THQ selling its remains in April 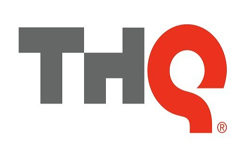 Darksiders still up for grabs

We've known for a while now that THQ is far from the company it was and is now bankrupt. Last month saw them auction off a number of high profile assets like the Saint's Row studio, IP rights for Metro and the publishing rights for South Park.

THQ still has a few things worth selling however, and in a new press release it says the following lots will go to auction in April:

I always had fun with the Destroy All Humans games, hopefully a publisher out there can rescue the series and put some new love into it.