Why no LEGO Lord of the Rings on Wii U? 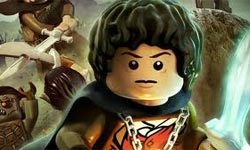 I'll tell you why

LEGO Lord of the Rings was released last month for a multitude of platforms - although one notable absence was the Wii U.

A spokesperson for publishers Warner has now revealed why this is the case:

"The primary reason is that Traveller's Tales and LEGO were already working on LEGO City Undercover for Wii U."

LEGO City Undercover is a Wii U exclusive, so did we get the good end of the deal there?

Personally I'm more than happy with the swap, LCU looks like great fun.