A new press release from Big N has a few announcements to make.

Nintendo today announced that the new Wii Fit Plus game will launch in North America on October 4th, and also revealed new colors for its popular Nintendo DSi system and for the revolutionary Wii Remote and Nunchuk controllers and Wii MotionPlus accessory. Starting September 13th, Nintendo DSi will be available in White and Pink, joining the Blue and Black versions already on the market. Additionally, this holiday season, Nintendo will release a new Black version of the Wii Remote bundled with a Black version of the Wii MotionPlus accessory, which brings precise motion control to games that have been designed for it. A Black version of the Nunchuk controller also will be available for the holidays. 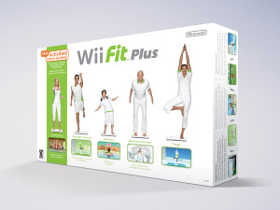 Wii Fit Plus: This enhanced version of the top-selling game offers a range of new features, along with new exercises, yoga activities and balance games designed to keep workouts fun. For the first time, users can customize their workouts to target specific areas of their bodies or to fill specific intervals of time. Wii Fit Plus will replace the current Wii Fit configuration at retail, and will be bundled with the Wii Balance Board accessory at a suggested retail price of $99.99. For people who currently own Wii Fit and want to add the expanded options to their fitness regimen, the Wii Fit Plus disc will be available on its own at a suggested retail price of $19.99 USD

White and Pink Nintendo DSi colors: The two new colors give consumers even more options to personalize their experiences. All models of the Nintendo DSi hardware come with two cameras and interactive options to let users create and manipulate pictures or sound in fun and creative ways. All versions of Nintendo DSi are available at a suggested retail price of $169.99 USD. 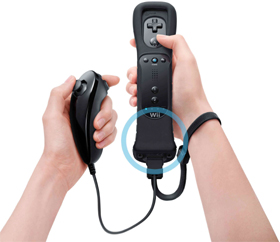 The Black bundle is the first new color for the Wii Remote and Wii MotionPlus. The Black Nunchuk will also be available as a standalone purchase.

Are we sure we're going to see this black Wiimote? I remember hearing about new colors like two years ago.

I remember hearing about new colors on the revealing of the 'Revolution'. They had something like six colors. Those were the days.

There better be a black Wii.

I'd love a transparent see-through Wii.

Yes - let's have a transparent wiimote, how cool.

Nah. The black Wii won't be coming until after these things come out, probably.