A wonderful thing about eShop is how more puzzle games are appearing for us to enjoy. Two Tribes gave us cheap tasters due to some financial troubles and most of them came out quite well.

Blocks are essential in puzzle gaming when it comes to simplicity and addiction, the most well known example is of course being the mighty Tetris. And thanks to the spurt of indie developers creeping onto Wii U territory it's time we get a taste of games that aren't fiddled about by publishers. 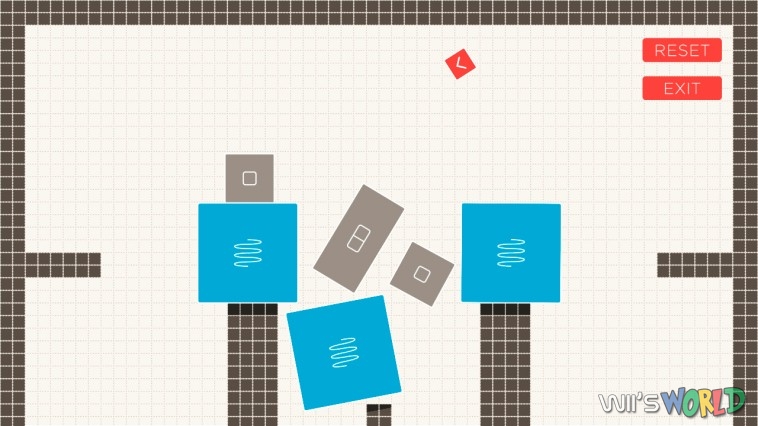 They are all at wonderful prices as well, with EDGE (*cough* check my review cough) at the price of £1.79, BLOK DROP U comes to £1.29. We all love a good bargain, but most of all for us lot who play games, we all love a good game.

BLOK DROP U is a puzzle game developed by RCMADIAX, one that didn't require a big budget. With that bared in mind I wasn't expecting fancy visuals or epic HD graphics that make your eyes melt. However graphics aren't essential when it comes to games, unless you're given a huge budget and then don't do shit with it. The game does well with the movements of all the items that are bouncing around the stage like a frog on acid.

BLOK DROP U is all about saving a little red block by making grey blocks disappear, so the red block can be flat and firm on the ground. Wii U's GamePad is the controller for this game and you don't need the TV to play it. You use the stylus to click on a grey block to make it disappear. 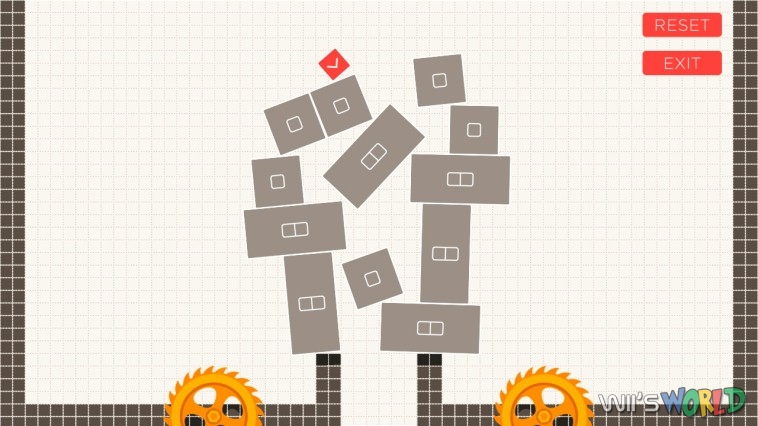 This gameplay is very addictive, I have to admit I got so glued into trying to rest the red block carefully. That red block is like a piece of expensive china, you break it and your grandparents will smack you around your head with their walking sticks. However the difficulty is an unbalanced part of the game. You'd expect the levels to get more difficult the more you progress, when it actually doesn't, it's a wave of good and bad levels.

The levels themselves don't hold much of a challenge besides the saw blades during the earlier levels. The blue blocks are trampolines pretty much, and when you know how to use them it gets easier. The difficulty is one of the main problems with this game, and also the amount of levels. There are 30 levels, which sounds like enough, but once you have done them all you are left confused as what to do next. Replaying the levels is fun when you show other people the video game, but by yourself it's what was a refreshing puzzling experience turning into a slightly dull recap session.

I managed to do the puzzles fairly quickly, even though some of the levels were challenging. BLOK DROP U lost its spark as soon as I completed it. Though younger gamers would absolutely love this, and for the sale price it's worth it. 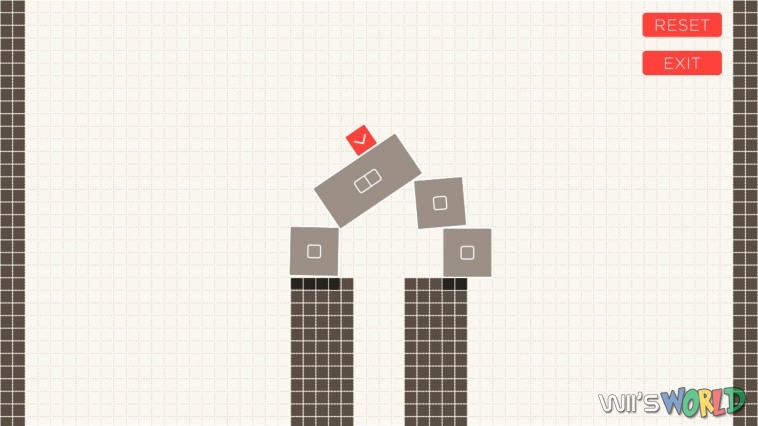 Musically the game only has one track, some ambient hip hop beat that doesn't get tiresome. It suits everything going on and gives the game a nice atmosphere, but it's all a loop with no epic moments in it.

BLOK DROP U has been built on a short budget, but it does have its redeeming qualities. It's a challenging puzzler at times, it doesn't take much memory on your Wii U when you download it and it's something to keep your mind occupied for a bit. You may complete the game in under an hour, but it's a unique entry in the world of block gaming that could have done with more levels and better balanced escalating difficulty.