Squaring up to new challenges

After reading on Wii's World about Two Tribes selling a few of their games at a lower price on Nintendo eShop I went to spend money on some of them. There is a small collection, all of them are puzzle games, including RUSH and Toki Tori.

The one that has caught my eye was EDGE, it has won awards so I went to find out if these awards were justified. EDGE is the third installment of the mini redevelopment list that Two Tribes has got going. 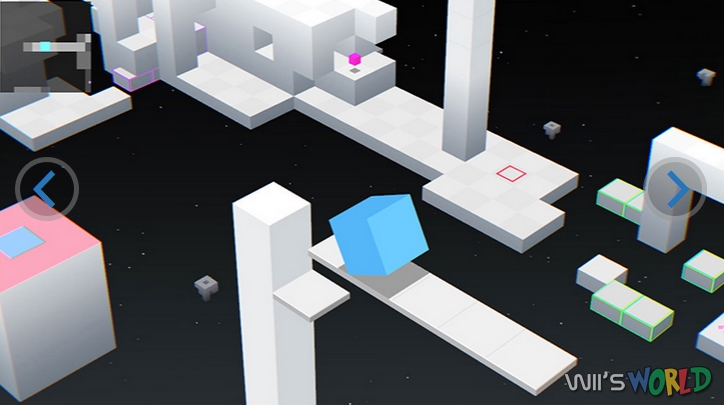 The first time I opened the game up on my Nintendo Wii U I was greeted with some nice 8bit related music, and for those who read my Retro City Rampage DX review, I like dat retroness. I will put my bias away, but I can say in the fairest of ways that even though the music is simple it's still nice to hear whilst playing the levels.

So I load up a new save and begin my journey through addiction and frustration. There isn't much to the visuals, but don't let that put you off, unless you adore nothing besides graphics, though the game does run at 60 fps. You're a cube that flashes different colors rapidly on a grey colored stage, which is nicely effective and distinctive. The cube reminds me of those lambs you would be able to get from some awesome geek website.

Your job is to get to the end without falling off ten million times whilst also finding out more ways to get to the finish line faster. Now just to put this out there, it is a lot easier to use the D-pad on the Wii U GamePad than it is with the analog stick. The analog stick controls aren't bad at all, in fact when it comes to sensitivity it's spot on, but if you don't have steady fingers then your cube will be floating around in space for a long time. Using the D-pad is one way of making life easier on this game. 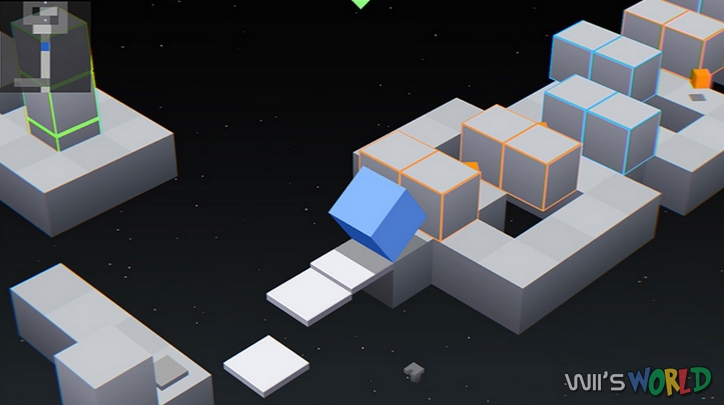 The controls do get very frustrating when you try to speed run in order to get a faster time, mainly on the later levels. It requires a lot of practice, which makes its replay value the maximum it can ever be. If you're a gaming perfectionist then you better make sure you have a lot of time on your hands, because you will be playing EDGE for hours on end. EDGE has that one key factor, it knows how to draw you in.

There isn't even a need for a storyline (not like it's possible with this game anyway), it's very addictive and the more you mess up, the more you want to play. Though I have to admit the space theme is a strange one, as everything moves as if it's on our planet, with the falling tiles just dropping into space without them floating away, the puzzle map floating for that matter, with the cube being stuck to the map with some sort of magnetic field... I think way too much.

The valuable "S" rank on each level is one of your main goals, the other one is to get a fast time. The obstacles do vary in different shapes, sizes and difficulty as the levels progress. Some of these take a fair bit of dying before you can find more secrets, or even get to the finish line. These puzzles get your brain going, with some obstacles that involve platform tiles falling away to shapes pushing you off the.. edge (heh).

Your every move counts, it reminds me of Mercury Meltdown with the camera angles and the maps, but in my opinion EDGE is a lot better when it comes to grabbing your attention.

The music to this game is brilliant as I previously mentioned, in some of the levels you will get calm 8-bit songs and some rather happy sounding songs. The moods of the tracks effect the gameplay a little bit, the serious music will dim your mood down and you're more serious when it comes to the level completion. As for the happier songs, it's a little more joyful to play with that in the background. 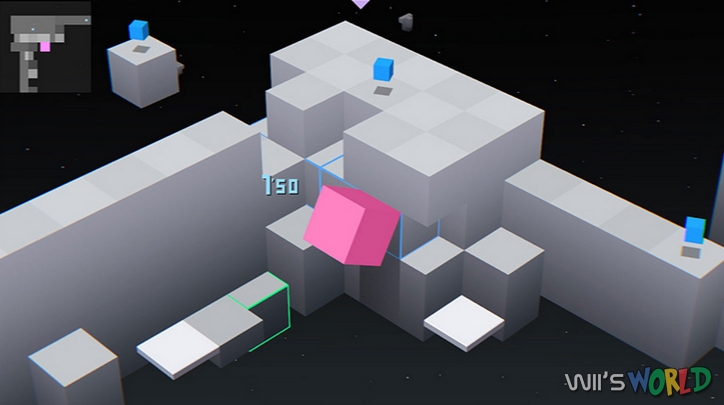 Throughout the course of EDGE you will be brought brand new challenges that will be quite confusing at first. On one level blocks are racing all around the place as if it's a Nascar race. You expect these blocks to completely mess you over, but in fact they help you along the way. I have to praise the unpredictable nature of this game as it gives you decent challenges that you wont expect sometimes.

EDGE is in the same league as games like Super Meat Boy when it comes to intense challenges and addictive puzzle games that can only be accomplished and learned from if you die a lot. There are over a hundred levels to try yourself out on, and with the low price I paid for I certainly got my money's worth. You will be hooked onto this, even if the controls can be really frustrating.

EDGE is brilliant in its challenging aspect, though you have to grow carefully with the controls in order to master the game.