Shantae And The Pirate's Curse

Shantae And The Pirate's Curse review

I suppose that got your attention, did it not? Don't get angry though, because that's exactly what this game is. But in all seriousness, who is Shantae anyway, and why should anybody even care? 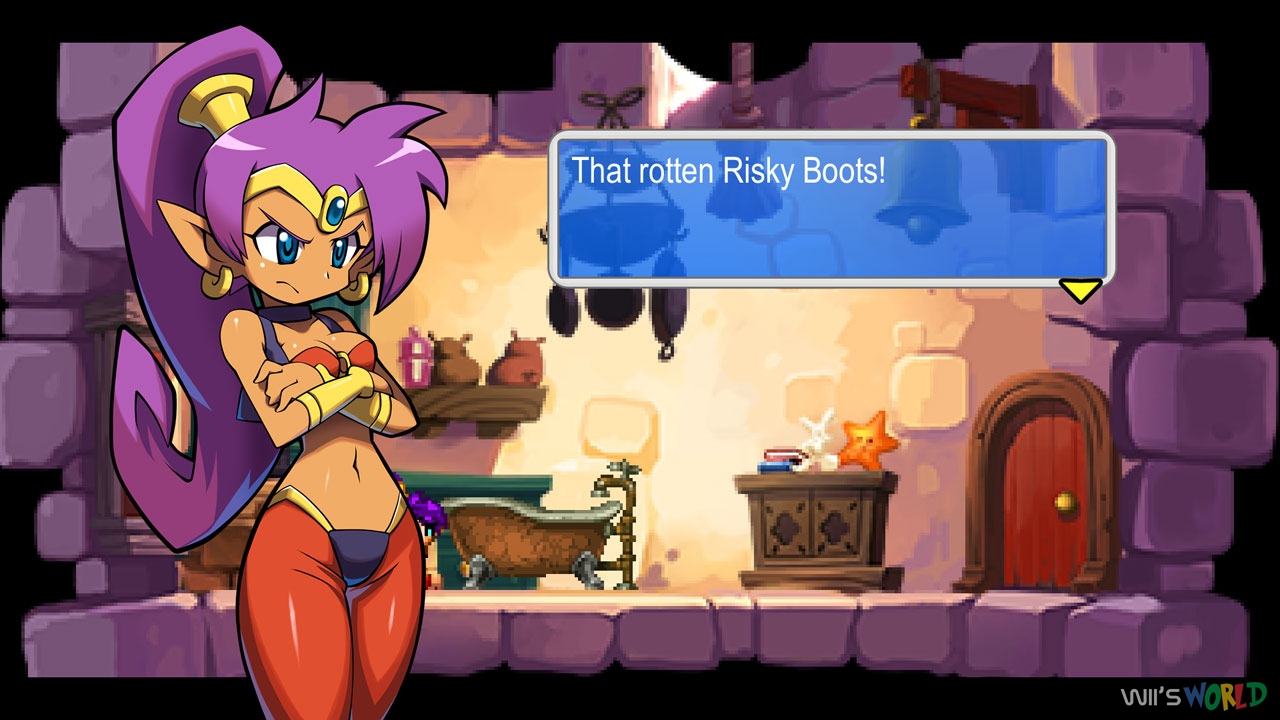 I was hesitant to download this title to my Wii U, considering that the game was initially priced at twenty dollars. It's not a bad price, but there are plenty of other quality games that are notably cheaper than this one.

But just one try at this game will likely convert you into a hardcore Shantae fan, and you may end up asking yourself why you didn't take that twenty bucks and pay up earlier.

So, more importantly, let's hear what the game is about: 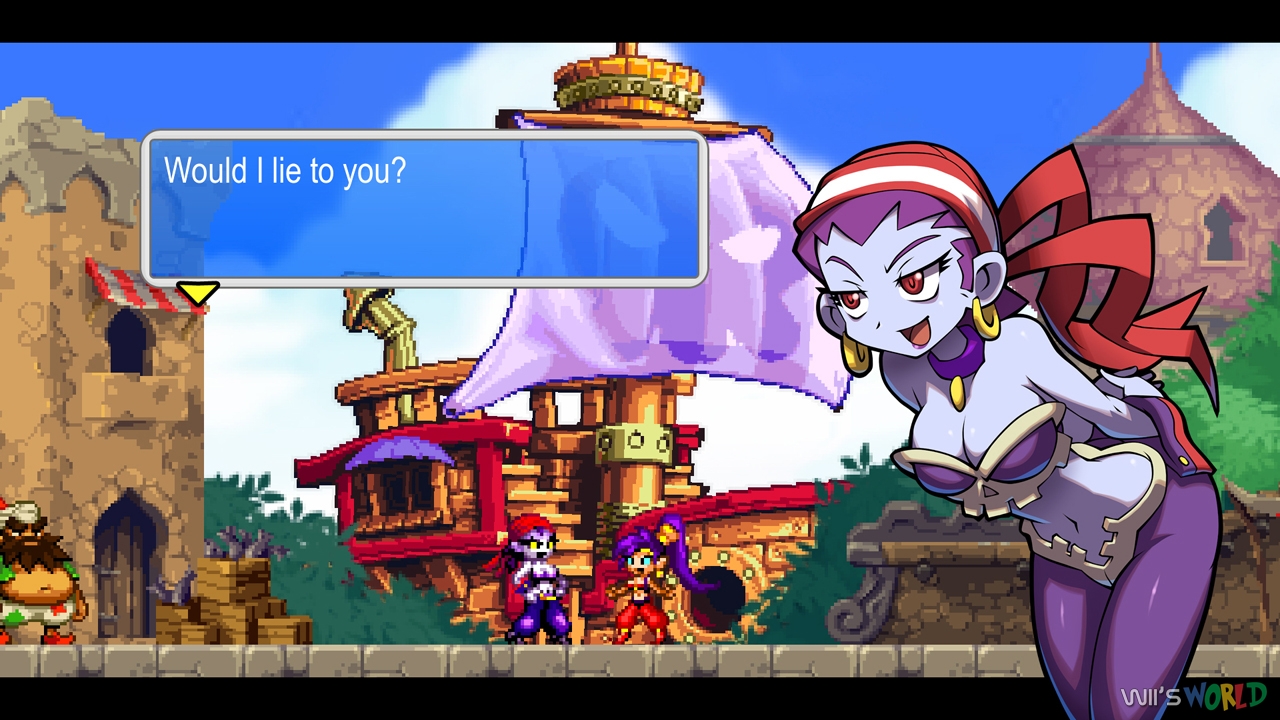 In short, Shantae is a game starring a sexy genie and her sexy friends. The game takes cues from classics such as Metroid and later Castlevania games, and even pays tribute to Zelda and Mega Man in various ways. The action seems to be a mix-up of the four aforementioned series, and though it may sound far-fetched, this game not only manages to pay tribute to them, but even surpasses them in some ways.

Not only will you acquire new weapons and items to progress further through the game, but there are plenty of optional hunts as well. You can collect "Heart Squids", aka heart containers a la Zelda, and you can collect "dark magic" to unlock a better ending. Not only will you gain awesome game-changing items, but you can also upgrade your character in the shop. This opens up a range of various possibilities and will make you ponder such thoughts as "should you upgrade the pistol first, or perhaps upgrade Shantae's close-range hair attack, or perhaps acquire a new move?"

There is also a huge variety of attacks. You can use your hair, a sword, and a pistol in a variety of ways. The controls are tight, and the Wii U GamePad (or 3DS screen) are put to good use for item selection and maps. This game strikes a beautiful balance between action and RPG, and is a true adventure game worth any dedicated gamer's time. 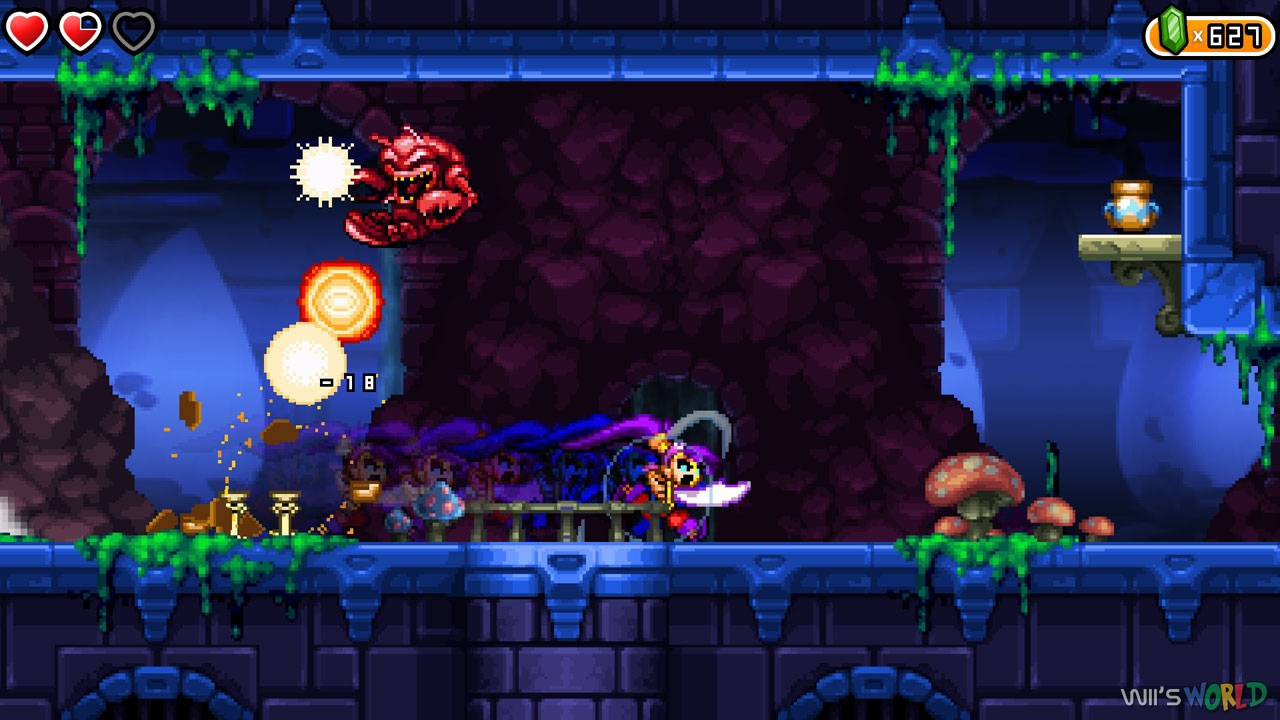 One thing that definitely sets this game apart is the characters. They are adorable and brimming with personality. Shantae is the steadfast, spunky do-gooder with tons of charm, and Risky Boots is the perfect counterpart - dark and cynical with a brooding smile. Other supporting characters enhance the story as well, and they are all unique and likeable in their own ways. From an overly sensitive giant squid-monster to a family of zombies, to a one-eyed parody of He Man, the crew at WayForward certainly did not lack creativity in character design nor the story they are involved in.

Speaking of the view, this game is probably best-suited for 3DS as far as graphics go. Oddly enough, it still looks very good on the Wii U. Obviously the game does not push the Wii U that hard, but the levels are just so well designed - not just in terms of gameplay, but in the variation of styles and settings. All in all, the game looks like a late SNES title, or perhaps a PSOne title, in a good way: That means there lots of sprites, lots of color, and that awesome parallax scrolling from days of yore.

The music is perfectly fitting for this game. The composer is once again the musical juggernaut Jake "Virt" Kaufman. He composed for Contra IV, Mighty Switch Force, and Double Dragon Neon. He doesn't pull any punches for this soundtrack either. The music is super-catchy, and each tune matches perfectly with each level. 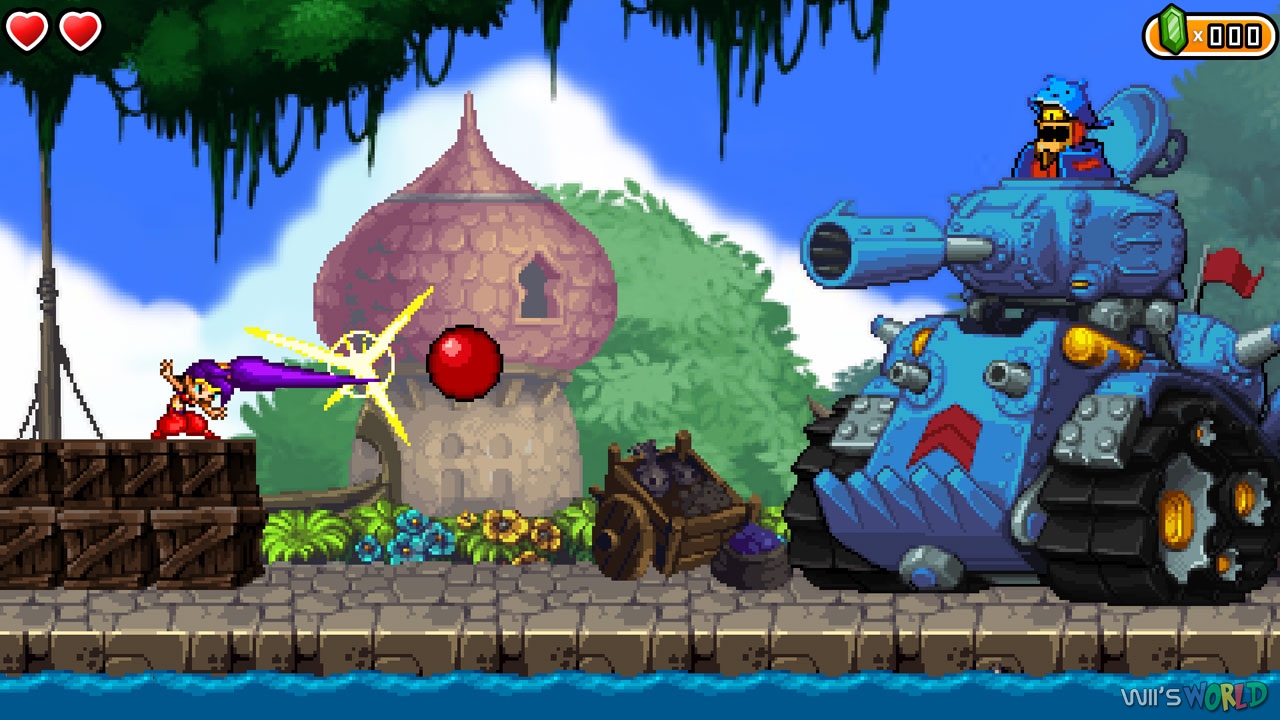 Another aspect of this game is that, like Super Metroid, and some Castlevania games, this one is an absolute blast to play through again and again. It's what one would call a "speedrun" game. The game even grants you "pirate mode" after the first victory. This enables the player to play with all of the main items unlocked. This almost completely eliminates any need for backtracking or revisiting levels - You can blast straight through and just enjoy the meat of the game at this point, minus a few parts that won't take more than a couple of minutes.

Shantae And The Pirate's Curse is one of the best titles on the Wii U and certainly stands among the best of the Wii U or 3DS eShop. For anyone who is pining for another two-dimensional Metroid or Castlevania, or just wants to play a solid, well-designed adventure game, please look no further. This is your game, and Shantae and company will leave you in a trance that you won't want to wake from.