Final Fantasy Crystal Chronicles: My Life as a Darklord

Final Fantasy Crystal Chronicles: My Life as a Darklord review

Its forerunner Final Fantasy Crystal Chronicles: My Life as a King went down well with fans and critics, but in this spiritual sequel we get something entirely different. The game opens with a narrative about Craydall the darklord and how he sacrifices himself for the good of monster-kind. After 16 years of peaceful bliss, his daughter is ready to take over the darklording business. Enter "Mira", a colorful warmonger, and your main character for the foreseeable future. 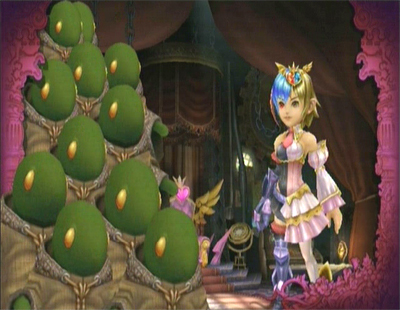 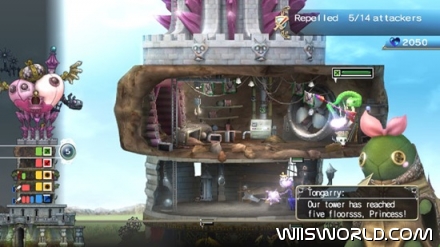 My Life as a Darklord is what's known in the trade as a tower defense game. Mira lives in a quirky ramshackle tower and in each level a string of would-be heroes try to storm it. If any of them reach the crystal on the roof (which is also Mira's dad, apparently) then you've failed.

Preventing these adventurers is no easy task as they come in different guises. Warriors, thieves, mages, healers, the works. You start each battle with a set amount of "negative points" (NP), you spend these on adding storeys to your tower and placing monsters inside them. There are a variety of room types you can choose from, some of them have weapons to cause damage, others have a more defensive slant. Each floor can hold between one and three monsters, which are also varied.

Certain types of monster will have an advantage over certain adventurers. A sort of triangular code exists in the game's rules: magic is strong against melee, melee is strong against range, and range is strong against magic. Getting to grips with this principle is a fundamental key to success, although at times raw attack speed is also an important factor. 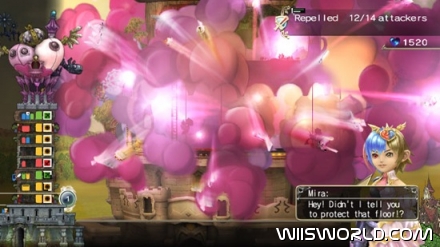 Enemies start out in the bottom right corner of the screen and enter your tower on the ground floor. Only one can battle in each room, meaning any others will carry on upwards if a fight is already taking place. Each adventurer has their own battle timer which ticks down, when it reaches zero they move on. Whenever your mobs manage to kill off one of these do-gooders, some NP is gained, allowing you to build even more floors and summon additional nasties. An important aspect of adding floors to the tower, is that new ones don't have to go on top, they can be slotted in at any level. This means you can, and have to, create rooms "on the fly" to meet specific targets. Without going further into the nuts and bolts of it all, the gameplay is deep and requires a good bit of thought.

That's not to say you have to be a rocket scientist. The game has a good learning curve, starting you off with only a few basic monsters and rooms, you pick up the others en-route. It also helps you with simple screens of advice early on, and later on when you endure a failure. If you screw up and your tower succumbs to goodness, you still gain some "karma points" (although not as many as you do when winning). Connecting each level is the overworld map screen, where you can spend karma points on leveling up your favorite monsters. 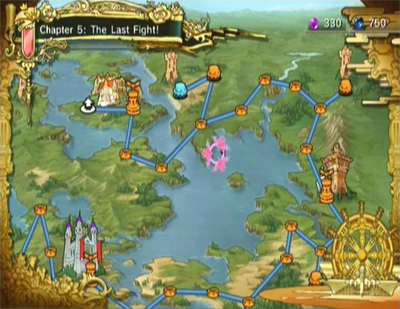 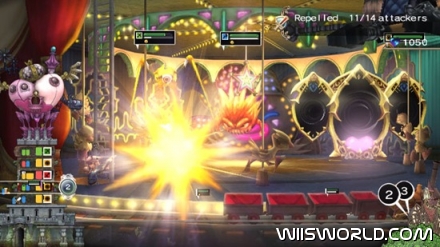 For a game that makes heavy use of selecting items on menus, you might expect to be using the Wiimote as a pointer device. The developers had other ideas. Sidestepping the obvious choice, My Life as a Darklord instead has you holding the remote sideways, navigating through options using the D-pad. Worse still, there's no support for the Classic Controller either. More could have been done in this regard, but the controls are at least functional.

Carrying the Final Fantasy brand, it's almost a given that the presentation is done to a very high standard. On startup you're greeted with a cool jaunty tune, setting the mood for the rest of the music used throughout, it's all upbeat stuff and easy on the ear. Mira doesn't say a great deal, relying instead on shouts, groans and dropkicks. The storyline progresses through cut-scenes using still images and text. The artwork for these is great, from Mira herself to her super-kawaii sidekicks the Tonberries. In-game visuals are also impressive, you're essentially staring at the same tower in every level, but the backdrop changes to indicate the time of day. The monsters and adventurers are all distinctive and well animated. 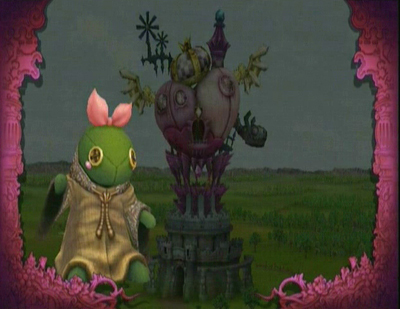 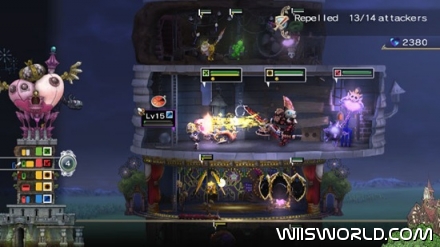 Weighing in at 1,000 Points, this is at the higher end of the WiiWare pricing spectrum, but there's a lot here for your money. The campaign spans five chapters, which should provide around 15 hours of gameplay (if you die a lot like I did). Square Enix has already put out some downloadable content, but most of it is horse-armor you don't need unless you're really stuck. Items like bikinis, tiaras and ribbons just allow you to start levels with more NP to spend. The extra maps are probably a better purchase.

If you're not averse to strategy then My Life as a Darklord is a great choice. It's a game that constantly has you thinking, while still keeping the fun factor up.

Glad to hear Wii have another good game on wiiware rather the constant flow of gimmicky mini games.

Finally, this is the next game I'm going to get, hope this is fun.

This game looks really cool. Wiiware certainly has some gems.