First off, it should be made clear that not much has significantly changed between the graphics and gameplay of Ace Attorney and Justice for All. If the sprite based characters and background art made you cringe in the first game you likely won't enjoy it now. Likewise, the gameplay involving first investigating crime scenes to look for clues and later going into court to point out every little contradiction hasn't changed either. However, there are a few interesting new quirks to the system. The first is that instead of the exclamation marks from the first title which indicated the amount of 'chances' Phoenix had to screw up on his contradictions, players are now given a life bar. Penalties imposed for wrong answers in court now vary depending on the severity of the offense and now can go as high as an entire life bar for certain events. Also of note is that you can present both evidence and character profiles in and out of court and certain character reactions can be unbelievably funny. 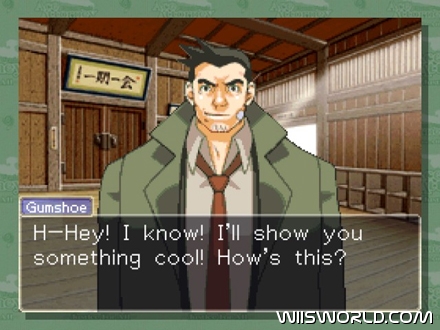 Finally, the new Psyche-Lock system is probably the biggest new addition to the game. With the help of a Magatama given to him by his partner Maya, Phoenix is able to literally 'see' if a person is hiding testimony or information through spiritual locks and chains. Much like in court, you'll need evidence before you can break these locks and have the testimony be admissible in court.

As stated in the review for Ace Attorney, Justice for All may not even be considered a 'game' by some, as it primarily focuses on the story as a digital novel of sorts. While the story in Justice for All's cases isn't quite as strong as that of Ace Attorney, it's still well worth seeing if you enjoy stories. The translation is top-notch and involves many pop culture references.

The first case, much like in Ace Attorney, is the tutorial case introducing any newcomers or refreshing the memories of those who forgot how the game worked. While this case (which introduces a character we later see in the sequel, Trials and Tribulations) is better than the tutorial level in Ace Attorney, it really isn't anything special, not does it relate to the rest of the game. 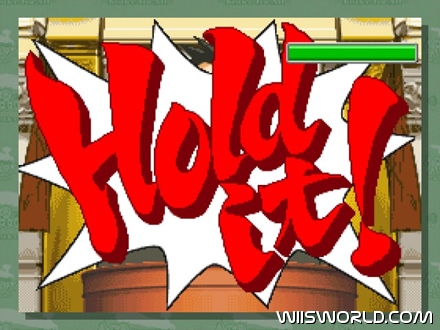 The second case is far more interesting and it involves Phoenix's friend and partner Maya once again being accused of murder. I won't spoil much, but the Fey family background is heavily detailed in this very interesting case, a great new character is introduced in the form of Maya's cousin Pearl and sets the groundwork for another case in Trials and Tribulations. Also introduced is a new prosecutor, Franziska von Karma, out for revenge on Phoenix though the form of this revenge isn't revealed until later.

The third case has Phoenix and Maya defending a famous magician in the circus, accused of murdering the ringmaster. Though in terms of story this isn't the best case in the game, it is definitely the funniest. Again, no big spoilers, but you'll see a clown who makes Fresh Prince of Bel Air and A-team references, a wisecracking ventriloquist's dummy who actually beats up his 'voice', and a stage performer from the deep south.

The fourth case is very long, yet it remains the most interesting. In it, Phoenix Wright for once isn't sure if he should get a not guilty verdict for his client! Characters from Ace Attorney are brought back including Will Powers and Wendy Oldbag for those who were fans of the Steel Samurai case. Maya is a kidnapping victim and a serial killer is involved. Again, no major spoilers but a terrific case that is worth the entire game's asking price.

Again, while this isn't the best of the Ace Attorney series, it is definitely worth buying. I do so love a good story...

I beat this on DS a month or two back, great game, good review. But are there still all the Horrible Spelling and Grammatical errors?