Should have been called 'Ace Attorney: Next Generation'

When Ace Attorney Investigations failed to live up to sales projections, many players feared the end of Phoenix Wright and company. With the modern convenience and lower cost of digital distribution, Capcom thankfully decided to localize the most recent adventures of our favorite finger-pointing defense attorney. While Phoenix Wright: Ace Attorney - Dual Destinies mostly maintains the standard of quality, there are some indications that the series may be starting to sag somewhat.

As Ace Attorney fans know, the game's story is actually more important than the gameplay in this series. While Dual Destinies does feature a number of well written cases, a few things do need to be pointed out for potential players. First off, Dual Destinies has probably the weakest final act in any Ace Attorney title. This two-part case gives a 'been there, done that' feeling, as many plot points have been used in previous Ace Attorney titles. The villain in this particular case is both anti-climactic and feels mediocre compared to the likes of Dahlia Hawthorne, Kristoph Gavin and Manfred von Karma among others. The case also feels like it does not need to be in two parts. Like a bad television story, the case appears bloated. 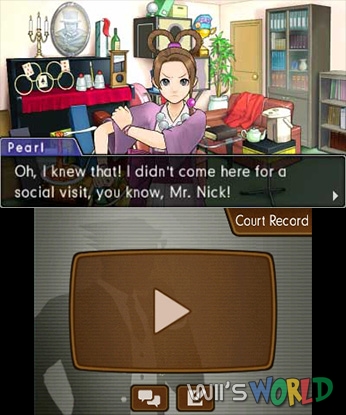 The last case aside, the other cases are very well written and fun. The first case is the typical tutorial level; this case involves a mad bomber and has a slight connection with the aforementioned final case. The second features pro-wrestling, Japanese culture, and a monster of all things. The third features a legal academy and is perhaps the best case in the main game. Finally, players should know beforehand that the majority of the game involves Apollo and Athena, with Phoenix only starring in the first and half of the fifth cases, which makes one wonder why his name is in the title.

In general, gameplay has not changed much since the original Ace Attorney. Players spend half of their time investigating crime scenes, talking to people and gathering evidence. Apollo Justice returns from his title to lend a hand, and sequences involving Apollo's mystical lie-detecting bracelet are used sparingly during investigations. As ever, the courtroom battles are the most interesting aspect of the title; along with pressing for information and presenting evidence, new character Athena Cykes uses analytical psychology in a new mechanic. Called the 'Mood Matrix', players analyze emotions which differ from witness statements in order to make them more truthful. This mechanic would be really cool, if it weren't for the fact that players are never penalized for incorrect answers.

Graphics are enormously improved over previous titles. While there is the rare animated cut-scene, most of the game features well rendered 3D models as opposed to the sprites in previous titles. The characters are still very expressive and animated, and 3D effects have the giant 'Objection!' and 'Hold it!' phrases pop out of the screen for comedic effect. Backgrounds are also better modeled and feel more interactive than the relatively static backgrounds of previous titles. 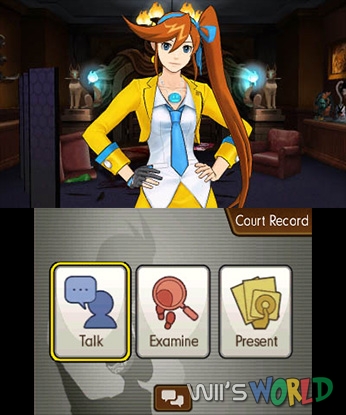 Truthfully, the music is slightly disappointing compared to other Ace Attorney outings. The music is good, it just doesn't stir emotions the same way the other games did. Sound effects are similar to previous titles, and as always, voices are limited to the characters yelling out in court. Though character voices are used in animated cut-scenes, these are so infrequent that they do not really have an effect.

For those disappointed with the game's final case, Dual Destinies thankfully does have an extra DLC case. This 'special episode' involves Phoenix's first case after getting back his attorney badge, and his defendant is a killer whale of all things. The case is not only long and well written, but the sheer novelty will make fans want to see what comes next. The DLC is extra, but for five dollars it is well worth the asking price.

As the title is now, Phoenix Wright: Ace Attorney - Dual Destinies largely retains the series' quality writing and courtroom drama. That being said, the game's final chapter is a large disappointment and the title only feels complete with the extra DLC case. Ace Attorney fans will enjoy it, but hopefully Phoenix's next case will have greater cohesion.