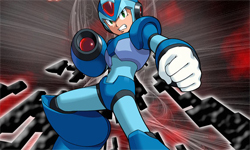 Capcom may have angered many fans with their iOS game Mega Man Xover, but it's not game over according to a Nintendo Power interview with developers Capcom:

"I can say with certainty that you've not seen the last of the Blue Bomber on consoles and handhelds, and, with luck, we'll be celebrating his 50th anniversary, including all of the games you're going to enjoy over the next 25 years. That said, an issue we've had in the past has been talking about games and announcing them before we're certain they're going to come out, which unfortunately has led to profound disappointment for many fans. So for now, I'm going to have to stay mum about any details." - Christian Svensson

It's hard to trust Capcom at the moment, they've been going through a rough patch for a while.

it has been awhile