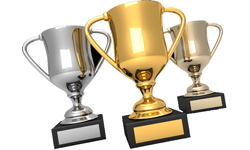 As picked by Wii's World staff

My game is of the year is Mario Kart 8. Now I know Mario Kart Wii wasn't the most popular Mario Kart game, but I loved it. Mario Kart 8 expands upon everything Mario Kart Wii offered, better graphics, more options, better tracks, fantastic online play and great customization. The anti-gravity zones add a new element to the already perfected Mario Kart gameplay, and each track is unique and fun to play on.

Being a huge fan of Mario Kart, I picked the game up on launch day and still play it regularly to this day. On top of all the games content, the first of two DLC packs released a few weeks ago, adding even more characters, tracks and karts. If you're a Mario Kart fan, this is a must buy for your Wii U system.

Ultimately, Bayonetta 2 feels like a game almost too good to appear on the Wii U. Truthfully players should simply be thankful the game was even able to be made, especially with this level of polish. Fans of action games or those willing to put in some practice will love the title, though it is not for the faint of heart. No game is perfect, but Bayonetta 2 proves that with a little more effort, Nintendo could have third party titles just as good as Microsoft and Sony. If Super Smash Bros. had better online, it would be the best game of the year for the system, but as it stands, Bayonetta 2 is mine.

Shovel Knight may appear to be just another dime a dozen, retro styled indie game, but its much more than that. Just playing the game shows you the amount of love the good people at Yacht Club Games put into their first title. It is one of those rare games that has managed to find a perfect balance between difficulty and reward, and it really goes a long way to help the game replay value. The art style is very reminiscent of the games I played growing up, but the characters also each have their own unique design and personality.

Even with all this praise, the real crowning achievement in Shovel Knight is its fantastic soundtrack. The amazing score by Jake Kaufmann and Manami Matsumae is absolutely incredible. Every level has a distinct musical feel and each one of the Knights even has their own specific boss theme. This is still a soundtrack I listen to regularly and it even features my favorite gaming song of 2014. Shovel Knight may look like just be another nostalgia trip, but it offers far more than another Mega Man throw back. Any gamer ,whether they started playing games two months ago or two decades ago, can play this game and appreciate it for what it is, an absolute masterpiece.

It's safe to say that 2014 was a great year for Nintendo games! Gamers were treated to the likes of Captain Toad, Mario Kart 8, Shovel Knight, and Super Smash Bros. As great as all those games were, there was one that stood above the rest. One that earns my vote for game of the year... Bayonetta 2!

There were so many things in this game that made it stand out for me. From the easy to learn but deep combat system, epic boss fights, interesting co-op mode, and the inclusion of Nintendo theme outfits, this game packs so much - and pulls it all off with near perfection. However, the greatest strength of this game is just how crazy it is! What other game has you fighting a dragon while surfing on a water tornado - as you fend off angels while atop a jet? Or fighting your rival sage as a giant kaiju fight rolls by in the background, all within the first two hours!

Bayonetta 2 is a game I would recommend to any Wii U owner without hesitation!

Mario Kart 8 did nothing but exceed my expectations. Despite being quite annoyed at the amiibo content on MK8 (mii costumes are cute and all, but having the actual characters would have been brilliant), it's graphically mouth watering and the controls are incredibly comfortable, with gorgeous tracks to burn rubber all over. Even though battle seems to be lazy with the racing tracks, overall it's a wonderful game.

The online feature is the main calling card, it's worthwhile when you've unlocked everything and raced on all the available tracks (the DLC is worth it, you can get Link!). The best Mario Kart game since the DS one.

Looks like I need to play Bayonetta 2, since it seems to be pretty popular on this list. My final two came down to Mario Kart 8 and Shovel Knight, so I completely agree with Mario Kart being on this list as well. It was a banner year for Nintendo consoles in 2014, so it was actually a really difficult choice to choose just one game. I'm also honestly surprised there's no Smash on this list, but I guess there is still a chance one of our other staff members could pick it (Where's your pick, Rob? ;)). Good job all around, guys!

Bayonetta 2 is pretty awesome Zach, but Shovel Knight was too! I'd say that there are two reasons Smash is not on the list: First, it isn't a drastic improvement on the formula like how Melee was over Brawl, i.e. it's more a 'by the numbers' sequel. The other is that Nintendo still does not seem to care about online play, and that was a huge disappointment. Considering that it came out six years after Brawl, they had enough time to figure things out! Mario Kart 8 also seems to work well online, so why not Smash?

True. I've put in a pretty significant amount of time into the online for Mario Kart 8 and I've rarely dealt with any kind of lag. I haven't put a lot of time into the online for Smash, but I have noticed lag in a lot of the matches I have played. It is a shame, but I guess it has to do with different teams working on the game. Perhaps the Mario Kart team just had a better understanding of netcode and online than the Smash team did. I guess this is the difference between a game being developed in house and one being handed off to a third party.

You know, I actually did forget about how Smash was mostly developed by Namco! You're likely right about the cause then.