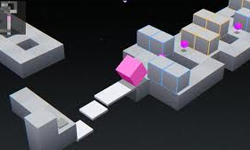 For those of us excited about getting our hands on Toki Tori 2 the wait shouldn't be too much longer. Developers Two Tribes aren't stopping there though, there are likely to be other releases from them on the Wii U eShop - as revealed in this official tweet:

Now that Toki Tori 2 is in the final stages it's time to look ahead. We're thinking of bringing our cube games EDGE and RUSH to Wii U too.

Would you welcome these games, or have you already been milked dry and want something new?

Edge and Rush are both great, but I don't want to buy them more than once. It's a good opportunity for new players, though, if the price is sensible.