Published by Warner, Developed by -

The best superhero game of all time just got better.

As a longtime Marvel comics fan, the release of the original Batman: Arkham City was bittersweet. Sure, I enjoy a few DC comics superheroes, but Marvel is really where my allegiance lies. I wanted more than anything for the next great superhero game to be Spider-Man or Captain America or dare I say an Avengers game. I actually do like Batman quite a bit and he would definitely be my hero of choice from the DC universe, but I digress. Batman: Arkham City has been hailed by critics and fans alike. Game of the year nods have been given from the finest gaming sources out there. With the announcement of Arkham City coming to the Wii U only the original Wii adopters may have been heard jumping for joy. This was one of those games that everyone wanted to play, but Wii owners were out of luck. Now that Nintendo fans have the opportunity to BAM! POW! their way through the latest Batman game, many questions have to be asked. Is there enough content here to warrant a purchase considering the previous versions are now half the price brand new? Will the developers at Rocksteady Games try to pull out every gimmick of the Wii U GamePad? Lastly, is this game too little too late?

As a huge fan of the original Batman: Arkham Asylum, I could not wait for the sequel. I certainly was not going to wait an extra year for it to arrive on the Wii U. I had my chance to play on the PlayStation 3 previously and I absolutely loved this game. That being said, I more than willingly picked up the latest version of the dark knight's adventure when the time came. 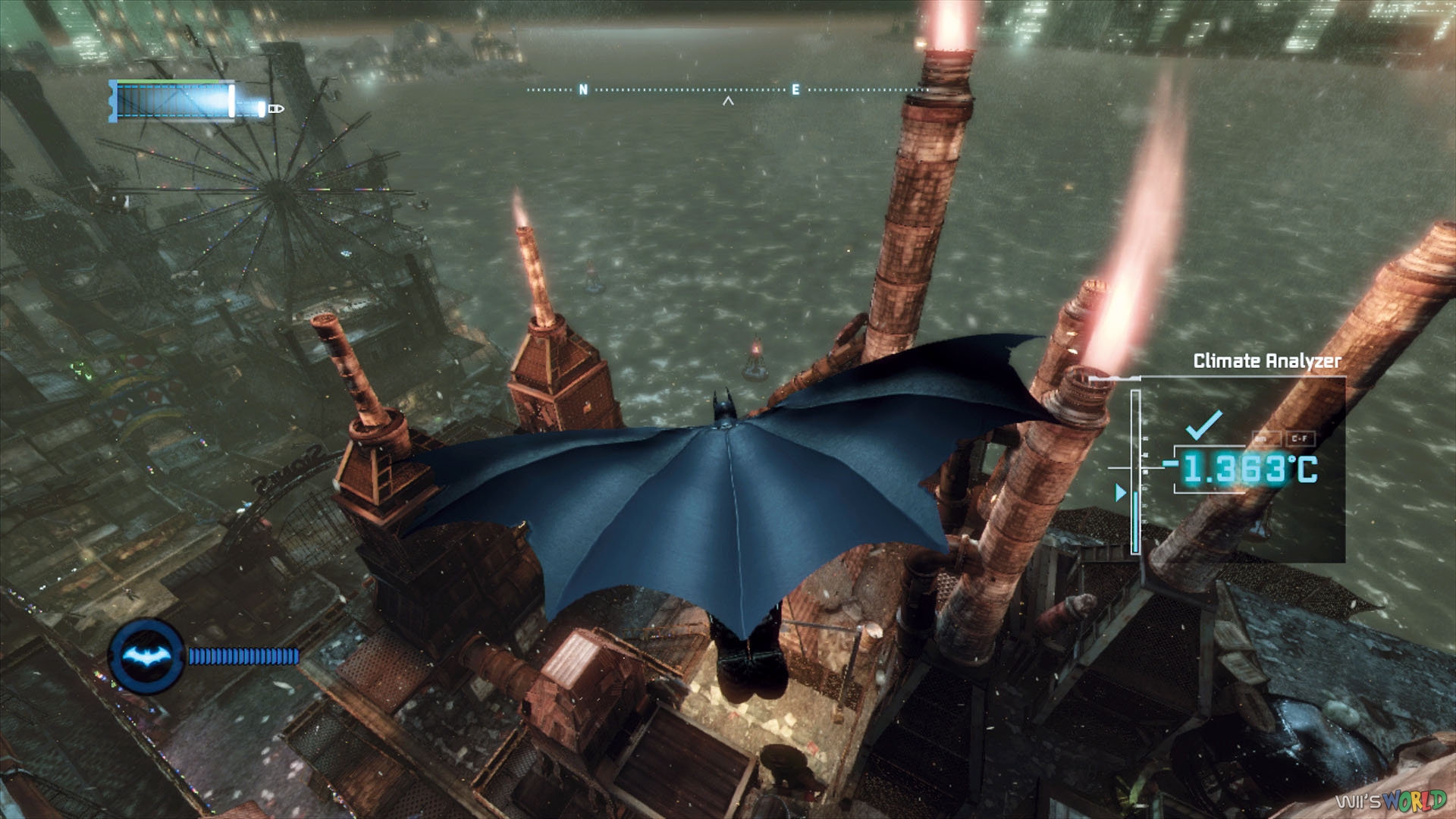 Arkham City plays gloriously and there are no stumbles along the way. The combat that has been duplicated by many, but never perfected is still my favorite aspect of the game. It's easy to get into, but throw in weapons, abilities and counterattacks and you will be left in awe once you manage to take out 25 henchmen in one single combo. I cannot stress how much fun the fighting is here. Every time Batman connects an attack there is a visceral thud that almost makes you feel like you are there. This is truly amazing stuff.

There could not be a Batman game without his trusty cape and gadgetry, and they definitely make a glorious appearance here. Consider Batman's cape as another appendage as it becomes almost a part of him during play. Traversing the city turns into an near-poetic performance of free falling and gliding mixed with fine tuning. Upgrades allow the player to navigate the city to an unbelievable degree. As large as the city may be, once you master the use of the cape you can literally travel from one end to the other without touching land as you dip, dive and hook-shot your way along. Batman's cape is also as useful in defensive combat as any gadget in his arsenal. Batman's tools include grappling hooks, electric charges, explosive gel, communication decoders and more. All of them are wonderfully realized and handle exceptionally well in this latest version of Arkham City.

Even though Arkham City is consistently impressive, the presentation is head and tails above everything else. The manner in which each villain is depicted and the way that everything ties in with the story is nothing short of astounding. As many characters as there are in the game, Rocksteady takes extra measure to make sure that each one stands on their own. As lengthy or as brief as an appearance may be from a given performer, no one ever seems to "phone it in". Every voice actor here is top notch, with special nods given to Mark Hamil as the Joker and Kevin Conroy as The Dark Knight himself. Although there are two main stories here, the relationship between Batman and the Joker is twisted, compelling and utterly addicting to watch. This is the story that I wanted the Dark Knight Rises to be. There are a plethora of twists and turns, the story sucks you right in. With a plot so engrossing, there would need to be a graphical fidelity to sell the acting. The animation and facial expression are a cut above many games out there. Just looking at the Joker's infected, emaciated body gave me chills that sent shivers down my spine. With every cough and wheeze, I was convinced that he would stop at nothing to kill "Bats" and find a cure. This is a video game, right? It sure doesn't feel like one after a while. This has become something so much more. 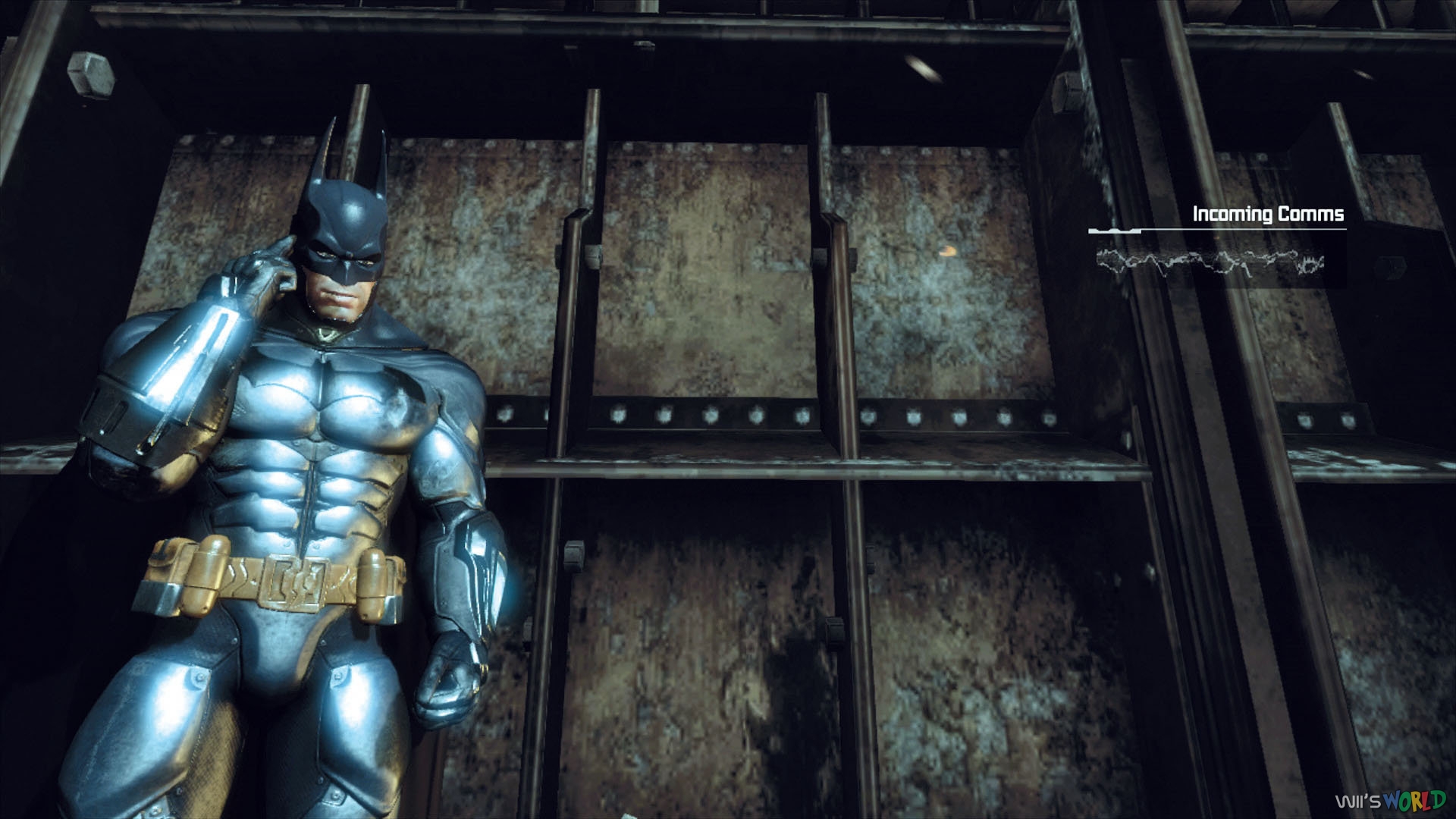 Of course with a new Wii U release comes Wii U exclusive features. With a game like Batman, you could easily see them tacking on some gimmicks, but I can honestly say that this is the best use of the GamePad so far. First off, the pad is used very creatively here. Rocksteady managed to find a way to use a gimmick without making it feel so... gimmicky. My favorite was the use of the decoder. As Batman you come upon locks that need to be decoded. You pull out your decoder and are then prompted to look at your screen. This leads to playing a type of minigame that has you searching for the right signal. It's a very cool feature that made me feel that much closer to being the Dark Knight himself. Another use for the GamePad is as an intercom for talking to Alfred, the Joker and other characters - which is, for lack of a better word, awesome. There are tacked on gimmicks such as controlling the batarang, but thankfully you can choose to turn that off or just ignore it. Also, the GamePad's screen is used as mini map that you can tap to create custom waypoints. Lastly, the whole game can be played using only the GamePad if you want to forgo a TV screen. Arkham City really takes full advantage of the Wii U and I could not be happier.

Along with the Wii U specifics, all previous DLC from the original version is included here. You get every challenge map, playable characters for the maps, Catwoman's missions and Harley Quinn's revenge story. All of this is included for the usual price of a retail game. There is also that added benefit of the armor from the Armored edition that the title pertains to be. This includes preset armor and a fighting boost in the form of electrified gauntlets. The gauntlets build up power over time and when the meter is filled Batman's fists become electrically charged to make combat much less of a challenge.

Batman: Arkham City may have closed the chapter on one story, but with a slew of villains still running loose, there may thankfully be many more that are yet untold. With all of the content included in this package I find it impossible not to recommend this game to anyone who has not played it before. Even if like me, you have played Arkham City, there is still good reason to buy this game. With intense, visceral combat, a ton of side missions and a story that's ending tore me apart emotionally, Batman: Arkham City Armoured Edition is the best Wii U game out there. This is the closest you will come to actually being the caped crusader. Holy great game, Batman.