Published by THQ, Developed by Vigil

When Darksiders first launched in January 2010, it was met with an almost palpable level of pleasant surprise. Many gamers were in the mist of a post Christmas lull and few expected things to pick up again till the summer, however Darksiders was one of the founders of what is now seen as an all year round release quality. Set against the now familiar backdrop of a post apocalyptic world, this tale of a dishonoured rider of the apocalypse was filled with some great ideas, characters and imagery that has allowed it to live on in the minds of many-a-gamer since.

However despite all of its originality, its structure was in many ways similar to that seen in Nintendo's Legend of Zelda franchise and it soon became known as a great alternative for those who had moved away from Nintendo in the recent generation. So it is with a sure sense of irony that the franchise has appeared as one of the Wii U's early additions in the form of Darksiders II. Unfortunately this sequel does not quite live up to the expectation created by its predecessor in narrative, gameplay or even on a technical level. However it does still serve as a fun and interesting distraction while awaiting the arrival of better titles that are sure to grace Wii U at some point. 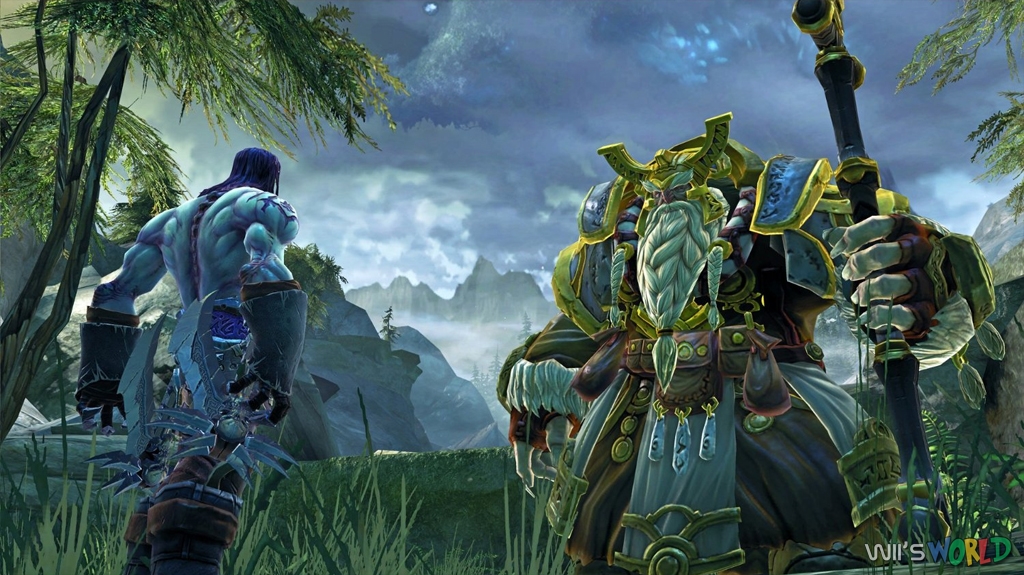 Right from the offset it is clear that Darksiders II is a sidestep from the original cliffhanger left by its predecessor. Taking place as a parallel tale rather than a follow up, players this time take control of Death himself, the second of the four riders of the apocalypse. From the word go this does give the game a slightly anti-climactic feel. Avoiding spoilers, I can say that the story left at the end of the first instalment is one many were looking forward to seeing play out, alas it seems this was not meant to be.

In terms of structure Darksiders II is a little more open than its predecessor, boasting huge areas throughout its 15-20 hour plus campaign. The problem is that many of these areas are barren and a little bland in execution. This in turn means instead of creating an interesting, vibrant world to travel through, the player is left with what feels like large wasteful areas and boring horse sections. Luckily there is a fast travel system, however I can't help but feel that this was a bit of a missed opportunity and a step backwards from the original Darksiders' careful balance of areas and enemies.

Having said this, the high level of art direction seen in the first game is still present here and many of the smaller areas are incredibly well realised. It just seems that maybe the ideas for the larger scale sections of Death's journey were a little too big to be crafted to their full potential. But there is still plenty to do in Darksiders II. Optional dungeons, coliseum battles and a borderline ridiculous amount of collectibles are all present here when the story is done and some, if not all, will keep you coming back. 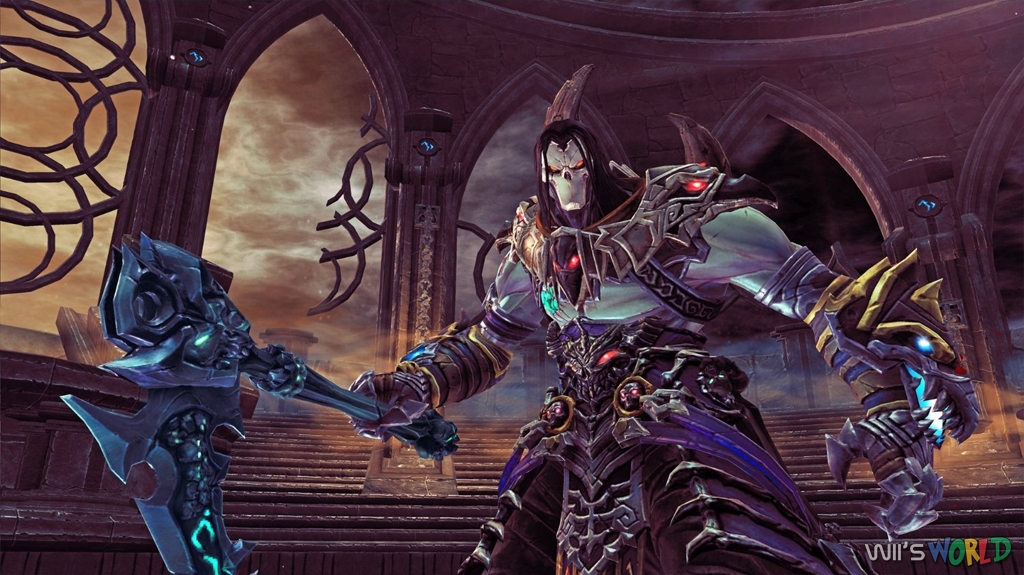 Death himself is a somewhat interesting protagonist as the game begins, although as it progresses he serves as more of a vessel for fetch quests than a purveyor of the worlds lore. After 10 hours or so you will be asking yourself why Death is continuing to do what amounts to little more than lesser beings' shopping lists? Darksiders placed War in a position where he had to complete tasks to survive and created a decent suspension of disbelief. Unfortunately the same cannot be said for Death and his tale.

It's not all bad news on the story front. Despite Death's poor motivational devices and a general lack of progression, the story here does contain a lot more information about the Darksiders universe as a whole. Backgrounds on races and beings even present in the first game are a welcome addition here and although they will be overlooked by some, it is commendable that so much effort was put in to crafting a world for these tales to unfold.

Where Darksiders II really shines brighter than the first game is in some of its combat and loot mechanics. There is now a full loot system, similar to that seen in Diablo or Borderlands, and it is more than a perfect fit here. Outfitting Death for battle or equipping a new weapon type and altering your play style is what the combat system is all about and it is a real joy to see this aspect implemented so well. 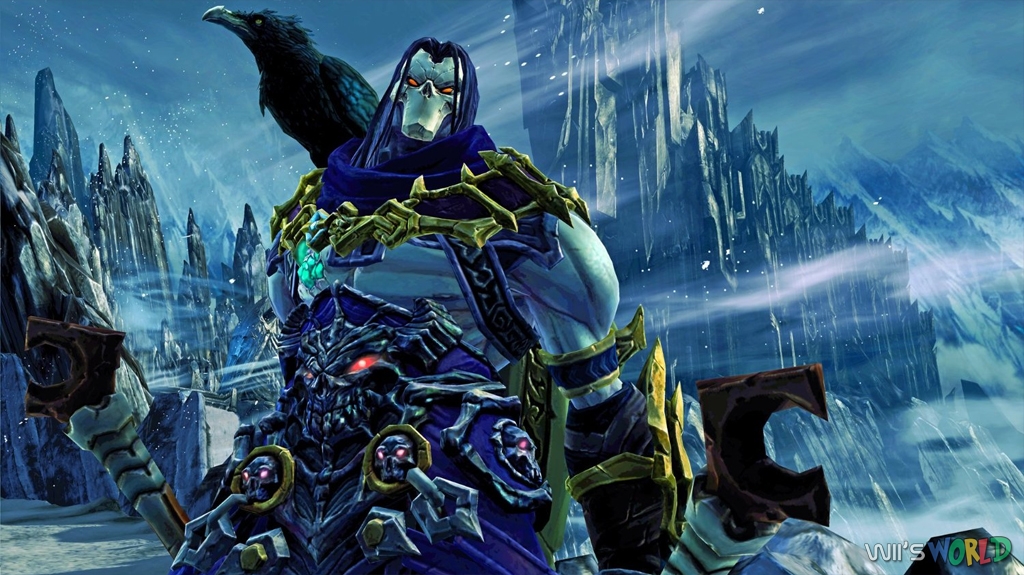 There are also damage stats added and HP numbers when attacking. This coupled with the new quicker combo system makes for a truly awesome battle engine and it is fair to say that the combat stands toe to toe with the best games of the genre.

Having your inventory on the Wii U GamePad also helps to augment the experience tenfold. This in conjunction with the off-TV play and map features should mean that the Wii U version is the definitive Darksiders game, however this is not the case for other reasons.

Despite being a buggy game on other formats, the Wii U version is the worst of the bunch. Frequent freezes, glitches and blockers marred my progress regularly and some could even render your save file useless. It is an unfortunate fact that this seems to be just a bad port when it could have been an opportunity to show how the Wii U can make current titles even better.

All in all Darksiders II is not a bad game, but it's not a great one either and that's a real shame given how the franchises began. Fans of the original should pick this up at some point as it may be the last we see of an original world that once had a lot of potential.