Is this the Avengers game we have all been waiting for?

Superheroes have made an enormous comeback within the past few years. As a longtime Marvel fan, I am particularly happy. It seems that there are at least two Marvel movies a year, with video games following suit. While the movies may have been successful, the same cannot be said for their video game adaptations. It is usually the standalone superhero games that don't rehash an all too familiar story and aren't rushed out the door to meet a film release that are the more successful ones. As I learned more about Marvel Avengers: Battle for Earth, I became cautious. Because the game is only being made available for the Wii U and Xbox's Kinect, I expected it to rely on gimmicks for its gameplay. But what I didn't expect was to have as good a time as I did while playing through the latest from Marvel Entertainment.

Gimmicks aside, I was genuinely intrigued with this title when I first heard about it. It was an Avengers game and as a huge Marvel fan, I was already going to buy it. Learning of the game's cheaper retail price and motion control specifics I thought I knew what I was in for. Picture the Marvel Vs Capcom games without Capcom, without intricate combos, place the camera behind and closer to the main character you are playing and throw in a bit of Infinity Blade from the iOS platforms and you have Marvel Avengers: Battle for Earth. 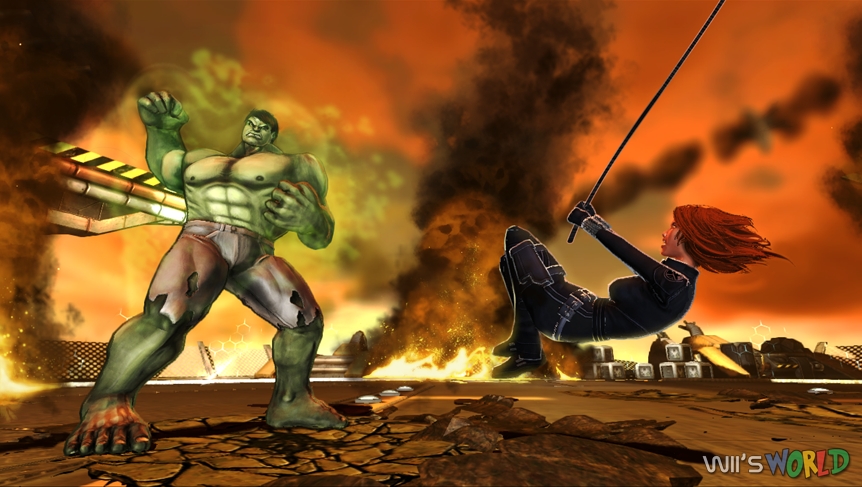 The gameplay is very confusing if you just jump right into the story mode as I did. I expected to play the game as a traditional fighter, pressing buttons and swiping the screen of the Wii U's GamePad. Not much happened because very little of the actual fighting in the game uses the buttons and analog sticks. There is a punch button, which no matter the character you pick acts as a projectile. There is also a kick button, which is actually placed on the screen along with every other action. Those are the two basic attacks. There are 3 other attacks which are considered special attacks that you can chain together to create combos and build up your special meter.

This special meter should be familiar to anyone who has played fighting games in the past. If the special bar is filled half way you build up a breaker that interrupts your opponent's combo. If the meter is filled completely you earn an 'Ultra' attack. This is similar to the special moves in Marvel vs Capcom or Street Fighter, only these specials are very disappointing to watch. Every special starts off differently, but end the same way with your opponent in the air and you furiously tapping the screen of the GamePad or punching the air with the Wii Remote. I would have loved to see the specials fully realized in a way unique to each character. Fighting opponents to reach special moves is like playing a very cinematic, entertaining, slightly altered version of rock, paper scissors. It seems a bit on the simplistic side which may be to introduce newcomers into the fighting genre, but as fun as it can be it grows stale after the campaign is over.

The great thing about the game, though, is that it plays two ways. Playing with the GamePad will be instantly familiar to anyone who has played mobile games on the iPhone, Android or any other smartphone device. Playing with the Wii Remote and Nunchuk is more involving and exciting. You almost feel like a superhero while throwing your hands forward to toss Thor's hammer or whipping your hands to fling Captain America's shield. This is a great way to control the action and I recommend playing this way for the most enjoyable experience. 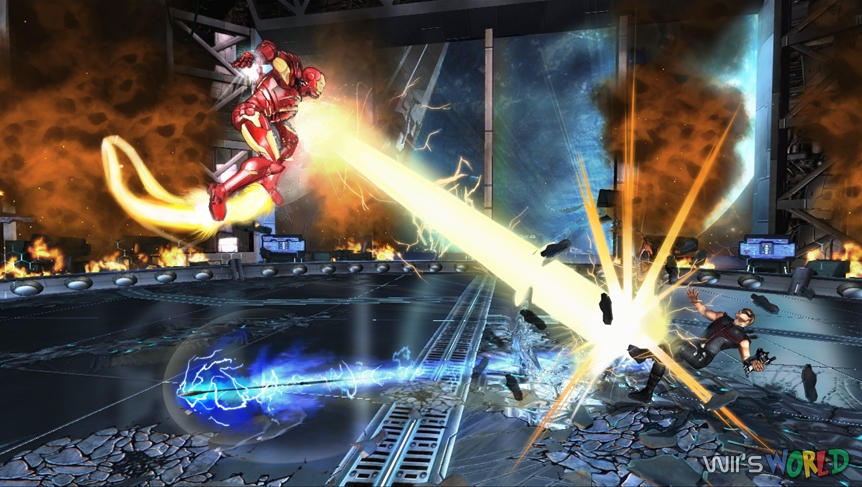 While watching the opening cut-scene, I couldn't help but stare in awe and reach new levels of excitement. This cinematic is beautiful, full of action and the ending made me want to play the story and experience an amazing narrative. Boy was I wrong. The other cut-scenes are just still images with brief explanations of what was going on. What happened to the beautiful cinematics, the enthralling story and my level of excitement? The game's visuals and story are just not interesting. The in-game graphics are acceptable, but there is nothing too interesting going on. A few levels are very pretty to look at, particularly a jungle themed arena with a T-rex in the background. The visuals overall are serviceable, but don't even try to push the hardware.

The audio experience doesn't do anything special either, but is alright. The characters sound fine, with decent voice overs, with the exception of the Hulk. He is particularly great to listen to and play with. The voice of the antagonist during the still frames in the campaign is grating. I understand that the villain is supposed to sound that way, but it almost makes me want to skip the story portions of the game. The attacks, the music and the sound effects are all fine, but again, I feel like there could have been more.

There are quite a few modes to play through that should give the game some legs. There is a tutorial mode, tournament mode, arcade mode, versus, challenges, the Uplay challenges from Ubisoft and a few extras. If the game mechanics don't wear thin for you quickly, then there is plenty to keep you busy. I am hoping for downloadable characters and more DLC to give the game some more longevity. Overall, Marvel Avengers: Battle for Earth is a game that actually makes good use of its gimmicks and licensing. Unfortunately the simplistic gameplay and lacking narrative make for a decent Marvel experience instead of the amazing one it could have been.