There was an arcade quite a while back in the mall near my house. This was of course before they were put on the endangered species list. A 3-year-old blonde haired boy pulled up a crate to stand on just so he could reach the buttons to his favorite arcade game in the world. The 'bling' of the coins, the 'boo', 'boo' sound of the jump and the famous - almost ominous music of the underground level (you all know which one I am talking about). That little boy would spend 5 dollars a week just to experience the thrill of being that short, funny-looking plumber. That little boy was me. I grew up with Super Mario Bros. and it contributed to my love of video games, but I digress. All of these feelings come rushing back as soon as I press the start button on New Super Mario Bros. U.

Calling New Super Mario Bros. U new does not seem right. Almost everything about this game screams retro. Not that it is a bad thing. Quite the opposite, I love it. The game will make anyone who has ever played a side scrolling Mario game before feel right at home. 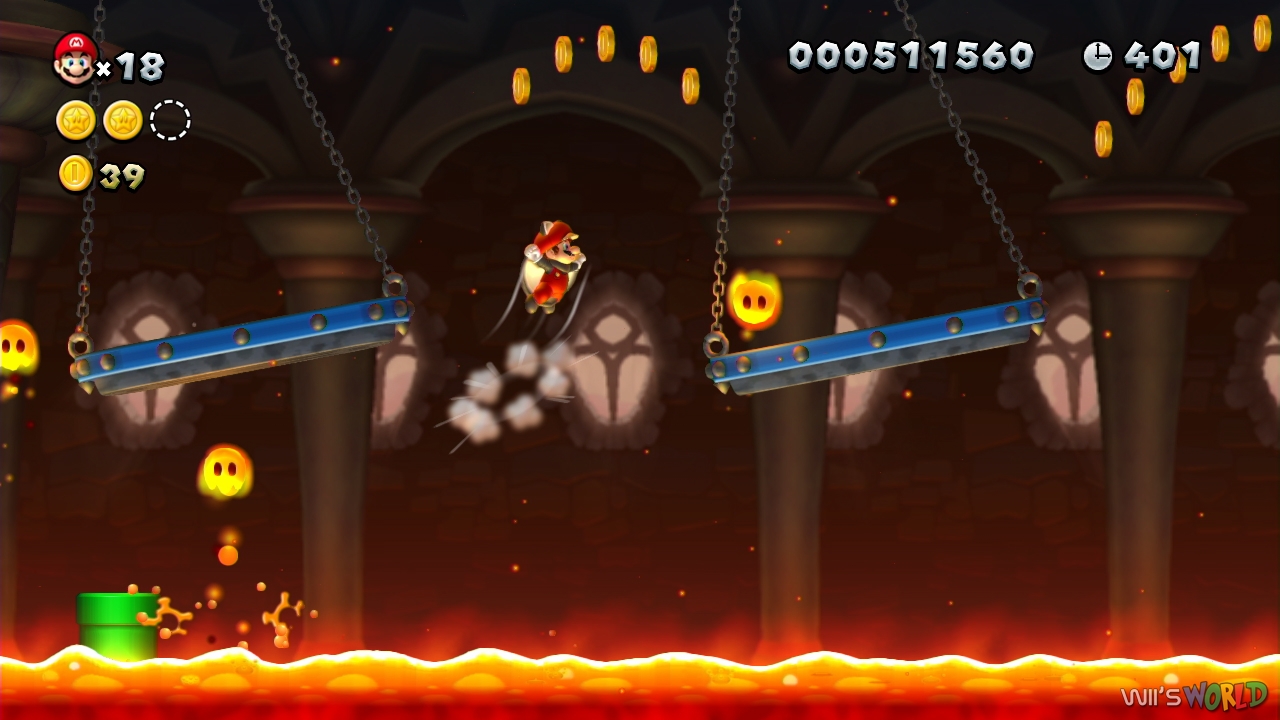 New Super Mario Bros. U plays great and it controls like a dream. Picture in your mind how you used to play Mario games in the past. Run, jump, grab power-up, repeat. This iteration of Mario is more satisfying than ever. Fan favorite Yoshi makes an appearance in a few levels and he fits in great. The power-ups do seem a little light, though. There are the usual suspects such as the fire flower and mushroom, but new ones like the ice flower and the squirrel tail make an appearance. There is also a new twist on the P power from Super Mario Bros. 3. This power is just the raccoon tail, but with unlimited flight. Familiar enough, but that's it. I didn't find the power-ups all that interesting.

While playing, you will run the usual gamut of world varieties, with castles and bonus mushroom houses sprinkled in along the way. A sort of 'thief chase' happens, too. This involves replaying a previously beaten stage while chasing Nabbit. Once caught, Toad will give you the special squirrel tail that I mentioned above. The usual boss fights, lava castles and unique levels all felt fresh while giving me a cosy familiar feeling.

The graphics are one of the few complaints I have about New Super Mario Bros. U. I understand that Mario doesn't need complex visuals, but it really seems like Nintendo could have stepped it up a bit. In the age of HD, Nintendo really missed out. The game just looks like an upscaled Wii title, albeit quite a well designed Wii title. I just expected a little more. 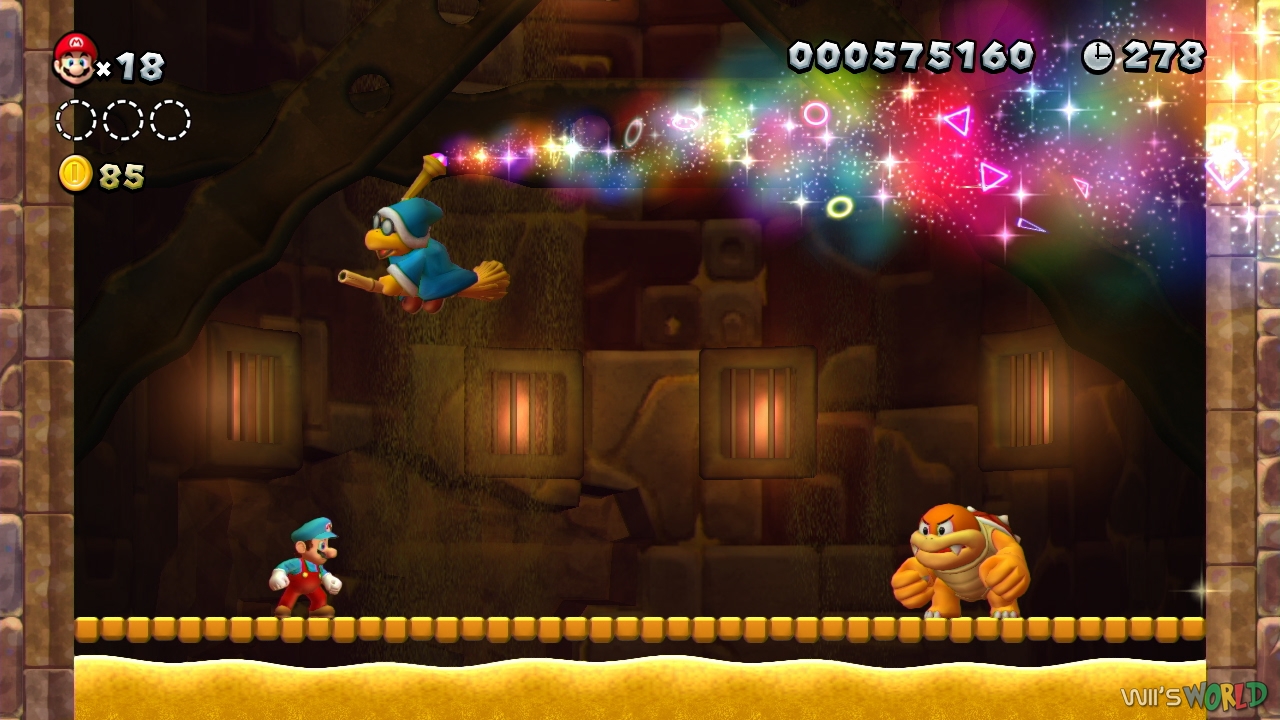 All of the hallmark sounds of previous Mario games are present here on Wii U, but in a newer, more aurally pleasing manner. Yoshi has the same cute high-pitched sounds and the call of "Maaaaario" from Princess Peach is a cry for help that I cannot ignore. From fireballs to Bowser's growl, it all sounds great.

Mario is a game that can be played and replayed for hours on end. The mini game challenges, multi-player and the special surprise for collecting all of the 3 coins in each world is pretty neat. This is a game that has bags of replay value if you are as nostalgic as I am. Playing with more people also adds to the fun, but there seems to be a sweet spot between enjoyable times and frustration. 3 players on screen at once is a romp, but add in that fourth character and things can be a little chaotic and competitive. There is an option to use the GamePad as a support controller, but it seems like a weak addition to multi-player.

There lies the major disappointment with New Super Mario Bros. U - the use of the GamePad. Yes, it is nice to be able to use it as a separate controller to act as a portable handheld while laying in bed, but that is pretty much the main focus for it. You can use the screen as a map or to watch the action unfold on instead of the television, but what about as a controller with a group of people? Nope! Maybe there is an option that I missed in the game, but I wanted to have a group of friends come play and I had a Wii Remote, a GamePad and a Pro Controller. I could only use the Wii Remote. The game does not support multi-person control with the GamePad or the Pro Controller. This is seriously disappointing. I had to run to the store and buy two more Wii Remotes. Maybe that is Nintendo's plan to make money. Honestly, with the Wii U selling like hot cakes and a pretty great selection of launch games, I don't think Nintendo has to worry about making money with their newest system.

Overall, I enjoyed my experience with New Super Mario Bros. U. The game brought me back to a simpler time when playing games was just fun and not bent on earning achievements or trophies. The simplicity of it all is the only reason why I may find it difficult to recommend this title for the full retail price of $59.99. It seems a little too sparing to pay full price for. If you are a fan of old school gaming however, I think you will find it a gem to add to your Wii U library.