The original Ninja Gaiden 3 for Playstation 3 and Xbox 360 was universally panned by video game critics everywhere. I am without a doubt alone in the boat that really enjoyed it. It was bashed for its camera, simplistic, monotonous play mechanics and lack of upgrades or weapons. Whatever the complaints, I did not share them with critics and I enjoyed the game for what it offered. Without a doubt, Ninja Gaiden 3 is a departure gameplay-wise from its predecessors, but still remains fun and challenging. So, is Ninja Gaiden 3: Razor's Edge for the Nintendo Wii U the best version? Without a doubt, yes.

The Wii U version of Ninja Gaiden is superior in every way to the previous versions. There is just a ton of content added here. Think of it as Ninja Gaiden 3.75. New weapons, magic, special moves, health upgrades, weapon upgrades, characters to play, added story missions and more make this a purchase worthy of your $60. 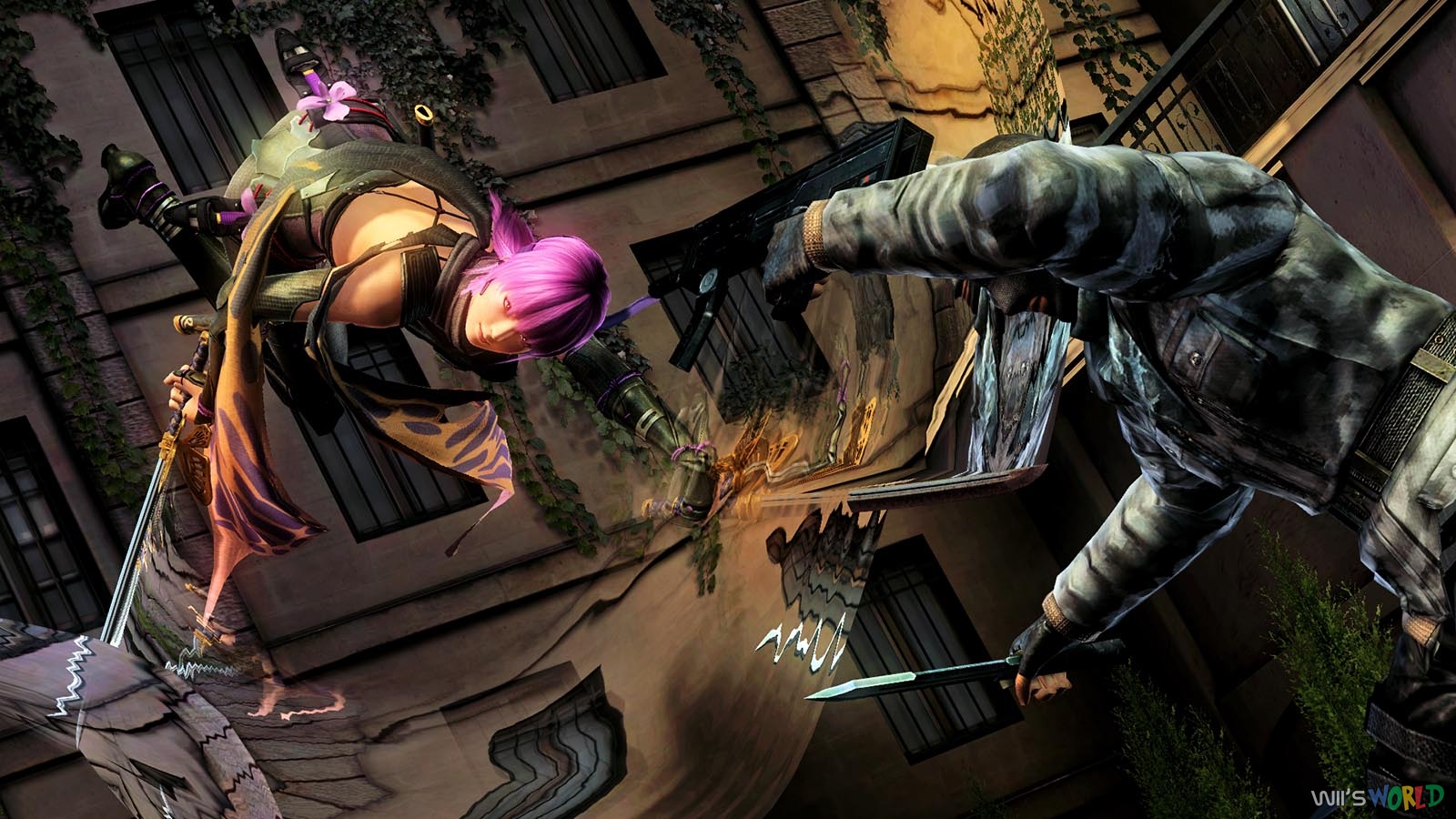 Ninja Gaiden still plays the same as it did in the previous version, but the new additions make for a much more satisfying experience. Throughout the game you find extra weapons which all feel unique and each add a new element of strategy. Each one slices and tears through flesh with a visceral feel that really makes each cut almost too real. This is disturbing, but at the same time satisfying. Slicing, dodging, countering and the use of magic create some intense poetry in motion. Everything just feels great and the new weapons are all equally fun to attack with.

The Ninja Gaiden series was never known for an enthralling story. Picture a story along the lines of the last few Metal Gear games, only with ninjas and you have a pretty good idea of what to expect. There is an attempt to humanize the main character, Ryu, but after a touching moment as a father figure to a little girl, Ryu goes right back to slaughtering hundreds of people in which he shows no remorse. This seems like a missed opportunity to connect the player with the main character because these tender moments give a fleeting glimpse of how Ryu can be more than just a ruthless killer. The plot may be the best of the series with twists and better storytelling than in the past, but it is by no means great.

I was never blown away with what I saw on screen while playing. This is definitely a current generation game, but there are many lackluster character models, environments and animation. That said, there are some very impressive details such as the threading on the swords and weapons and the cloths that flow naturally. As a response to a major complaint of the previous versions, gore has been included in this version of Ninja Gaiden 3. It is very obvious that the gore was implemented after the game was released as the dismemberment does not look as clean or sharp as the rest of the effects. Heads and arms that are lopped off just flop on the floor without any physics or realism. This is still a welcome addition that I sorely missed in the previous versions. 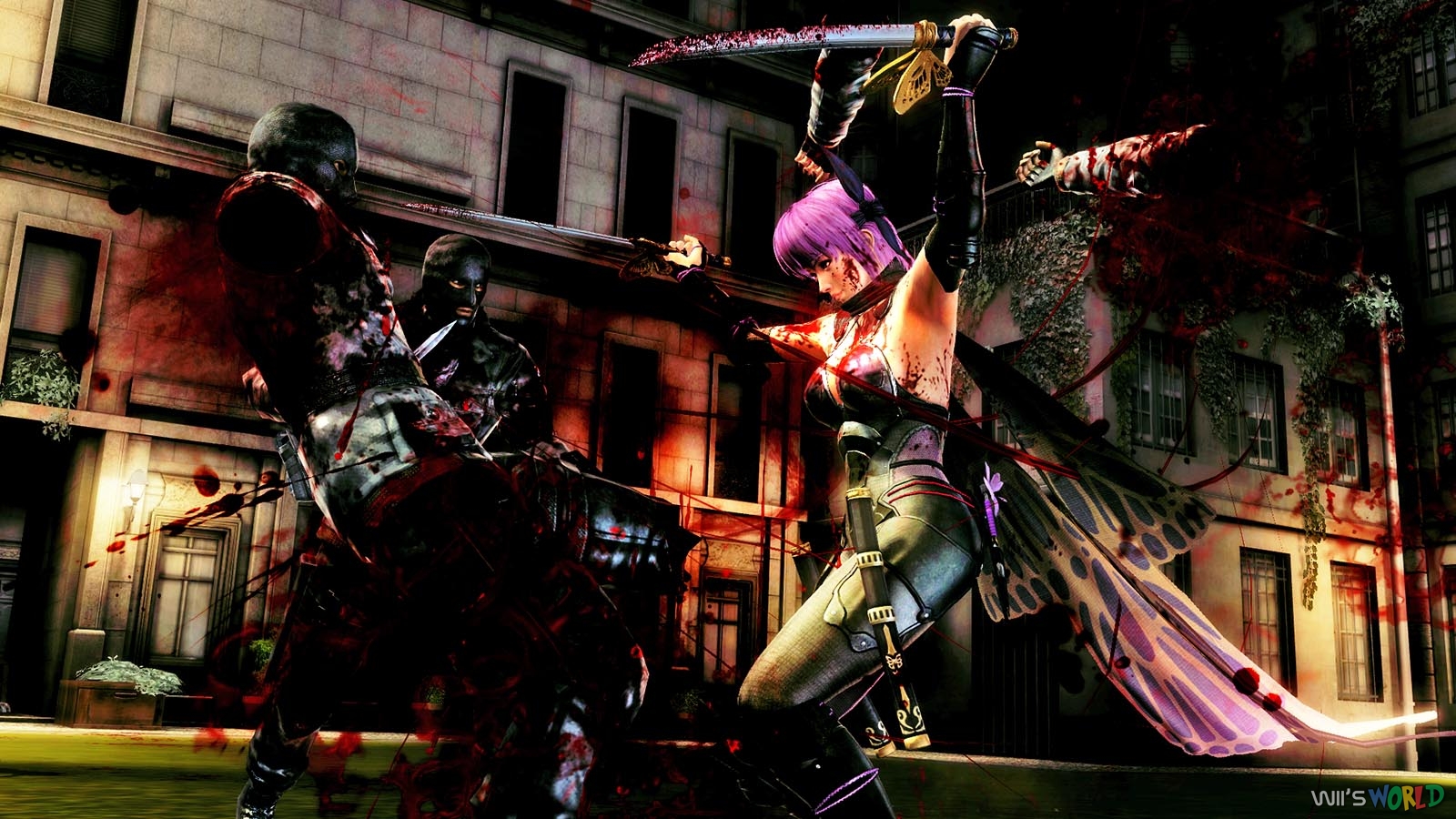 The Music and magic effects should all sound familiar to anyone who has played a Ninja Gaiden game before. The voice acting is appropriately cheesy and fits well in the universe. One thing that was constantly grating was the over using of Ryu's last name. You will hear the agent that you are working with call you Hayabusa instead of Ryu, which is incredibly annoying. This happens almost every 10 minutes or so. I just want to yell at the screen and tell her to all me Ryu. That's just one thing that drove me nuts. What really stands out in the audio department is the sound of blade cutting into flesh and the cries heard by the victims as limbs are cleanly sliced. This is a gut-wrenching experience that really hits its mark.

The Wii U specifics here are nothing to write home about, but do not make the player use the Wii U GamePad in ways that feel like a chore. You can use the screen to play separately from your television, which is always welcome and my favorite use of the pad in any game so far. Also, you can choose weapons, magic and use the GamePad as for shortcuts which feel fine, but I mostly found myself using the Wii U pro controller, which felt great.

Ninja Gaiden 3: Razor's Edge is much longer than most action games. It took about 10-12 hours to complete with the new additions to the story playing as Kasumi, the new playable character. There are also online mutiplayer modes in which you get to play as different characters with friends while fighting enemies. This is a fun little distraction, but I don't see it having a lasting appeal. I actually had more fun replaying stages with new weapons and earning more experience points to max out my weapons and magic.

Ninja Gaiden 3: Razor's Edge is the definitive version of the latest in the Ninja Gaiden series. The new weapons, magic, upgrades and the addition of gore make this THE version to play. I may be in the minority, being one of few to truly enjoy this game the first time around, but I encourage anyone who is remotely interested to it a try. This is a great game and I had a blast playing through the crazy story while tearing up some baddies. Ninja Gaiden 3: Razors Edge is a testament to how reaction to fan response can spawn a far superior product that almost feels like a different game. If violence, action and mayhem is what you are looking for, look no farther.