Shut up and take my lums!

When it comes nailing the platformer genre to be fun for both single and multiplayer, Ubisoft has truly come around with the release of Rayman Legends. From my hours of playing it, I felt nothing but amazed at the gorgeous looking environments, character animation, clever and well thought out level design. Combine this with a wonderfully orchestrated soundtrack and tonnes of unlockable levels; this game is truly a gem for the Wii U console and one that I'd highly encourage everyone with a Wii U to go out and buy.

The story follows Rayman and his friends' (Glowbox and the Teensies) awakening after a century long rest. The Bubble Dreamers nightmares have grown stronger in numbers, and it's up to Rayman and his friends to stop the evil threat by defeating the five evil magicians who are reigning chaos across these realms. 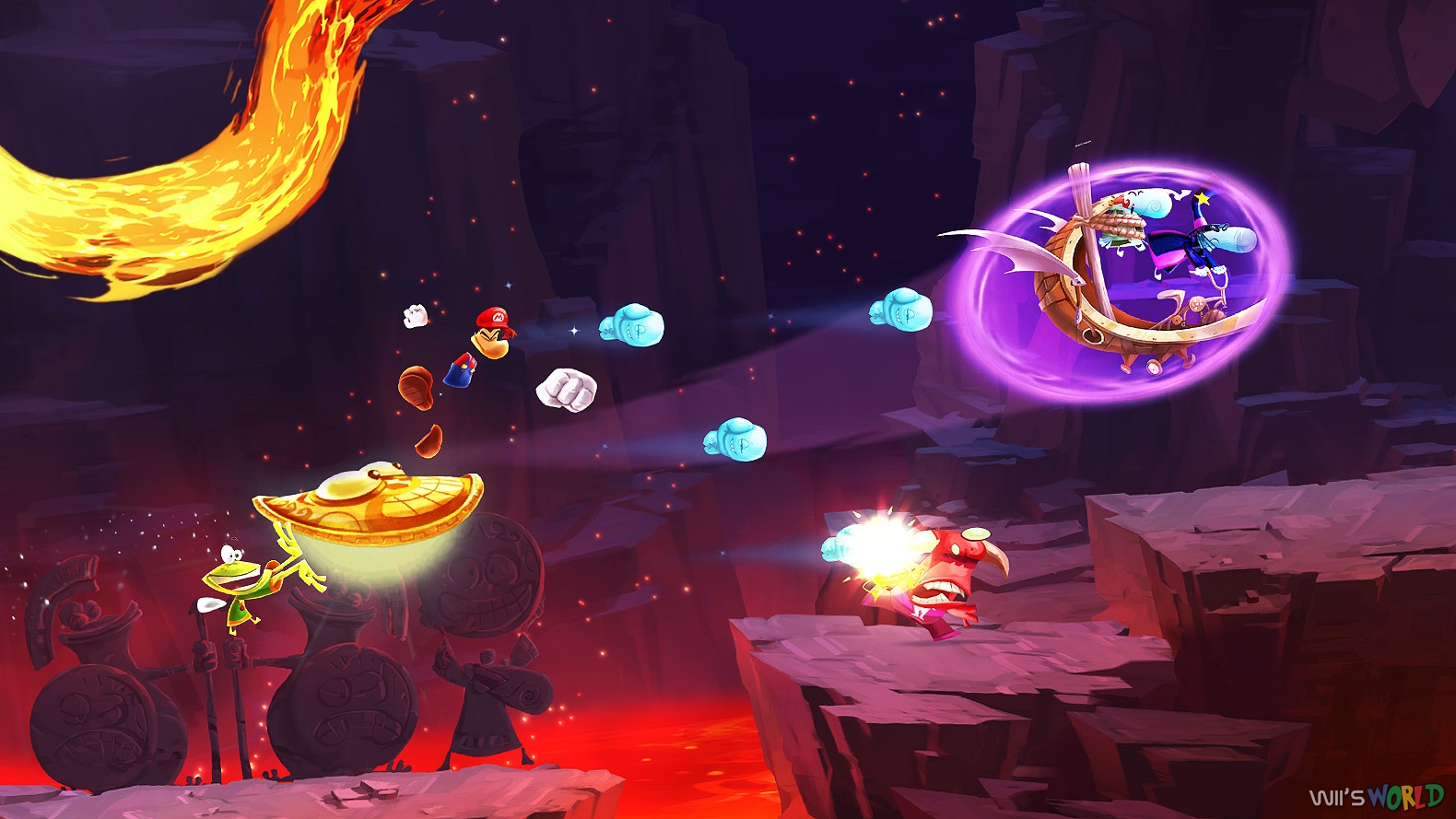 Divided into five worlds, players must embark on completing missions within each of them to defeat the wizards and free the Teensies. Starting early on in the game, it's established that the experience of Rayman Legends is a relatively easy one. With a forgiving checkpoint system, death almost feels not as punishing as what it probably should be (in comparison to other 2D platformers out there such as Super Mario Bros Wii). And whilst this may appear as a harmful choice for the game's credibility; I ended up finding this design choice to be a good thing.

This game is as fun as it is beautiful, and whether or not you'd be breezing through stages; it's a fun game nonetheless. With the checkpoints, whilst at times it may feel a little forgiving, the game does it in a manner that provides challenge, but still encourages players to keep on playing. Yes it may be annoying being stuck on a particular stage; but it isn't at all frustrating as other platformers forcing players to repeat an entire world just because they stuffed up.

With Rayman Legends; while I was still frustrated with the later levels, I felt more drawn into completing them in the end. And when a game has you challenged and still eager in wanting to complete a stage you're stuck on; you know they've done a good job in designing it. In all honesty, this game can get pretty hard at some points (it's only in the earlier levels that it feels too easy). 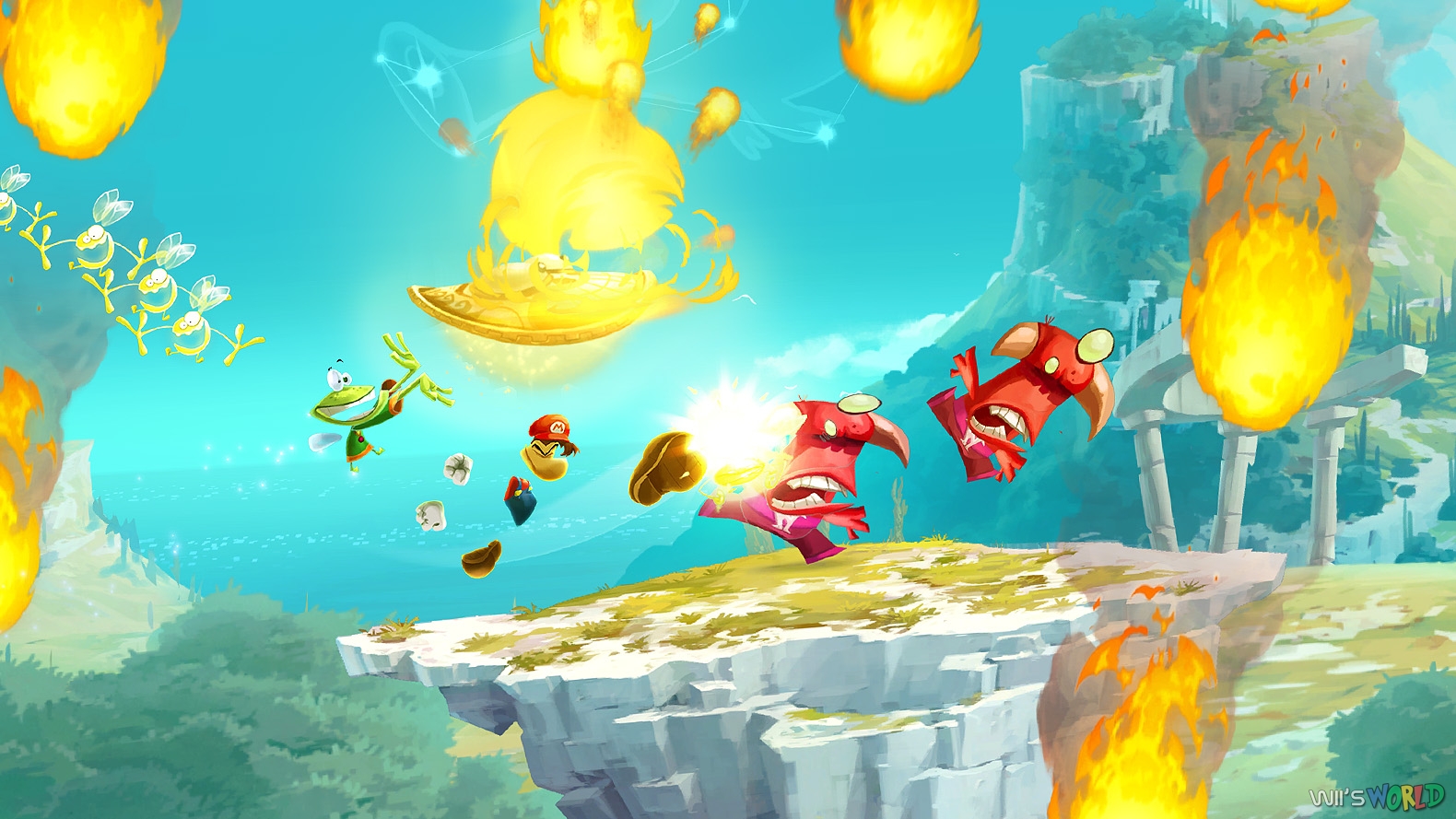 Many challenging stages await players in Rayman Legends. Invasion worlds for instance is just one example of how the game goes out of its way to test a player's skills in racing against the clock. And to increase the tension; you must do this all without dying.

As well as this, there are also weekly challenges, tonnes of unlockable costumes and levels (including some remastered levels from Rayman Origins) all features that will promise to keep players engaged and fully active in playing.

While Rayman Legends can be a solo experience, players also have the option of dropping in three extra friends (or four if you use the GamePad) to help out in completing the game. Some missions feel better off with the single player experience; but others that require players to use the GamePad, allows for exploring more openly. More eyes on the screen also opens up new doors to explore and find hidden secrets that you may have missed on previous playthroughs. 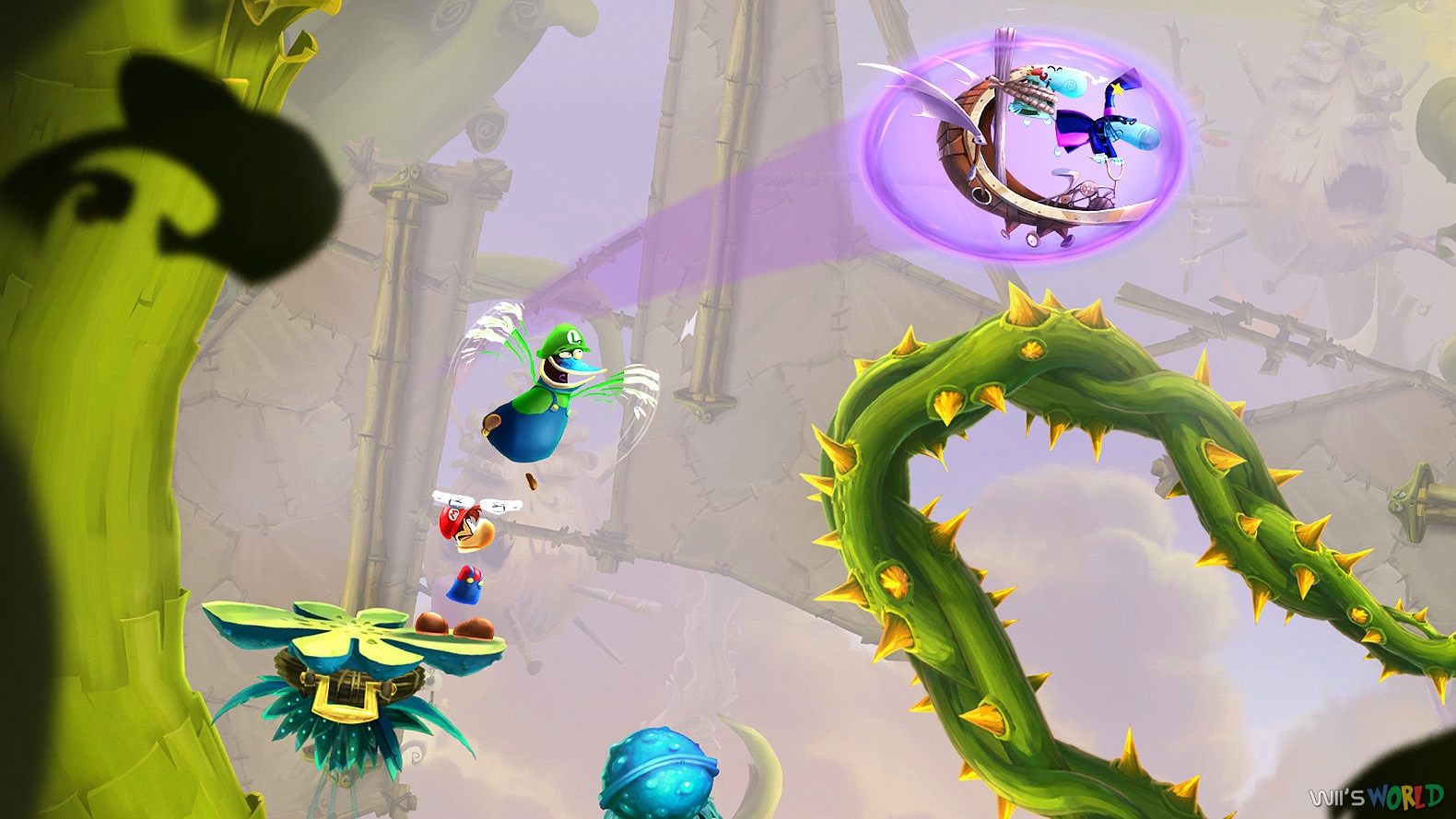 Though at times the additional players can feel quite overwhelming and hectic (especially when everyone else may be not as good as you); Legends is more welcoming to co-op this time around. It's a hard thing for any platformer game to introduce co-op in a balanced manner. From my time playing with my friends and family, I can safely say that it's one game that feels like it's coming close.

My time with Rayman Legends has been a very positive one. I loved every moment of this game, and my experiences of each individual level, kept me constantly surprised at whatever the game threw at me. The Rayman universe might be a weird looking one, but it's a universe that's worth checking out!