Survival Horror cruises onto Wii U.

If you haven't already given it a shot on the Nintendo 3DS, now is your chance because Resident Evil Revelations has arrived for the Wii U. As part of a multi-platform port of the popular handheld installment of the long standing survival horror franchise, Revelations scales back a bit on the grand action found in the series' last two games and brings a mix of old and new faces to a creepy, isolated and abandoned cruise ship.

The game's plot centers around bio-terror organizations and space lasers and double mysteries based on who believes who to be missing and... Ok I don't know about you guys but I'm here to shoot zombies. Even if they aren't traditional undead but disgusting bi-pedal maggot monsters who are hellbent on eating anything that moves despite the complex spy games that are going on amongst the living, I will shoot them and have fun doing so. 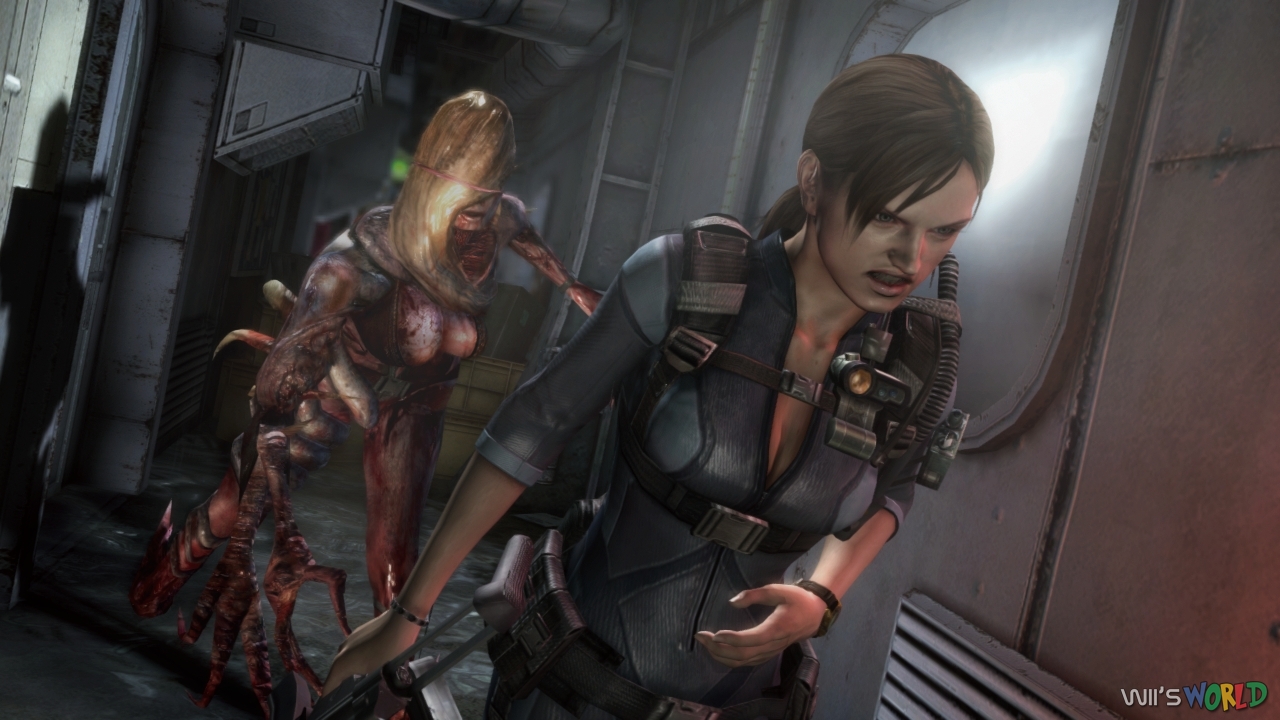 Revelations is a shining example of what the 3DS is capable of graphically but how does the game fare on the big screen? Pretty well since with all that extra space one can really appreciate all of the finer details that went into character models and the game's many environments. Although the bulk of the game is Jill and Parker's story about the Queen Zenobia, some chapters require the action to shift to Chris, or Parker and other members of the BSAA. The mix up paired with Jill's search across several locations throughout the cruise ship equate to a journey that has plenty of variety but also some understandable backtracking.

Let's get to some of the differences found in the home console version: For starters, Raid Mode is available to players from the get go. Raid Mode is a co-op stage based version of the game where players team up and play through each area without any plot getting in the way. The only objectives are to kill all of the biohazards you come across and reach the goal point. Beating levels earns players points that they can use to purchase weapons and upgrades and the better you can tackle these stages the more points you'll earn.

Resident Evil Revelation's multiplayer was for the most part competent. While the 'quick match' option did not find me any players to partner with I was able to set up a game and recruit someone who followed me through a few stages without much wait time. Raid Mode is noticeably faster paced than campaign mode so be prepared to get your hands dirty quickly. 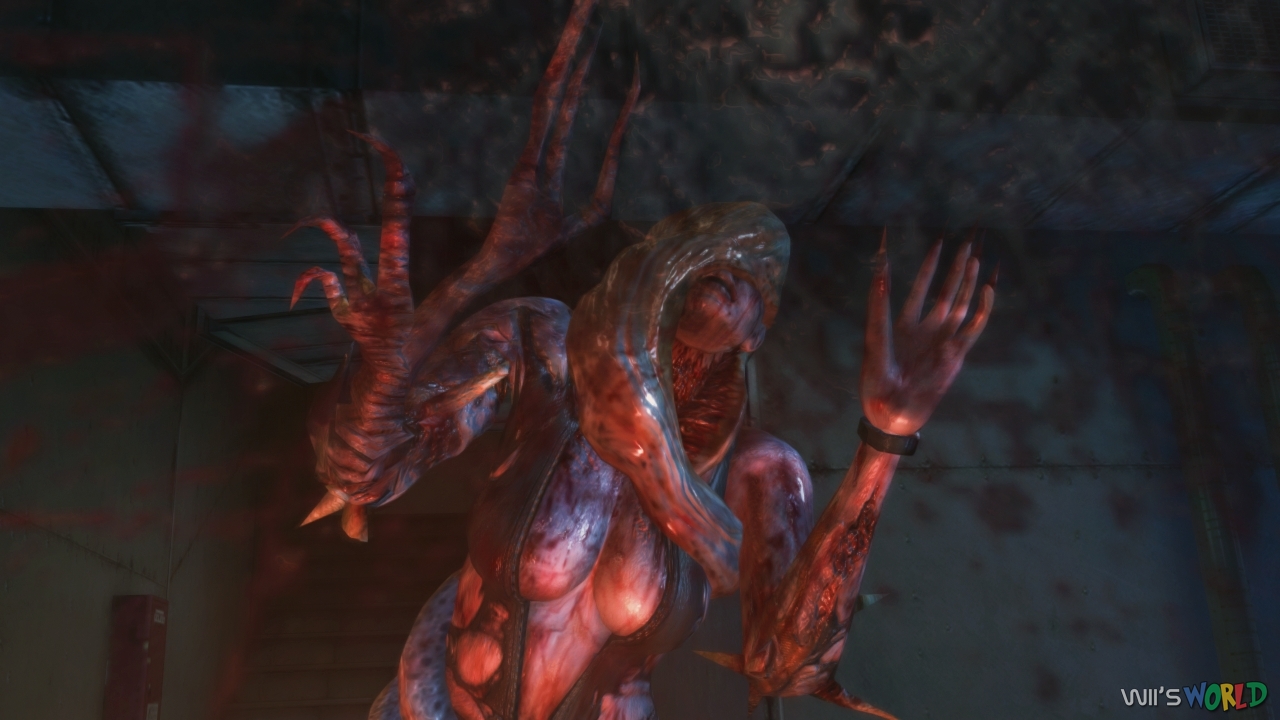 The console version of Revelations also sports a new 'Infernal Mode' that serves as a very, very hard difficulty setting which claims to "test the limits of your sanity" according to the game's menu. Trust me they aren't kidding. Infernal Mode is a constant challenge and Resident Evil veterans who don't think the franchise can offer them anything new will be in for a surprise.

For the Nintendo Wii U version, the GamePad can serve as a mini map and quick item selection screen much like the functionality found on the 3DS edition. This frees up a lot of screen real estate to keep your television experience as cinematic as possible. But of course if someone else needs to use the TV or you'd rather play in a different room Revelations can play completely off of the GamePad. While playing with just the GamePad I did notice some frame rate stutters when several characters were occupying the screen at once, so your mileage may vary. The game is also playable with the Wii U Pro Controller so how ever you want to play you are covered.

Haven't played Resident Evil before? Is it fun? What do you do? Basically the campaign consists of running and gunning through spooky hallways and reaching objective points while defending yourself from various monsters. So while you are always trying to reach your way-point or find this key or that item and eventually you'll encounter some boss fights but Revelations is sliced up into neat little chapters that allow you to break up your gameplay if so desired.

All in all, Resident Evil Revelations is solid action survival horror game that can be enjoyed alone or with a friend online. If you have enjoyed any of the recent games in the franchise you'll be in your element and newcomers are certainly welcome aboard this time around. The Wii U version offers a few different ways to play the game and makes for a great addition to the new console's library.