A new spin on speedy platforming.

Sonic Lost World is a new step forward for SEGA's iconic blue hedgehog. Sporting a drastically different design and control scheme this game is bound to turn some heads. Taking a spiritual cue from the likes of Super Mario Galaxy, Sonic no longer runs across simple flat worlds. Most levels are based around a cylinder or tube design and for the most part Sonic is free to take any route in order to travel across these planetoid levels.

The first thing players are sure to notice is that Sonic now runs manually. Simply pushing the Analog stick will move Sonic at a slight jog, which is more suited to platforming and puzzle segments. Holding down the right trigger opens up Sonic to a faster pace and allows him to automatically run over some obstacles and on the sides of walls. Pressing on the left trigger rolls Sonic into a spindash which gives a sudden burst of speed and makes the blue blur a force to be reckoned with. 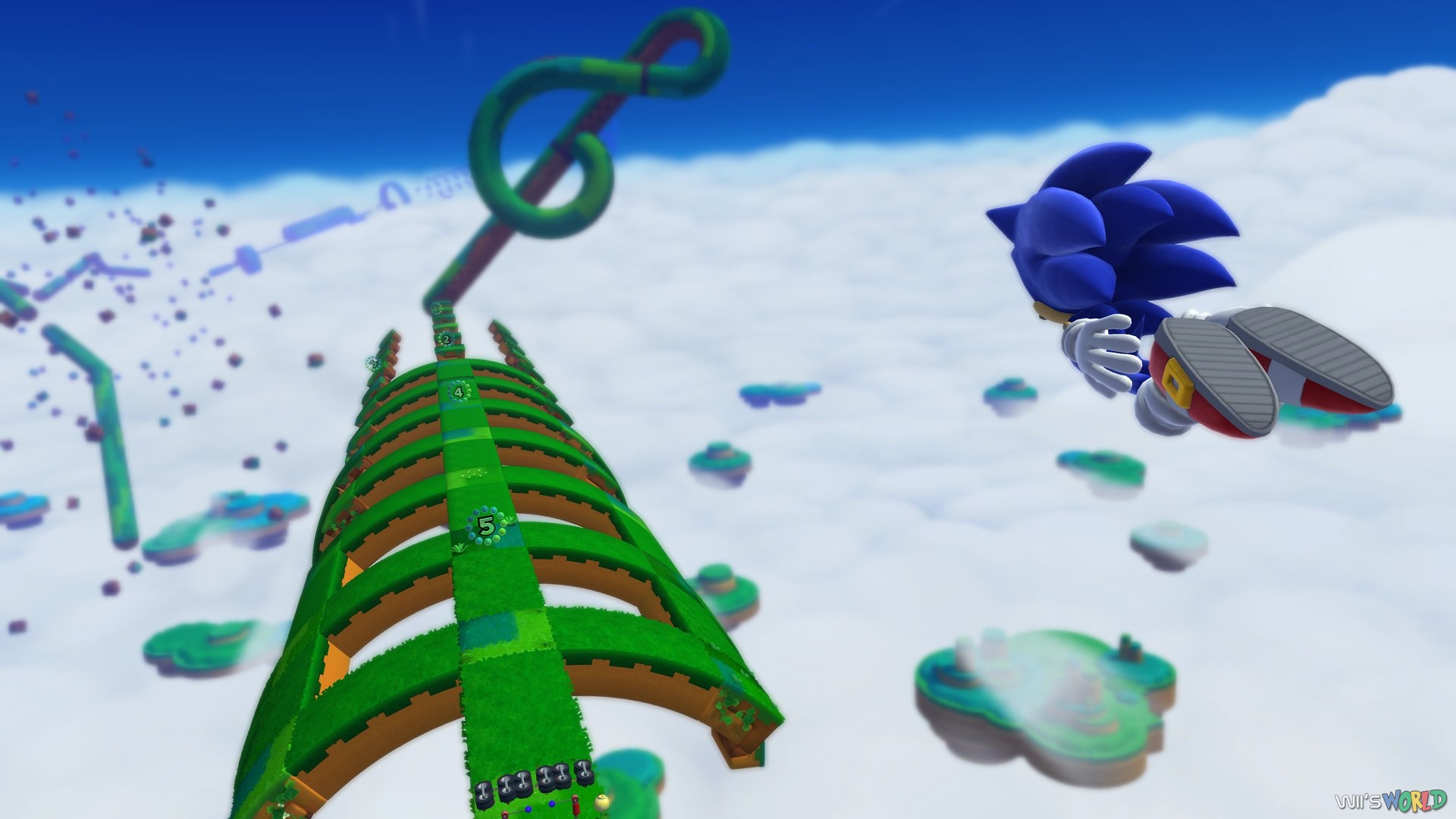 Now there are a few changes to the standard tropes found in Sonic. Extra lives are no longer earned by collecting hundreds of rings for one thing, making the now laughed at game over screen a harsher reality. As a counter balance, losing a few lives now spawns a new item that warps you from the checkpoint you start at to the very next one in an attempt to lift you over a frustrating level segment.

Enemies have also taken a step forward and have become surprisingly relevant. Sonic's homing attack now is capable of targeting multiple foes, but on the flip side if nobody is around to lock onto he will simply somersault. A few more handy tricks found in Lost World are Sonic's new flying kick which is just what the doctor ordered for armored badniks. Bouncing also makes a return that rounds out the now much more versatile airborne moves Sonic is capable of. Lost World also asks that players maintain a quota of rescued animal friends, a tally of which you earn at the end of each level in exchange for defeating enemies. So if you feel like breezing past all of the 'bots you come across you'd better think twice. Despite the nuisance that might come with having to collect a certain amount of animals in order to unlock stages, I never once found myself coming up short.

The elephant in the room is of course Sonic's frequent struggles when it comes to reconciling his controls with those terrible bottomless pits. Despite the new handle on Sonic and his speed I found on several occasions that my reflexes weren't enough to save me from launching into the abyss. By far my biggest complaint is that when it comes to Sonic games it is typically very easy to lose a life due to a small slip up. 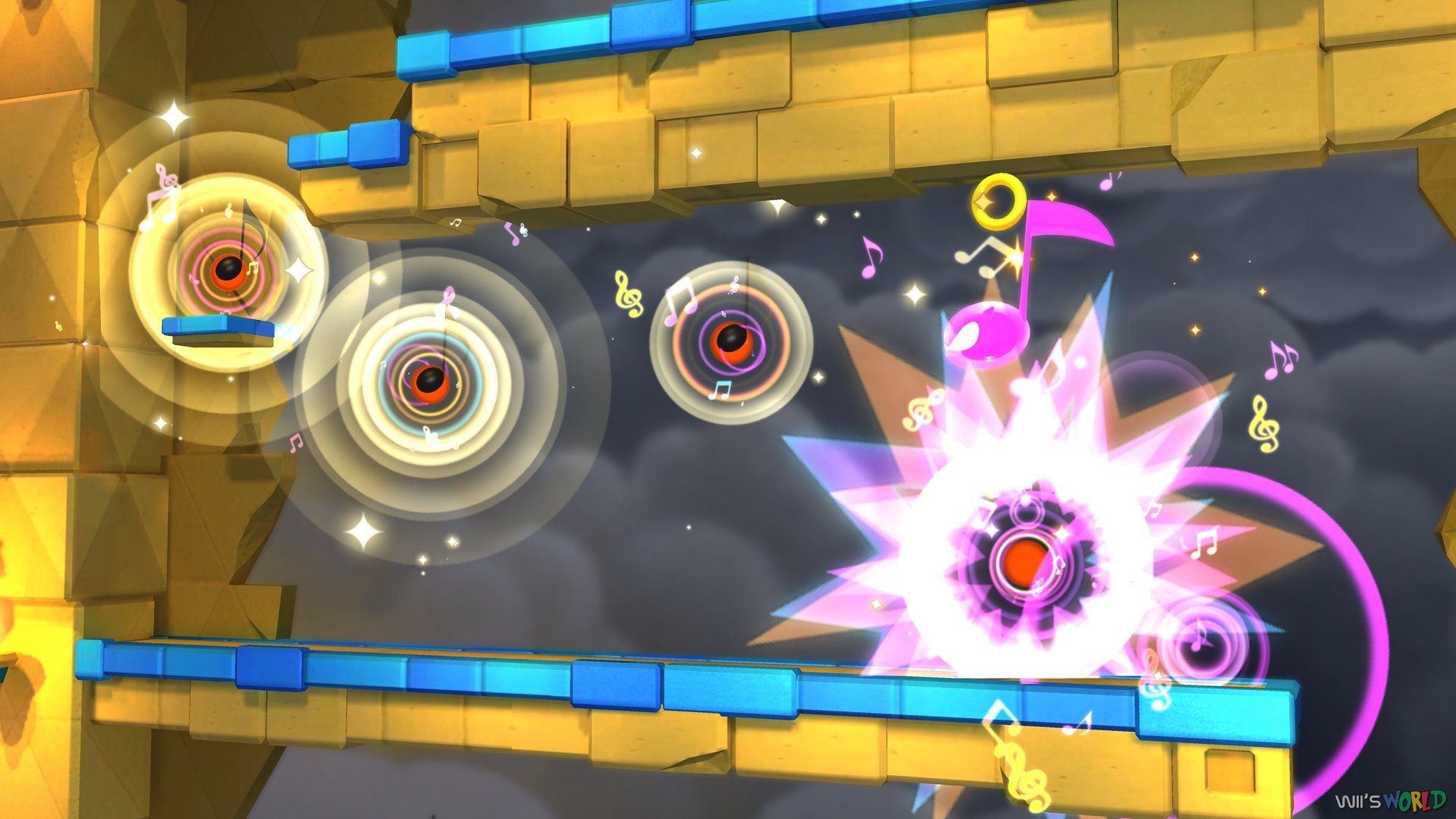 Wisps once again make their return to the Sonic franchise and both old and new abilities require the use of the Wii U GamePad's touch screen and gyro features in order to transform Sonic and allow him to overcome obstacles that otherwise would have stopped him in his tracks. It's good to see Lost World embrace the GamePad but Wisp segments tend to break up the action in a somewhat distracting way.

Sonic Lost World has a very compelling musical score that is upbeat and jazzy. During some levels the boss characters known as the "Deadly Six" chime in with a few quips here and there, but honestly it just sounds like noise and it doesn't really add to the overall experience. The game's story is pretty standard but the interactions between Sonic, Tails and Eggman can be quite funny at times. Graphically speaking Sonic Lost World looks great on the Wii U and really shows how Nintendo's latest system can handle both Sonic's signature speed as well as complex worlds.

With plenty of bells and whistles including assistant co-op, Miiverse and 3DS interaction Sonic Lost World should last a while. Every stage has time attack modes and leader-boards. Despite a few complaints and the usual gripes with Sonic's pit problem Lost World is a fairly solid Wii U title and a bold new direction for future Sonic games. If you are a fan or on the fence it is worth a spin.