At first glance, Triple T here may look a bit juvenile, simplistic, or even downright stupid. It may look childish and pandering to the lowest common denominator. Worry not, my fellow judgmental prudes of the Internet, because Tank! Tank! Tank! is all of these things and more, straight out of your embarrassingly-innocent night terrors and the Activision of Japan, Namco Bandai!

I went into this game with an open mind, despite watching it receive the critical equivalent of a public spanking, and needless to say, I was not rewarded for doing so. 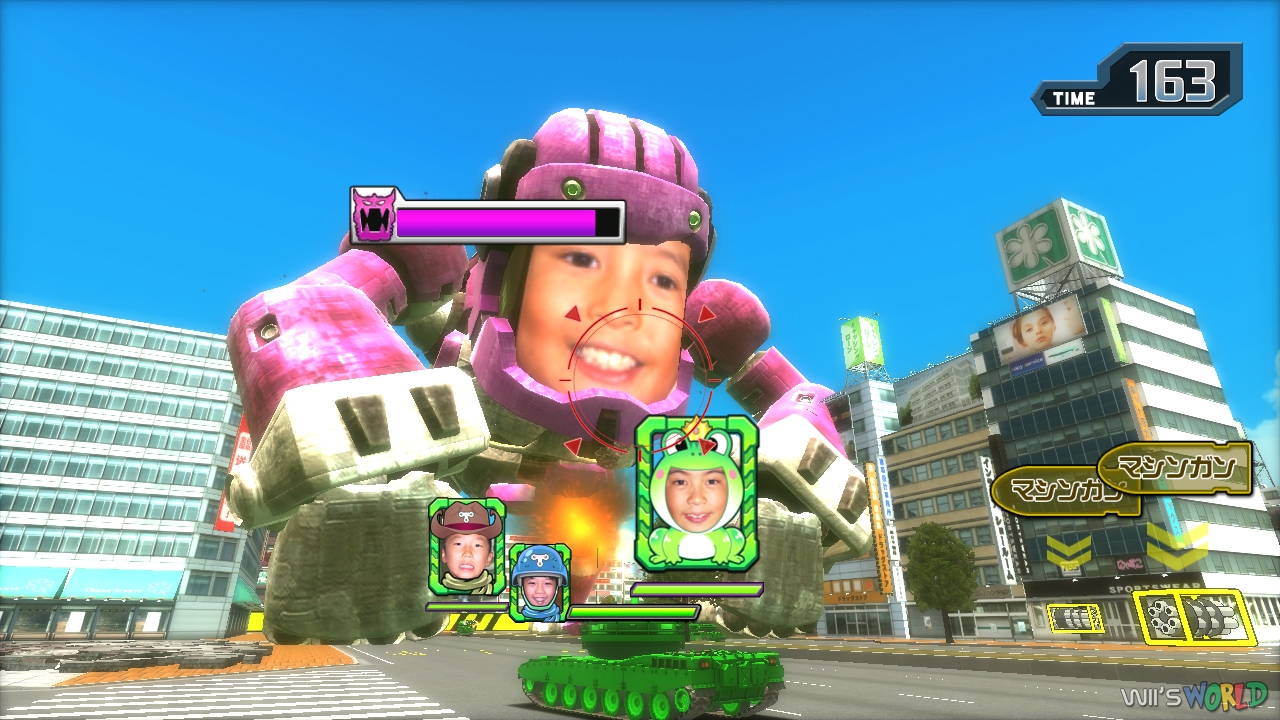 This game could literally be played on an NES controller and feel exactly the same. Every button - save for the D-Pad and joysticks - fires your tank's weapon. This projectile is essentially homing, and the game auto-targets enemies. That's right, ladies and gentlemen: in a game where the only two controls are move and shoot, you are unable to aim. Imagine playing Super Mario Bros. with an auto-jumping technique, and you can start to understand how quickly this game loses its luster.

Seeing as nobody was online for Multiplayer, I directed myself to the "Story" mode. Now, I understand this game wasn't intended to have a deep and compelling universe, but what I got makes the Power Rangers look like Citizen Kane.

Here's the plot in full detail (SPOILERS); Robotic animals are attacking a nondescript city/ruins/resort town/who cares, and a fighting force of you and another painfully-talkative Tank commander whose award-winning dialogue consists mainly of "It's Working!", "Fire! Fire! Fire!", "Keep it up!", and "Hoo-rah!", must stop the monsters from destroying the city. To do this, you destroy the city. Rinse and repeat with the same brain-dead controls over and over again. 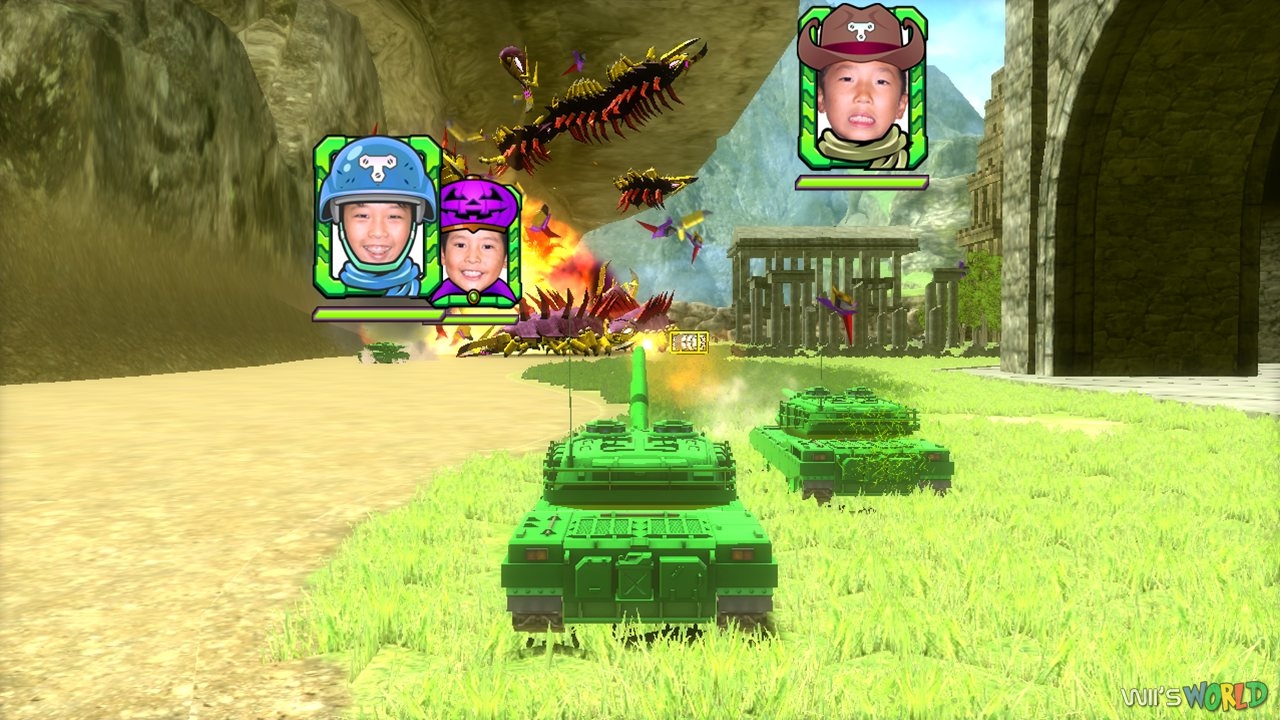 This game asks you to unlock "other" tanks by beating levels again and again to get more medals. All of these tanks play exactly the same, so there's no point in using any of them. Really, the deepest this game gets is when it asks you to pick up a weapon upgrade (which magically fall from the sky at a constant pace) and continue mashing X/A/B/Y/R/L/RT/LT for eternity.

On the graphics side, the game is actually pretty flashy and fun-looking, but that only serves to highlight the game's aesthetic shortcomings. The buildings look nice, the explosions look nice, but when the two are mixed together we get a comically small explosion and an almost creepy scene of the building just falling through the ground.

Severe issues with character-clipping also makes everything look astronomically worse; at one point I turned my camera slightly and almost five buildings completely disappeared behind me. Two minutes later, a robotic mantis sidesteps into a skyscraper, merging through it like a ghost and leaving only a leg barely showing. 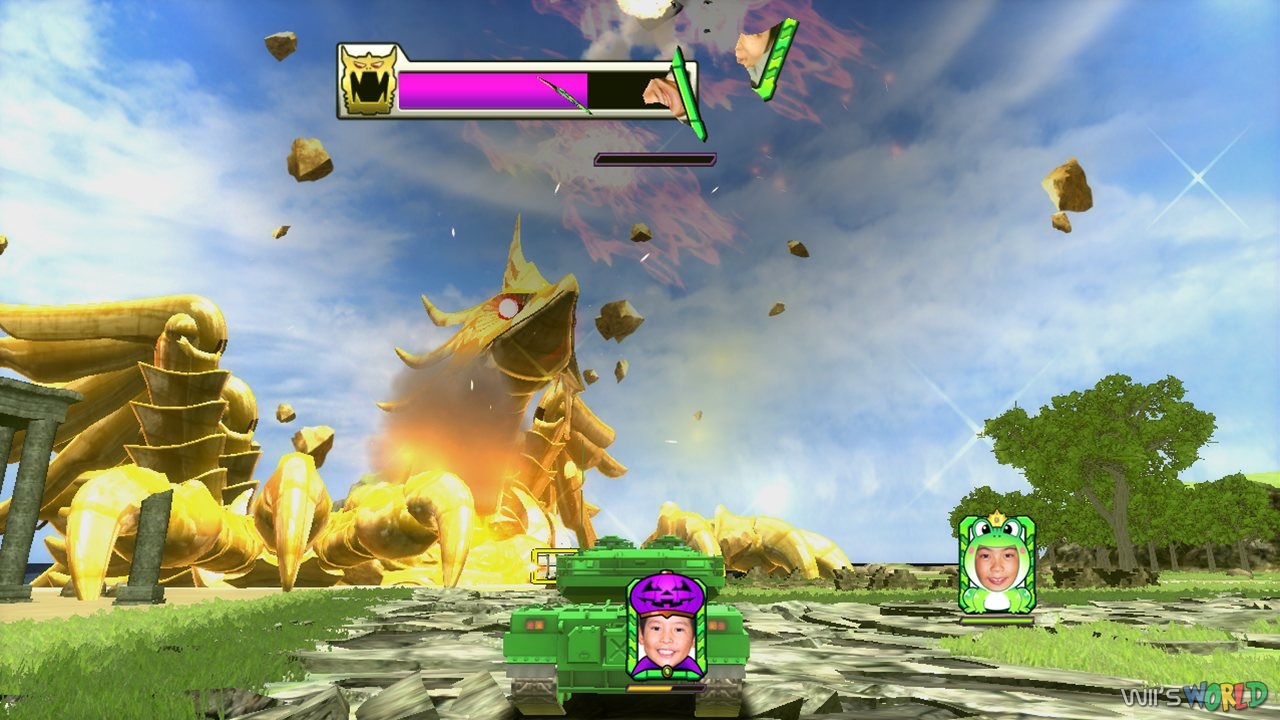 The music ranges from a symphony whose only volume is fortissimo and whose conductor seemingly took the day off, to looped sound bytes played over and over again until you simply cannot take it anymore and go drink heavily and renounce your faith in the Lord. This may be just me, but you get the idea, I'm sure.

Overall, this game is a mess, and should have stayed in Japanese arcade cabinets where it could at least not harm the Wii U sales over in North America. This console is having a hard enough time without having this piece of shovelware garbage sitting next to Super Mario 3D World in GameStops around the country. Tank! Tank! Tank! is not worth Time! Dime! or even this Rhyme!