The return to "true" survival horror.

Remember the good old days of survival horror? I don't mean the action/horror style that has now become the mainstay for 'scary' games. I mean the days of the original Resident Evil series, the Silent Hill franchise and the like that were made so popular in the mid to late 90s. Those are the games that took me weeks and weeks to play because I was so scared and anxious that I had to quit and come back a little later. That feeling of fright is something I have been searching to find. Has the newest game from Ubisoft, ZombiU officially ended my search? Yes and no.

ZombiU is the newest survival horror game that doesn't try to be a shooter or an action extravaganza like some previous entries. In fact, it is clear right away that this game is meant to scare you and make you feel like you are a lone survivor in the zombie apocalypse. Now you would be forgiven for thinking that ZombiU, based on its name was just another generic zombie shooter. In fact, underneath the ill-conceived name, lies a thinking man's game. 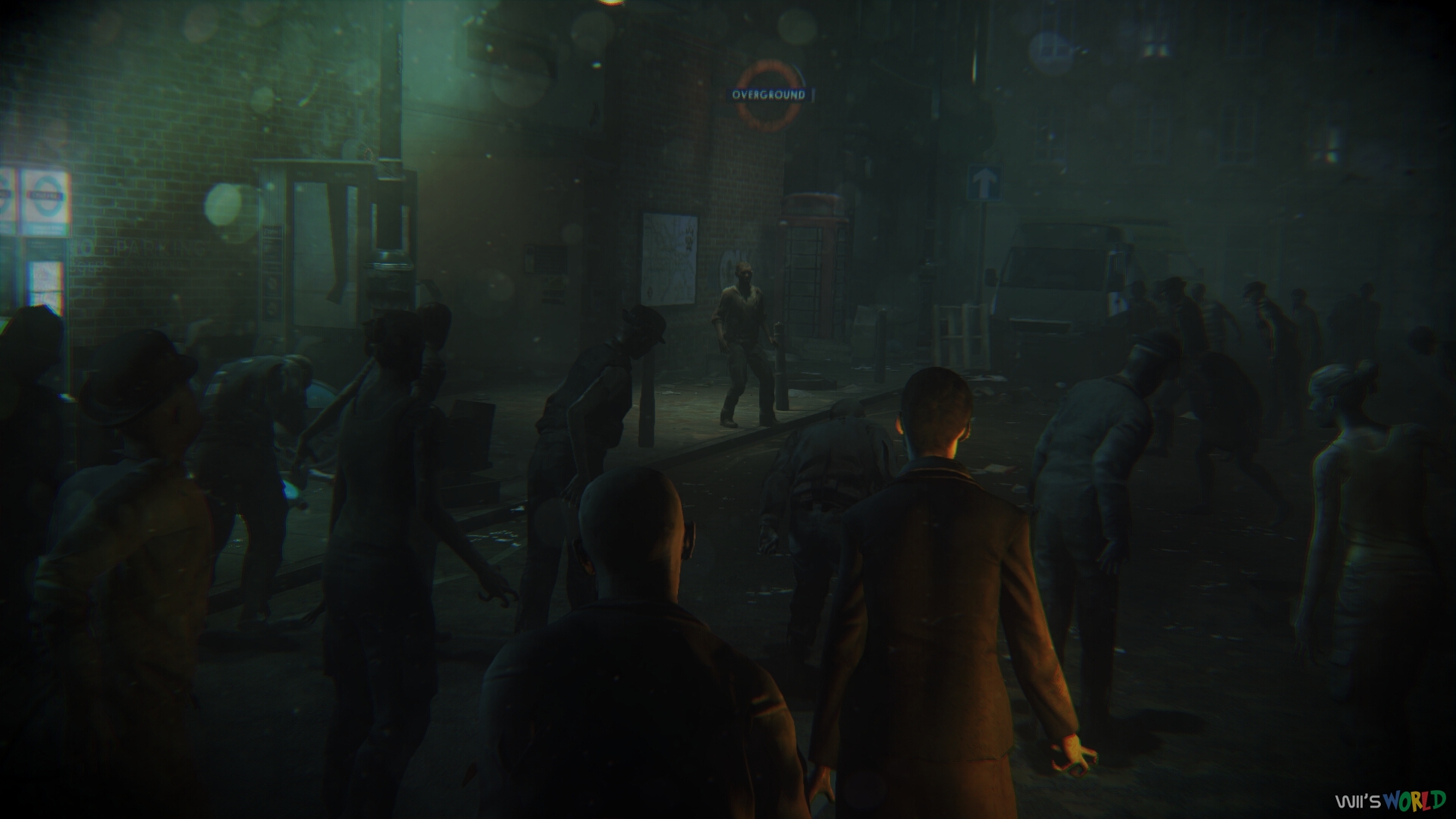 London has been overrun by zombies and you are the last known survivor of the apocalypse. That is until you find out that someone on the radio is trying to help you. While playing I could not figure out if there were going to be any twists and turns and if there would be any main human protagonist. I wont give anything away, but the game is light on story, concerning itself more with scares and item management than telling a cohesive and engaging narrative.

What the game does focus on is overall gameplay and that is ZombiU's best quality. Making great use of the Wii U GamePad, surviving a zombie plague has never been more frightening. The game plays out in the first person and your major weapon is a cricket bat. You pick up weapons, health packs, hammers and nails to board up doors and many other items to help you in your quest to survive and escape the ravaged city. The GamePad is initially used as a mini map while the main view is on your television screen. The first person combat feels pretty good for the most part, but the cricket bat does not control particularly well. The character feels like he is tired immediately after one swing and it takes a few seconds per strike. Also, many zombies take four, five, or even six hits just to get them on the ground for a finishing blow. This to me is a misstep that is a little difficult to overlook.

Besides that one blemish, the game is a complete joy to play. The Wii U GamePad screen is used while collecting loot, boarding up windows and picking locks. The cool thing about this is that while you are performing all of these GamePad-specific features, you are completely exposed. The television screen shows a view behind you and the GamePad shows the action you are performing. Switching back and forth from watching the GamePad to the TV is a nerve wracking and fresh way to experience horror. This is one game that knows how to take advantage of video gaming's newest system. 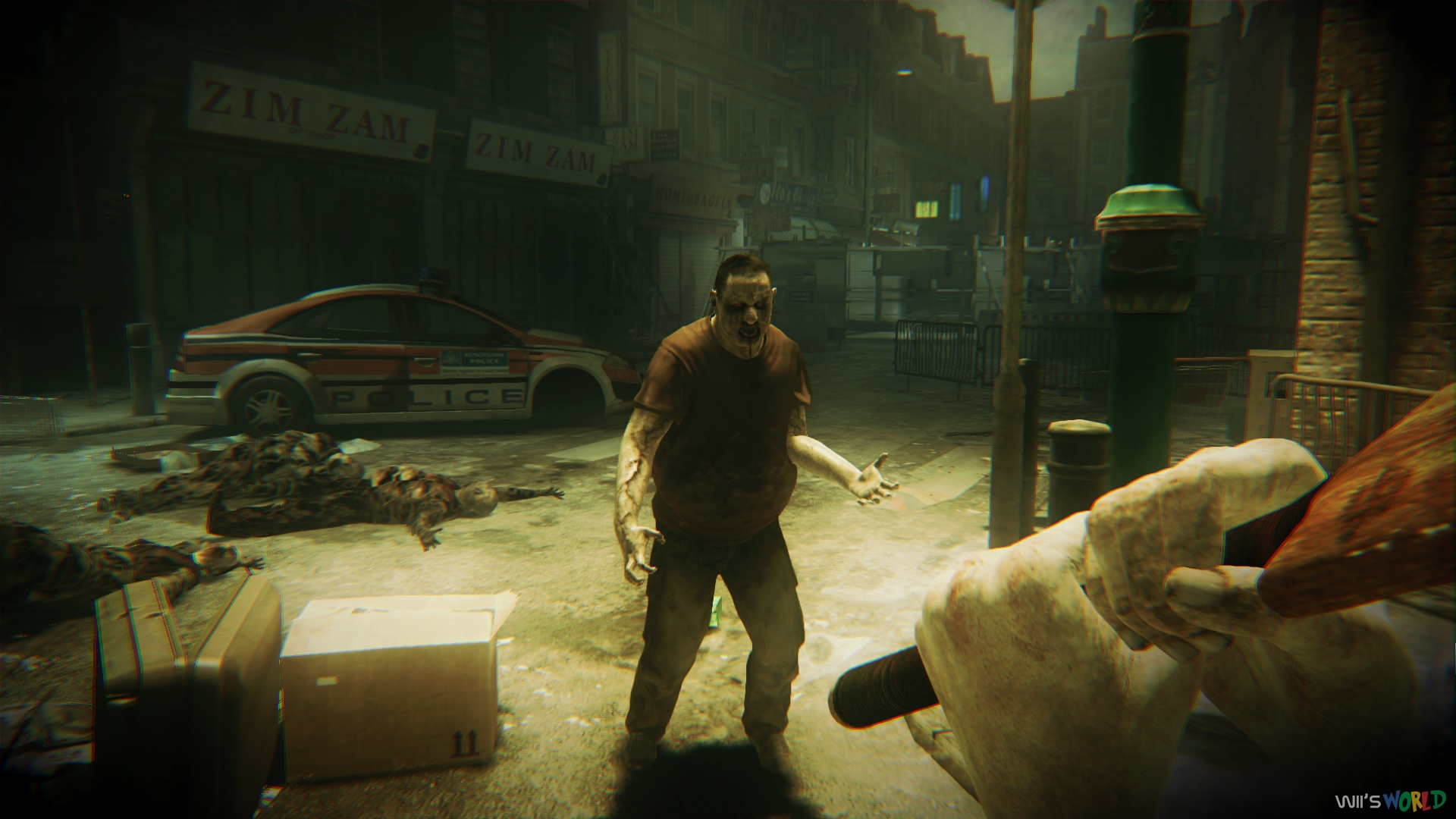 Now on the video and audio side, things get a little rough. ZombiU looks like it was supposed to be an original Wii game, but was ported to the Wii U at the last minute. The game is not ugly, but it is by no means good looking. Facial animations suffer and character models are lacking, but the environments do look pretty great. The scenery is sometimes so dark that even the flashlight that you constantly have equipped doesn't seem to be enough. That is where the real scares come from. You are walking down a dark hallway and all you see is pitch black with about a 3-foot radius of light. All of a sudden a zombie moans and growls because he can either smell you or see your flashlight. Either way, playing this game in the dark may require you to change your underwear frequently [beautiful imagery -ed].

The sound department falters a bit less than the graphics fortunately. Actually the only problem I had was every once in a long while there would be a grainy sound coming from the Wii U GamePad that wasn't meant to be there. The GamePad is also used in a fantastic way here. You receive radio chats from people who are in communications with you throughout the game. These voices come from the Wii U speakers to make it feel like an authentic walkie-talkie. It's an idea that is realized to a great effect. Also, when you turn the volume off on the GamePad, the voices on the radio transition to the television.

Now multi-player is a different beast entirely. There are only two modes and these are limited to local play, but are an absolute blast. One player controls the survivor via the Pro controller while the other player takes control of the GamePad. While using the GamePad, the player is shown a map of the area. The survivor is shown on the screen and the player controlling the GamePad touches the screen to place zombies where he wants them within a certain range of the survivor. As each player progresses and survives longer, they each get to upgrade and make themselves stronger. This is truly a unique way to implement multi-player in a game that really had no expectations of anything unique or entertaining. In my entire play through with this game, I have spent more time with multi-player than any other mode. 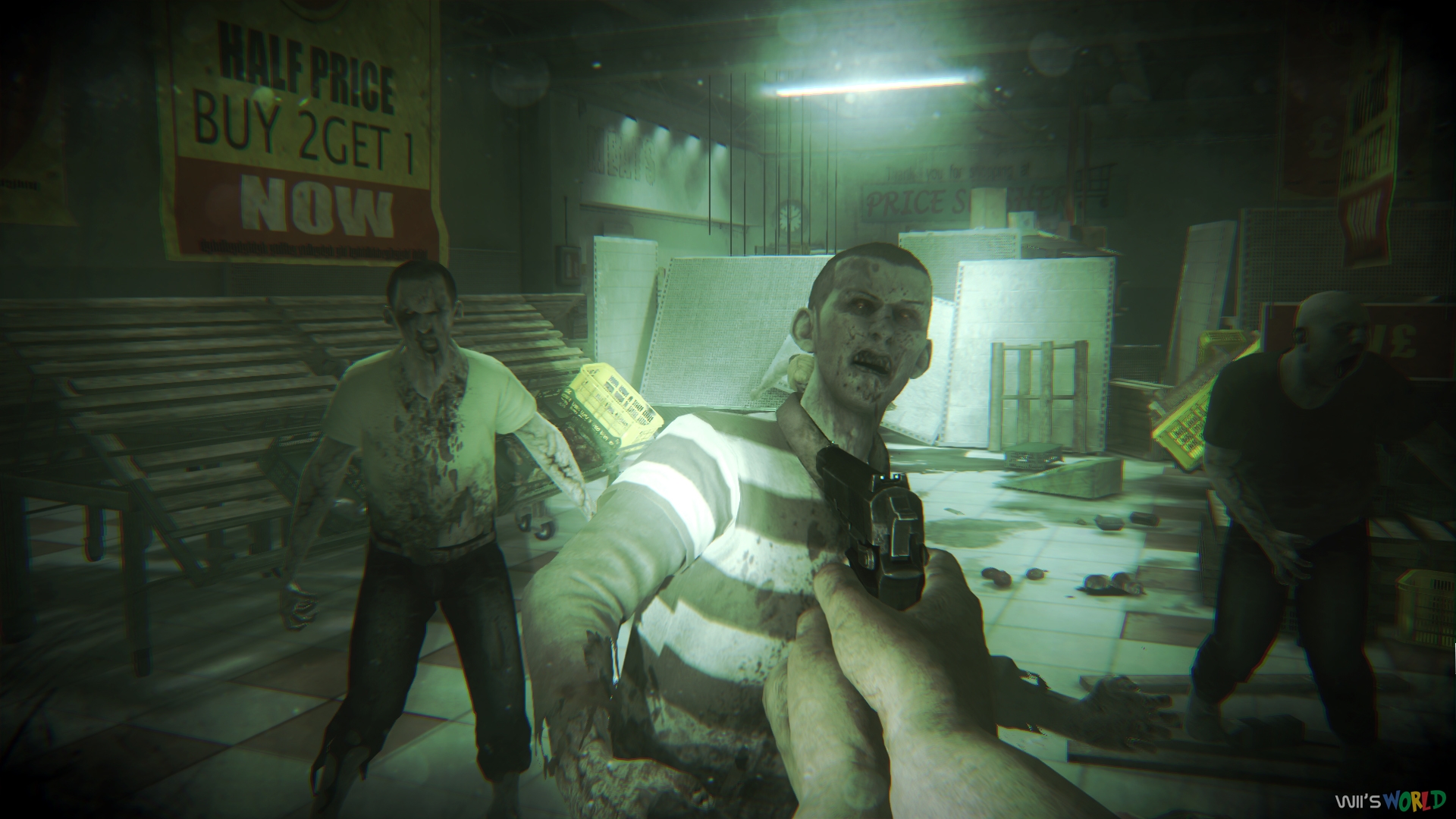 One last bit about the game. There is an extras feature that uses the GamePad's front facing camera to turn your face into a zombie. This is a silly but welcome little addition.

ZombiU has a lot going for it. I mean this game is incredibly ambitious. The GamePad integration, the great multi-player and the return to survival horror roots make for a really good experience that has the possibility of becoming a great game in a hopeful future installment. If you are pining for the return of survival horror and a smart twist on the zombie genre, ZombiU will whet your appetite for a while. If you are looking to blast, blast, reload and repeat, please look elsewhere.

This is a great review. I have been looking forward to this game for a while bit as it came closer to its release date, I was head more and more bad things about it but this puts my mind at ease a little. Now when I but it I will at lease know what to expect. Thank you for this great review.

Thank you for the kind words. I'm glad this review helped and hope you enjoy the game.