Soccer Up has no review on Wii's World. Write a review 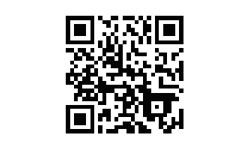 Soccer Up 3D screenshots
We've got 8 new screenshots for the upcoming 3DS eShop game Soccer Up 3D. Like its WiiWare counterpart, it's being published by EnjoyUp...

Soccer Up WiiWare game coming
EnjoyUp, the developers behind Chronos Twins DX, have revealed they're working on a soccer (aka football) game for WiiWare - it's called...