A return to retro gaming... again!

Only a little more than a year since Mega Man 9 hit WiiWare comes its sequel. Apparently the retro graphics, sound and gameplay which characterized Mega Man 9 were a hit amongst gamers, and while Mega Man 10 doesn't quite reach the same lofty heights as its predecessor, it's still a great game for those of us who enjoy 2D style games.

Like nearly every 'normal' Mega Man title, the premise of 10 is fairly simplistic and ridiculous. A new virus among robots called 'Roboenza' has gripped machines and robots across the world, 'forcing' them to go out of control. Obviously, though he tries to fake it otherwise, Dr. Wily is naturally behind the epidemic in another attempt to take over the world. Even the game's developer seemed to think this was a fairly lame idea, as there is far less story than in Mega Man 9. For those of you who have played the X games, it does not seem like Roboenza and the Maverick virus are linked, despite Zero being developed by Wily. 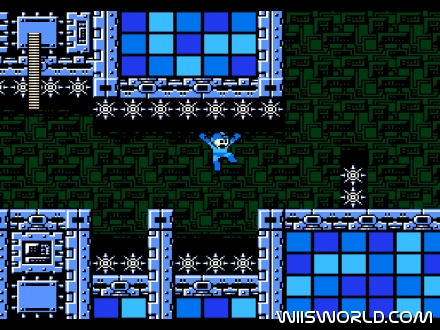 The graphics in 10 are very similar to that of 9 and the other six NES Mega Man games and five Game Boy titles. Unlike 9 however, 10 seems to favor darker color schemes in the overall design of its stages and because of this evokes memories of the later NES titles, i.e. 4, 5 and 6 which is either a good or bad thing depending on your tastes. Unlike Mega Man 9, there also does not seem to be a legacy mode which turns the game into a low FPS, flashing, 'true' NES game.

Gameplay is largely unchanged from 9, though there are a few notable exceptions. In some cases levels are harder than they were for Mega Man 9, sometimes they're about the same difficulty, and in very few cases (the Dr. Wily boss fight) they're actually easier. Either way, if you play the game on Normal or Hard modes it's insanely difficult compared to games today. For those who don't crave such a challenge, yet still wish for some fun, Capcom has included an easy mode which not only changes enemy difficulty, but also changes entire level sections, putting 'padding' around certain areas. Many will find themselves tempted several times to do so, but should not if they wish to have the authentic experience or at least build up their skills to Normal.

Making a reappearance is Protoman, whom rather than once again being DLC and optional is included with 10 from day one. Playing as Mega Man's 'brother' is actually harder than the normal game; while Protoman has the powerful buster charge shot, can shield himself while jumping, and has a slide move, Protoman becomes much more easily damaged and can only fire twice at a time, unlike Mega Man's three. In addition, Protoman can't buy certain items in the shop and doesn't get an ending either (those of you who check out Protoman's shop, notice Tango the robo cat that hasn't been seen since Mega Man 5 on Game Boy. That's fan service for you!). Bass, Dr. Wily's Mega Man 'equivalent' will apparently be a DLC character with the ability to fire diagonally. 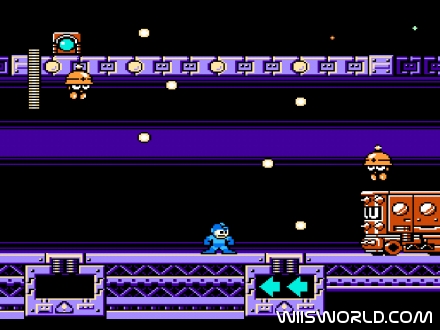 Also included are challenge and time attack modes. Time attack is as it sounds, and involves getting the best time on a particular stage. Speed runners will undoubtedly love it, especially as they can post their times to the world via Wi-Fi connection. Challenge mode is similar to an exhibition mode; small challenges are assigned via a list and depending on how well you perform it (i.e. get to the stage end, kill a boss, etc.) and how quickly, you get awarded a certain crown, bronze, silver or gold. There are at least 100 challenges and the replay value increases quite a bit from them.

The bosses in 10 aren't as interesting as those in 9 (no woman after Splash Woman? For shame!), but they more than manage to hold their own against some of the lamer bosses in Mega Man games. (Here's a tip: go after either Sheep Man or Pump Man first, then after Pump Man, go after Solar Man. You're welcome).

The music is decent, but with the possible exception of Pump Man and Nitro Man's stages, none really stand out in the same way that 9's did. Lack of Marketing maybe?

Either way, Mega Man 10 is an absolute steal at only 1000 Wii points and if you're up for a challenge, or miss the days of gaming when one would die constantly for days, please pick this one up.