Good times or a load of balls?

The unusually titled Pallurikio from Italian developers Playstos is a colorful arcade-style game. They were kind enough to gift it to me over WiiWare for this review.

The title screen greets you with a raspy theme tune and two game modes. The main one of these is adventure mode, which opens with a narrative told through a series of comic-book panels. It's the standard tale about a group of friends who break and enter into a strange house, only to get trapped inside a board game. Yea, that old chestnut. 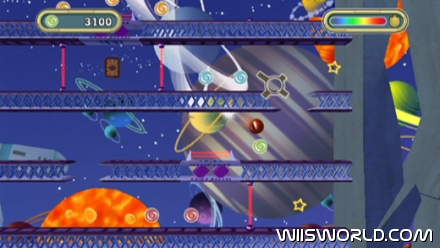 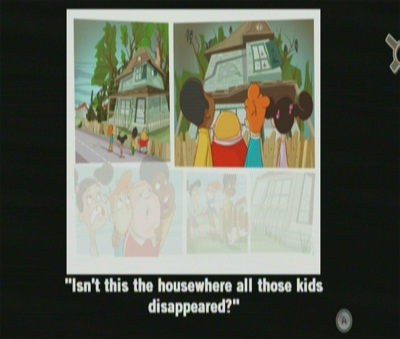 Needless to say, the main kid is turned into a ball called Pallurikio. That's how you'll spend your time in this game, rolling and jumping around maze-style levels collecting candy, stars and cards.

The ball controls are pretty straightforward, using the Wii remote, you hold the A button, aim in the desired direction, then let go. While doing this, a power arrow pops up to indicate how much oomph will be applied. There's a twist, in that Pallurikio can perform a strong jump when on the ground, or a weaker one when in mid-air. The mechanics for this are slightly sketchy though, sometimes when rolling at speed across the floor you might expect to do a big jump, to find you only have the weaker one available. This can result in some untimely deaths and potential annoyance. 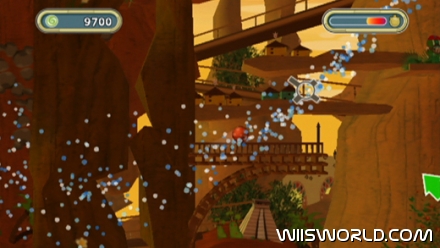 Pallurikio spans five worlds, each of them having ten levels. Every world has its own particular theme and artwork to match. The earlier worlds are kind of pedestrian, but things do get better later on, particularly in the space levels where you have zero-gravity sections and magnetic fields to contend with. The basic goal is to reach the end of the level before your time runs out, however each level also has a collectible set of cards and more fun can be had if you try to go for these. A number of the cards are deviously placed and require some thinking in order to reach them.

The game's chief strength is the imaginative level design, even with fifty levels there's enough variation in there to stop things getting too stale. In addition to avoiding standard hazards (spikes, laser beams etc), objects like blocks, buttons, moving walls/platforms, spears and spikes must be manipulated to make progress. One small gripe applies to the "Bakumbala" world, where spikes blend into the background too well, making them hard to see.

Pallurikio's presentation is just fine, the graphics won't blow any eyeballs out but they're more than adequate. Each environment is colorful and unique, the same can be said for characters and objects. Menus are navigated with simple pointing gestures and clicks. Outside of the main theme, the music used isn't particularly memorable, but it sounds alright while you're playing. 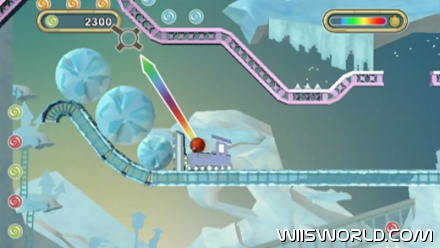 If you manage to collect all the cards throughout, five bonus levels are unlocked. These ice-cream levels are significantly harder than those available in the main game, but still don't provide a stiff challenge for very long. In all I completed the game 100% in around five hours. While some of it was fun the first time through, I don't feel inclined to play again. The additional mode called Time Attack simply has you try the same levels but you're timed with a stopwatch. If you're feeling competitive with friends, you could use this mode to see who's fastest, but ehh. There are no real multiplayer options to choose from.

Personally I'd sum up Pallurikio as an "ok" experience. It's well put together, with some nice touches of creativity scattered through the levels. At the same time, I can't say I felt truly engaged in what was happening on-screen, for the most part something was lacking. At 1,000 points it might be priced a little high for what it is, but if the gameplay shown off in the videos appeals to you, then you probably won't be too disappointed.