Published by Marvelous, Developed by Vanillaware

Could this be an awesome 2d game?

When Muramasa was unveiled I was immediately attracted to how the gameplay and graphics looked. However I was also concerned that the story might be thinner than rice paper and that the gameplay could get somewhat stale, since there was nothing but slashing throughout the trailer. These worries left me as soon as I started playing, not only did the story feel like a wondrous Japanese Shinto Mythological-esque tale (the sort of story I like), but the gameplay features what is probably one of the most varied combat systems I've ever seen in an action style game.

Muramasa follows two storylines, one of a young amnesiac ninja named Kisuke, and Momohime - a young girl possessed by a spirit. Your primary/only weapons are swords. The blades come with their own attack power, they can either be lightweight so they combo faster but do less damage, or very heavy and combo slower but do more damage. Each sword also has its own special move that drains the blade's "soul gauge". Blocking attacks will also decrease this soul gauge, and even break it if you take blocking too far. Fortunately all you need to do to restore a sword is resheathe it and pull out another one until it becomes restored. 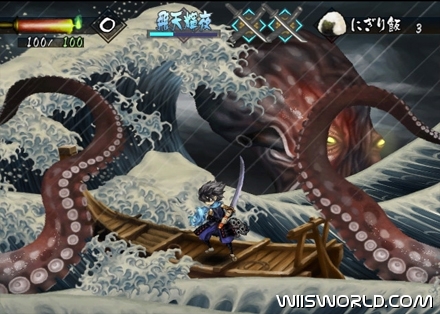 When you switch out a sword, if you've waited long enough, many times you'll have the chance to unleash a powerful "first strike" which will damage all enemies on the screen. The game lets you choose between the Wiimote, Classic Controller, or the GC pad. Not only do you have many options for your ideal control scheme, but the combat itself is great too. The battle system offers you many choices during a fight. You can simply choose to slash the enemy until he falls, use special moves (assuming the soul gauge of your sword is high enough), attack them in the air, continue switching out swords and using first strikes on opponents, deflect their projectiles, recover using items, etc.

All this is not to say the game is perfect. The jumping mechanic feels somewhat awkward since you jump with the D-pad as opposed to using a button, and there is LOADS of back tracking in the game. The game also lacks a co-op mode. These are all nitpick critiques, and the overall gameplay is not held back by these. 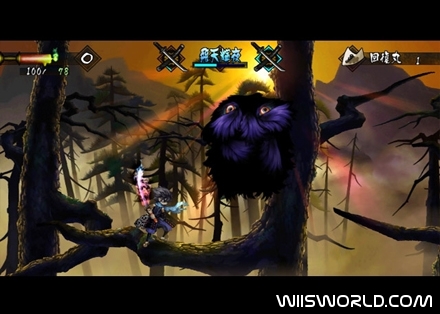 I've never been one to give a bit about graphics (no pun intended), however even I have to say those used in Demon Blade are gorgeous. It follows a similar hand-drawn art style to that of Odin Sphere, a previous game made by the same developers of Muramasa. The environments are so beautiful it almost makes the backtracking in the game fun, after all you can't admire the background when fighting back waves of enemies. You just have to play the game to understand the wondrous visual quality it contains.

Alongside the graphics, the sound is also well composed. The songs change depending on which region of the game world you're in, all are nice to listen to and fit the feel of their separate environments very well. Not all the tunes are incredibly memorable but there are several I'd like to listen to or see remixed. 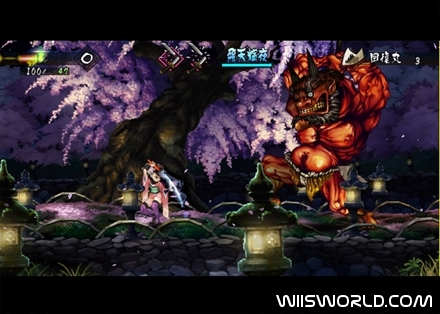 There are three very different difficulty settings which could potentially keep you coming back to the game.

Muso mode is the easiest which focuses more on leveling up your character than actually becoming good at combat. I recommend it to RPG lovers. 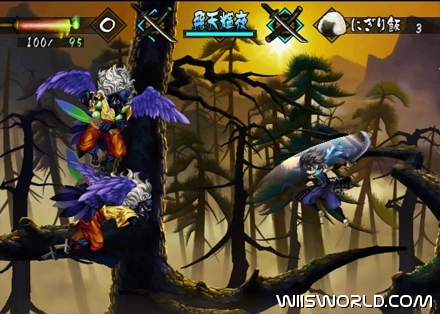 Shura mode takes a much more active approach towards the game and forces you to block and strategize more, this difficulty I recommend to anyone who misses that rush you'd feel when playing old school 2d action games.

Then there's Shigurui mode, the most difficult mode of them all which needs to be unlocked by playing through the game once. Simply put, this is a difficulty I don't recommend to people who take the game lightly and advise only the determined play.

With all three of these widely varying difficulties, loads of area to explore, a fun battle system and plenty of swords to collect, this could easily keep you busy for a while if you're a determined gamer like me and like multiple genres of gaming.

Whether you like action games, RPG games, or just want to have some fun Muramasa: The Demon Blade has something for everyone.

Ahhhg, I have no money! God at this point, I'm willing to sell my soul to get this game.

Well ok don't sell your soul nova. This is a great review.

*Nods head proudly after reading PerfectGun's comment*. Trust me gameplay nitpicking aside, the game is brilliant! Nova: I feel your pain, I really need a DSi.

Good review yosh. I'll have to put this game at the top of my list of "to get next" games.

Dammit! You beat to the review for this game! Man I wish I had some money or luck.

Game of the year.