A dream or a nightmare? 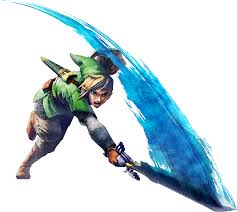 As a kid, NiGHTS into Dreams was one of my favourite games for the Sega Saturn. The weird, wonderful world of Nightopia drew me in, and I was hooked right from the start. The addictive gameplay, the frightening bosses... NiGHTS into Dreams screamed 'Future cult classic'. I remember NiGHTS: Journey of Dreams being announced and thinking that Sega could actually be on the right track again, since all they do nowadays is milk Sonic for all he is, similar to Apple and their Macbooks. But little did I know that Journey of Dreams is far from a worthy successor.

Okay, so it isn't that bad. The graphics are great for a Wii game, some allusions to the Saturn classic are well executed and it's friendly to those previously unaware of NiGHTS' existence. It eases you in and explains things in greater depth than they did in the first game. "How did they do that?", you might ask? Well, it's thanks to easily the worst addition to the series. Voice acting. Terrible, loathsome, absolutely cringe-worthy voice acting. Even our lovable (and supposedly androgynous) jester has been given the voice treatment, and I find myself reaching for the remote and muting the TV. It isn't very well executed at all, and suddenly makes the game feel cheap like a budget title from Morrisons, but I digress... it's a miracle this game exists at all and it's still a lot of fun. 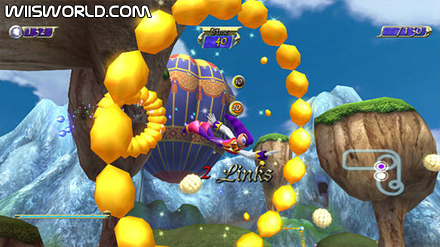 Whilst NiGHTS into Dreams was repetitive in nature, Journey of Dreams offers more variety in terms of tasks. You're still on-rails, but this works to its advantage, allowing you to immerse yourself in the world whilst completing your mission. These missions range from catching up with a giant bird to recover a key (a mission similar to destroying the Ideya cages in the original), flying through a certain number of rings deployed by an octopus and collecting jewels erupting from a volcano. It sounds crazy, but it oozes that true 90s Sega magic that's been lost since the Saturn days. Most of these missions are a lot of fun, but it's a shame that some of them can prove to be a massive thorn in your side.

A lot of long term fans will find themselves longing for those halcyon days, flying through Nightopia without a care in the world, but they'd have a better time downloading the recent HD remake for XBLA and PSN. Journey of Dreams itself is not a lengthy game, and could be completed in a matter of hours, but its replay value lies in the ranking system at the end of its missions, and even collectibles that result in a truly awesome reward for long time fans... trust me!

Journey of Dreams' saving grace is its boss encounters, which I'm happy to say are truly something to experience. While most games have a certain memorable boss, it's hard to choose just one, especially when you're playing a game of hide and seek with a magic chameleon, or disposing of a witch's unhealthy collection of cats. The game is worth persevering with just for these battles, even if you think the story is not up to scratch. The music is fitting for a game of this nature, and once again alludes to nineties Sega. 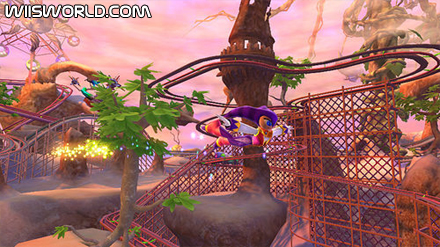 As for the story, it's your standard good versus evil fare with nightmaren NiGHTS (along with Will or Helen, the Elliot and Claris of the game) leading the assault against the mighty Wizeman and his loyal servant (and NiGHTS' rival) Reala. This is something I think worked well during the dawn of 3D gaming, but perhaps not so well in the era of other great games such as Bioshock and Halo. But Journey of Dreams has a purity about it that's not as common as it was back in the nineties. Sure, the controls could be better (I resorted to the Wii remote/nunchuk combination as opposed to the inaccurate 'Mindsight' control) and the game could be more faithful to the original, but I found it to be a breath of fresh air in a world that's not so daring nowadays.

Due to its time of release, NiGHTS: Journey of Dreams was overshadowed by Super Mario Galaxy, which is truly superb, but it's not fair to compare such a game to NiGHTS. In fact, it's impossible to compare it to any other game but the original. Journey of Dreams is in a league of its own, and while it's not perfect in any sense of the word, let it take you into a world scarcely seen in games nowadays.