Fresh controls for an awesome game.

Essentially, Resident Evil 4 for the Wii is the same game you've played on the Gamecube or Playstation 2. Although taking all of the extras from the Playstation 2 version and the better graphics from the Gamecube version make this version a must-buy for die-hard fans or for newcomers looking for a scare.

Using the Wii remote's pointing system you will aim your gun (similar to Twilight Princess). You pull out your weapon by pressing the B button located under the controller, and shoot with the A button to pull off combos you never thought were possible in past versions. With the knife there are two options, you can either just swoosh the remote and your knife will fixate on its closest target, or you can press the C button to aim at something then slash. 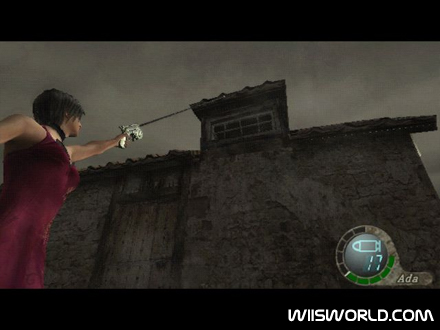 Resident Evil 4: Wii Edition is definitely the most fun, but also easiest version of the game. Why so? Well because whenever the cross hair reaches a target that can be shot, it turns red (rather than traditional green) and makes a slight rumble in the controller, making some things that were meant to be hidden easier to find. This could be a good thing for some people, bad for others.

If you haven't played the game before, Resident Evil 4 takes place in a village somewhere in Europe (unspecified). You play as Agent Leon S Kennedy, your goal is to save the President of the United States' daughter, Ashley. You'll find yourself pitted against an array of infected villagers, insane cult members, giants and monsters, to say the least. The environments are always incredibly detailed and you'll rarely find yourself bored.

The chilling atmosphere of the game gets scarier as you advance through it. Sometimes blood and gore are the essence, so make sure you're seventeen before you pick this one up! 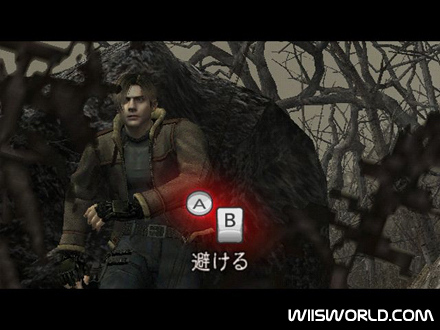 The puzzles included along the way are quite amusing. I'm not saying they're as good as Zelda's, but they'll get you breaking a mental sweat now and then, keeping a good balance of difficulty. The whole experience is quite lengthy, back in the day it took up two discs for the Gamecube version. You should get at least 15 hours of fun if you're a noob. Once you beat the game you unlock some goodies.

A lot of extras are included, ranging from two playable side-quests featuring Ada Wong, a mini-game called mercenaries where you defeat enemies within a time limit to unlock guns, and a movie browser mode which showcases all of the game's awesome cut-scenes. Once you've completed everything you can give professional mode a try and see how good you actually are.

All in all, this edition is good fun and a fresh take on a great game, with a reasonable amount of content. If you're looking for that rare M-rated Wii game, Resident Evil 4: Wii Edition is it, and with a 30 dollar price tag, who could refuse?

metroid lover: Let's get right to the answer, is this port of a gamecube game actually good? HELL YES! Capcom delivered... read more