Is this the future for Soul Calibur?

Well, am I disappointed. This was one of the few times I have disregarded all review sites and purchased a game universally despised by reviewers. That was a mistake. Ha! I'm probably going to avoid doing that for a while as this game was a waste of time and money, but also gave me tennis elbow (not seriously, my arms just get sore after marathon sessions) and left a bad taste in my mouth. But don't listen to me complain! Read my scientific, unbiased review! I'll save the complaining for later. 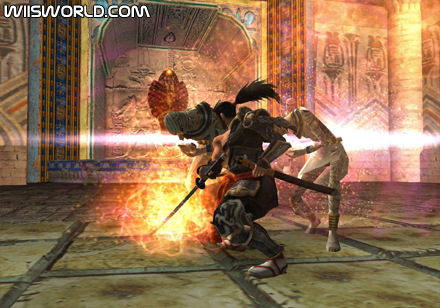 When Nintendo unveiled the controller, did your mind flash to swinging the controller as a sword? That was my dream, and Soul Calibur Legends has dashed it to the ground. You progress through the game with a miniscule array of attacks and combos at your disposal, and trust me, it gets repetitive.

Adding insult to injury, you basically have to wave your arms with big gestures in order for your attacks to be recognized. Even then, the game often decides not to acknowledge it, so you can be flailing in the midst of an army of opponents while your character sits still to die. Believe me I tried subtle movements. That's how I play Wii Sports and Red Steel. It just doesn't work here. Large, flourished movements don't work every time either. Overall, the play mechanics are sketchy at best, perhaps even broken. 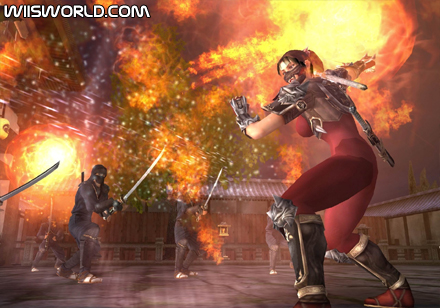 Despite this horrifying unplayability, the graphics are done well. Some of the environments are a little bland, but your characters and their animations look impressive. In fact, your enemies' animations are good too. The Soul Calibur we know and love comes through a bit here. The games have always been pretty, and Soul Calibur Legends doesn't fail to deliver in that aspect. Visually it's much better than the typical Wii fare, but not quite up to Metroid Prime 3 or Super Mario Galaxy standard.

There are awkward silences at times and the music is fairly average, no better, no worse. Unfortunately, the same cannot be said for the character's lines that they spew out during battle. Each combo has one assigned line, so if you find a great combo, you're forced to listen to the same sentence over and over. Congratulations, here's your Certificate of Redundancy Certificate! 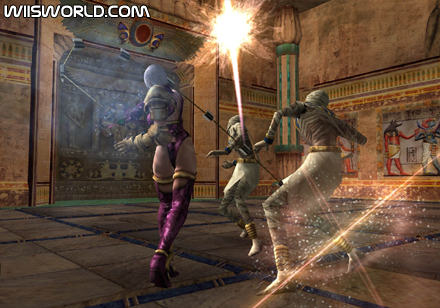 If you can even stomach this game for a whole play through, I can see no reason for you to try it again. I'm still in disbelief that they've put the Soul Calibur name on the box. Either I'm just too big a fan of the franchise to accept this type of mediocrity, or the developers got lazy.

If my review sounds hate-filled, it's because I spent fifty dollars and eight hours of my life on this unsatisfying experience. If you think I'm too rough on the game, try it for yourself (that's not a recommendation).

Soul Calibur is way too good for this cheap kind of spin-off. In the end, I'm forced to watch as the Wii's competitors get what I so desired: Soul Calibur, the game I played with my friends. The game I enjoy. The game worth my time and money. You'd do yourself a great favor to stay far, far away from this one.

It's anti-Wii bias, Big N wants all of the old franchises like FF or SC right? Well the developers clearly like the 360 and PS3 more, so they just make a crappy game and call it Soul Calibur.

I honestly didn't have too much difficulty with the controls, I admit they were definitely off, but I don't think the game deserved an E. I found it to be fun and interesting, regardless of the off-controls, and I think it deserves a C instead.

It's been a long time since I played (rented it a few days after it came out) so I can't say much about the animations, but the graphics are good? C'mon, those were terrible, the terrain was downright horrible, and the character models weren't any better! They looked like their ps2 brethren, and I am willing to bet that's what they were, just lazily ported models from SC3, I don't remember the costumes from that game, but it can't be much different. If you want to see what I mean, look at the difference in quality between Siegfried and the king, who looks pretty good, but he's the only one, it's disturbing how such a big and powerful studio could be so lazy, proof once again how the Wii is being exploited for profit, and that's why Wii needs graphics at least twice as good as SMG, so the developers could be embarrassed into doing a good job. Let me break this down for you: higher the quality = longer development, longer development = more money spent, better game = more sales -SO- more money spent = better game, and more sales. Instead of spending X amount for a single good game, they spend that same X amount on 5 crap ones, and are lucky if they sucker people into buying enough to cover a fifth of development costs. In other words, there is NEVER an excuse for a bad game, don't blame the market, the gamers, the system. This is why I have high hopes for high voltage and nibris, they are clearly excited and trying hard to produce games that will make seasoned developers look pathetic, and that is the heart of the Wii.

They should have put soul calibur 4 on Wii but instead of the Wii remote you could use the classic controller. The star wars guest character could be obi-wan.

Yeah this game is very bad compared to the other soul calibur games. This is a great concept level up system but the levels are too short, bosses too easy, not enough attacks really.

The only reason that this game is terrible is because the developers are not used to making the game with motion controllers, it's their first try and it was horrible, but give them a chance as in the future I would love to see a 3d battlefield version of soulcalibur. Hope they do better next time.