Published by Aksys, Developed by Eiconic

A party game desperate for attention.

The party game. Perhaps no better example of a stereotypical Wii game comes to mind. This is not to say that all party games on Wii are of poor quality, but it does mean that the average Wii owner is one of two things: completely sick of party games from playing too many, or has been completely turned off of them since the very beginning. Squeeballs Party, developed by Eiconic, is a party game for the target audience of 6-14. Note that its ESRB rating is E10+.

The game's premise isn't exactly explained, as much as it is implied. A look at the manual gives a more telling rendition of what the developers were hoping to convey. Apparently, the Squeeballs are stuffed animals created on a Pacific island that need to be tested before they can be sold to children as toys. Testing them involves all sorts of cartoon violence and mayhem, which seems a bit strange to me. For a game hoping to sell to a young audience, the game has a lot of suggestive violence, making the slaughter of animals look fun and entertaining. Now, I'm of course not one to go around condemning violence in games, but I feel that the developers could have done something cleverer with the characters, and not just electrifying them, cooking (then feeding to other Squeeballs) them, hitting them with a racket, shooting them with a cannon, etc. 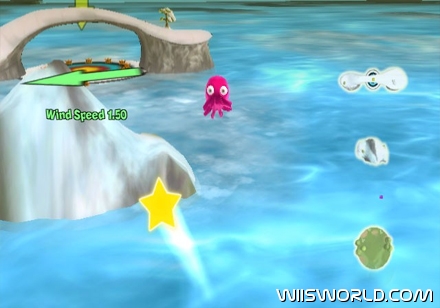 Before I get into the meat of the review, however, I am required by a new FTC law to inform all of you that the game was sent to me by the publisher, free of charge, in a crate filled with about eleven stuffed Squeeball plush toys. I assure you, this will not in any way affect this review.

On the cover, the game announces that it has 150+ minigames. To an extent, this is a lie. There are 150+ challenges and modes, but there are only eleven minigames. Granted, the goals, difficulty levels, and speed undoubtedly vary from challenge to challenge. Basically, the game has a challenge ladder, which puts the player in a position of needing to finish all the challenges to unlock more challenges and new minigames. There's another mode, called single player (which is confusing, seeing as the challenge ladder is single player as well) that is essentially an arcade mode for each minigame. Other modes, like party and head-to-head, are multiplayer experiences. 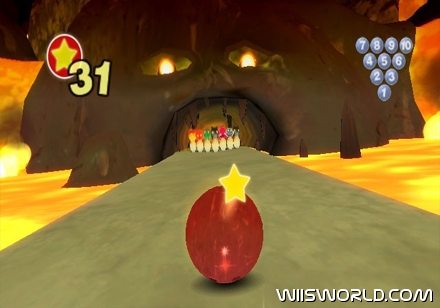 Some of the minigames are actually modestly enjoyable, such as Shock and Stampede. Shock, specifically, has the player guide a ring through a wire, without the ring touching the wire, until it hits the end. I never experienced any problems with this minigame, other than my own clumsiness. Others, like Cooking and Cannon, end up being complete waggle-fests, with suggested motions that the game can't identify from one another, meaning that just about every action in Cooking will consist of the same flailing. Cannon in particular is a pain, as it often requires the player to hit the launched Squeeball into a specific area, which the controls aren't always responsive enough to allow. Other minigames, like Paint by Squeeballs, are simple, but not entirely fun. They can be monotonous and sometimes frustrating.

Overall, the gameplay lacks more than it actually has. A good party game requires more variation and more interesting mechanics. The games shouldn't rely on who can waggle faster, or who gets more lucky shots, but examples exist where the two are present. 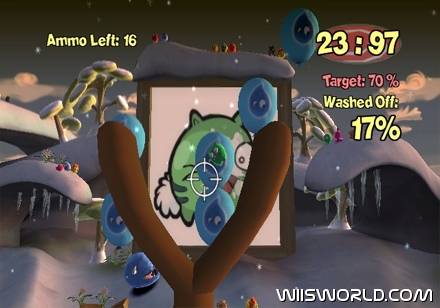 I was surprised by the amount of effort apparent in the presentation. The game runs at 480p widescreen and at 60 frames per second, most of the time. There is a nice sheen of lighting effects present and the atmosphere of the game is colorful and vibrant. The pre-rendered cinematics, while a bit lifeless in content and motion, have a clean feel. Nevertheless, there is only one cinematic that appears before each minigame, so they quickly become old and feel a bit unnecessary.

The character models, however, leave a bit to be desired. Each character is unique and different, but in game, they often have a canned, lifeless look to them. One specific example of this comes to mind. In the minigame, Cooking, the goal is to cook food (usually out of other Squeeballs) and feed it to another, larger Squeeball called El Toro. Throughout the entire game, El Toro looks completely comatose. He gives a blank, awkward expression when satisfied with a good meal, and just seems incapable of expressing any sort of clear emotion. For a game so focused on selling these characters, the animation and models really should have been better. 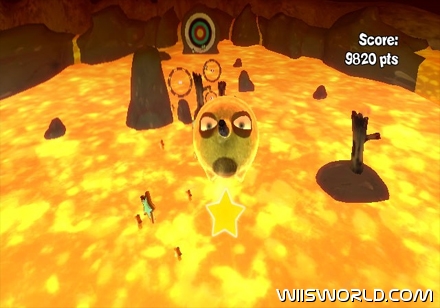 I'll give the game this: there's never a moment that feels completely silent. There is, however, an original theme that gets a bit tiresome, sound effects that get repetitive and stale, and I guess what you would call voice acting that fails to convey any real emotion. Each character gives off distinct whines and growls that try to make them seem fun and adorable, but only really serve to make them annoying.

During the cinematics, the player will hear a lot of foley that is actually well placed. Nevertheless, the voice work still lacks depth. I respect that this isn't really the point, but a game should strive to excel in all areas, not just check them off from a list of necessaries. 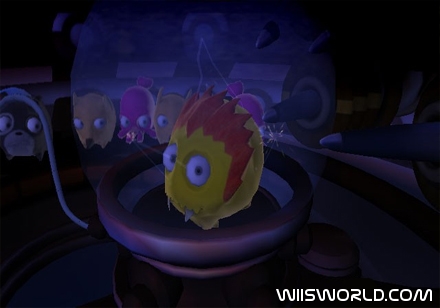 This is the kind of game to pull out whenever families come to visit or when the parents want to play some games that aren't too hard. The game suggests that the core target audience is 8-12 years old. This is very confusing to me because I myself never wanted to play party games when I was in that age range, I was playing RPGs, simulations and strategy games. Kids often aren't the ones who need simple game mechanics and cheesy themes. In many ways, these games are more for adults who want to connect with their kids and not have to spend time learning complex controls.

Nevertheless, Squeeballs Party does legitimately have some enjoyment value. And for $30, the game isn't asking too much. It just doesn't entirely succeed in any specific area, and will most likely remain among the overlooked titles.

Meh, they're alright. There's one of a very angry squid I like.

Gameplay controls absolutely suck. How is one supposed to work the racket for the cannon game?

What kind of a name is squeeballs? I mean, seriously, it sounds kind of wrong. It already looks kind of stupid anyways. I don't mean to be mean, but the name is sort of retarded and the characters.

This is morbid! I can't even bear to watch the cooking. My 6 year old sister got this for Christmas and we are playing it now. On a rating of 1 to 10 I would give it a 3.

Would you mind. May I know what is the distributor of this game. Thanks.