The House of the Dead 2 & 3 Return review

The moment this title showed up amongst my Amazon recommendations, I felt an excitement that I haven't felt in a long while; that tingle of anticipation which comes when you know you'll be able to get your hands on a game that has a fun factor of 10. That feeling was short-lived, however. After I had placed my order, I began to worry about a few things. Were these games going to be faithful reproductions? And how was this light gun title going to translate for use on the Wii remote? You'll be happy to know that whatever reservations I had about this game faded completely about 30 seconds into actual gameplay.

First and foremost, both titles are direct ports of their arcade counterparts. Both of them will look exactly how you remember. Secondly, playing with the Wii remote is extremely easy; using the trigger button so much may feel a little funny at first, but you'll soon get used to it. For those of you that insist on playing these games as they were intended I recommend the Nyko Perfect Shot; this shell has a nice weight with the Wii remote inside it and the trigger responds satisfyingly. 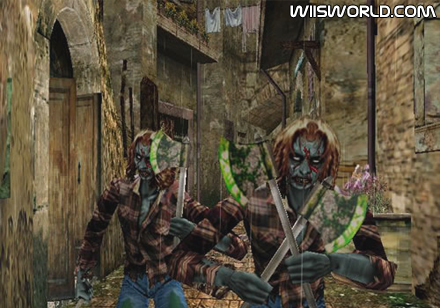 The House of the Dead 2, as anyone who has played it will know, has its problems; mostly with the voice over work. The script was clearly written by Martians, for Martians, and performed by Martians. The character's lines are delivered with zero emotion, and the script is so corny and campy that it will make most people cringe with embarrassment for those who wrote it. Oddly enough, there is a select group of people who, like me, find this to be one of the game's more charming qualities. We can tie this attitude largely to nostalgia.

The graphics were good for their time but pale in comparison with today's standards, hardly surprising since these games were released in 1998 and 2002 respectively. The experience doesn't really lose anything by that fact; this series is about shooting zombies and watching their headless bodies cavort on the ground, and The House of the Dead always delivers on that front.

The House of the Dead 3 delivers more of the same. While I never had the chance to play this game elsewhere, I really enjoyed it. The graphics are sufficiently gory and, again, that's what this series is all about. The voice acting takes a step up here; while it's not phenomenal and the script still suffers from corny, stilted writing, it's certainly an advancement of epic proportions when compared to its predecessor. I realize that so far, this has been a complete love-fest, but I do have one major issue with both titles, and that's the amount of time it takes to complete them. Both are over fairly quickly once you get the hang of blasting zombies and mutants. Unfortunately the higher difficulty settings really don't do much to add to the game's replay value.

When looking at this package as a whole, Sega has delivered something quite special. I encourage everyone to purchase this title; there are rumors that if it sells well enough a port of THotD4 will be forthcoming. 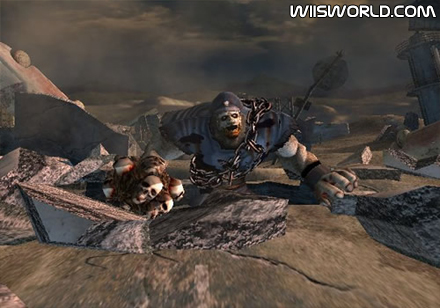 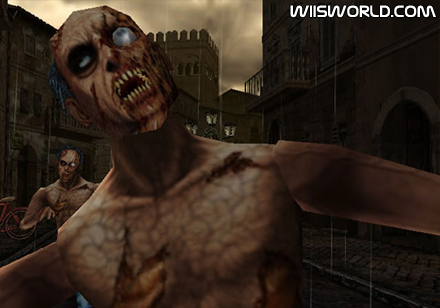 Light gun arcade style games are more for fast paced fun and quick reflex movements not a strong story! I own this game and when I play the voice is adequate enough for a game of its genre. I'm what you call a hardcore gamer and not by today's standards of the word (which carry no meaning) but I play and own all so arcade games are always in my favor amongst others.