Since The LEGO Movie crashed into cinemas a few months ago the film and more recently the games have been full of praise, silly jokes and great visuals. The previous games were quite addictive, only some of them have no dialog, which in my opinion made the games slightly weak when it came to following a plot.

It's now a time where the LEGO characters no longer make noises to show their expressions rather than actual dialog, finally voice recording is put to good use. With the recent LEGO games like Marvel Super Heroes and The Hobbit kicking arse when it comes to gameplay, I had high hopes for LEGO City Undercover. 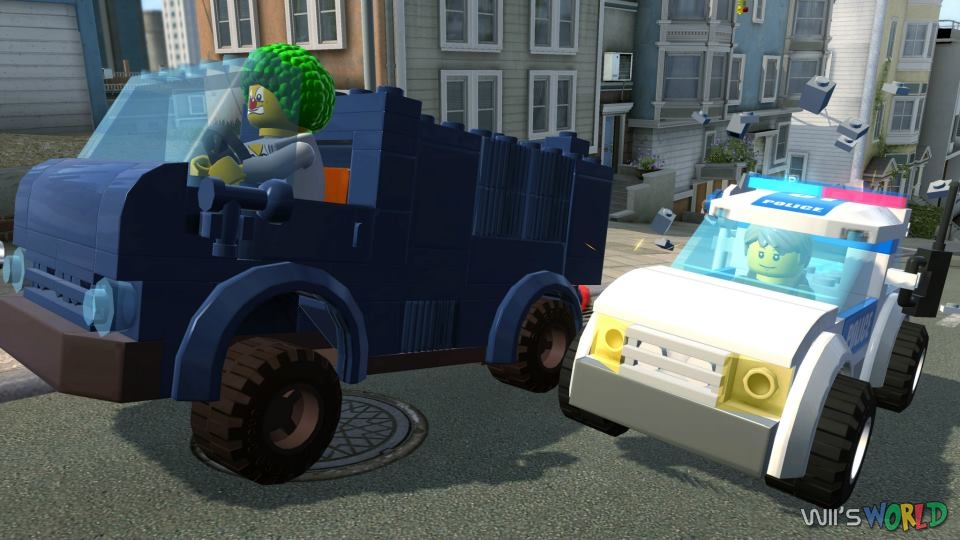 LEGO City Undercover plays like any other LEGO title does, only this one is more special. It's a Wii U exclusive, thanks to the big wigs at Nintendo getting the publishing rights, so expect Mario references. It plays like a game that's in the same league as Grand Theft Auto and True Crime/Sleeping Dogs, only this is aimed more at kids, not those who want to go on kung fu killing sprees. That doesn't mean that grown ups can't have fun, I'm nearly 20 and I bought this game without any intention of getting it for anyone else, because I'm the only Wii U owner in England probably.

The story follows a born again cop called Chase McCain who is back into the police force only to tackle his arch nemesis, Rex Fury, a criminal mastermind who is on the run. Chase has previous experience (and humiliation) with Rex in the past, and must bring him back. It involves a lovely lass called Natalia who is plastic and fantastic in the eyes of McCain, but you work for an annoying grumpy moron called Chief Dunby who you will love to hate.

You start off with a tutorial by meeting Frank Honey, a silly minded cop that is quite stupid, but offers a sweet comical feel, and then he will meet you up with new characters to teach you different things. After you get started with a few missions you're ready to free roam and wander into LEGO City. As you play this game more you do however have to put up with what is one of the worst loading screens I have ever come across. 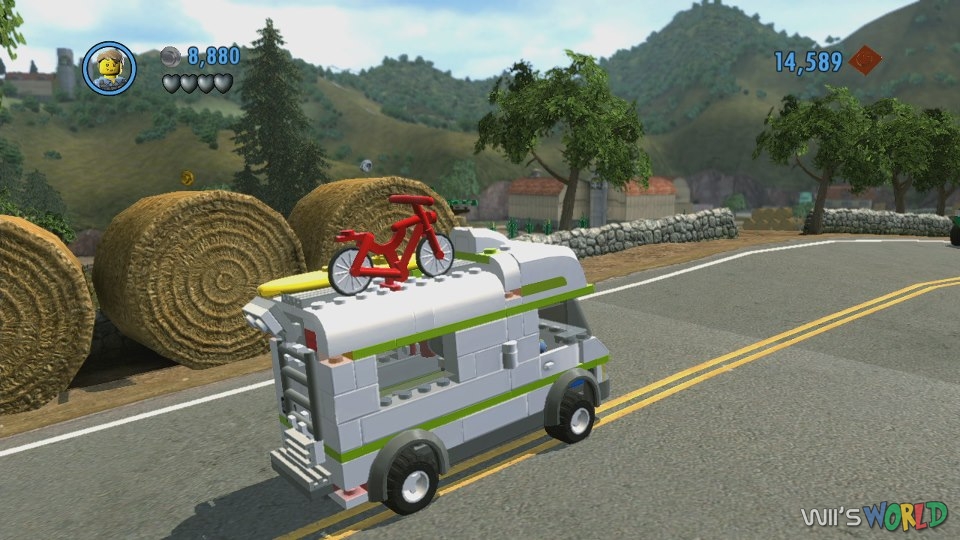 The loading takes a while even for a simple cut-scene, but it is something you will have to bare with. LEGO City Undercover does redeem itself with the cut-scenes as they are enjoyable with excellent voice acting and even the good and the bad jokes. On the scale from dumb to clever everything in that scale has been set, from Honey's "compupers" joke to The Shawshank Redemption references.

The visuals are great, though I have to admit, knowing it wasn't the LEGO City from The Lego Movie is a bit upsetting, but that's just personal preference. Game environments are based on realistic world surroundings with everything breakable made out of LEGO. Somehow the LEGO made items don't seem out of place with the realistic visuals, it all fits nicely. When you get the grapple gun later in the game, use it to shoot everything in sight to collect as many pins and bricks as you can.

Breaking stuff also leads you to collecting sparkly bricks to help you construct "Super Builds", which is an important feature in and out of a mission to construct things like ferries or drop in centers for your vehicles. Vehicles are excellent to drive, you spend most of your time collecting pins along the pavements running people over in the process. It's fun to drive anything the game offers, even the segways!

Over time you will also be collecting disguises, you have the main ones which help you out during missions and others just to collect and buy with the pins when they are unlocked. It may all sound tedious, but whilst you are driving a vehicle or running around shooting trees the chips feel like they magnetize you to them, after all, it's free money in Lego City's currency, it would be like a sack full of thousands of dollars right next to a garbage can. Driving up onto jumps can be questionable, even if you go up the ramp at the slowest speed you end up flying over the moon.

The visuals in the cut-scenes and on the Wii U GamePad are colorful, the lip movements are spot on too. The effort put into this game shows clearly with how well the GamePad and the TV work together, rather than having a little map in the corner of your TV, the GamePad is your map, your scanner (motion controls right there!) and also a communication device. The puzzles in this game require both the TV and the GamePad screen when you try to find hidden items. The puzzles are fun to figure out when in a mission and also out of one. 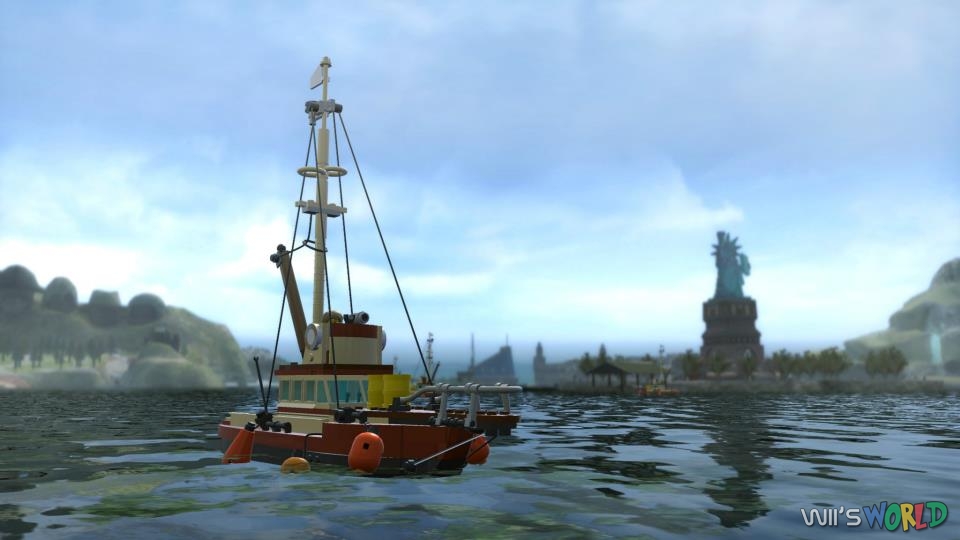 Everywhere in LEGO City has a puzzle of some sort which you need to solve, one of these is finding pigs and then firing them out of a cannon. There are Nintendo references scattered everywhere, which is typical from a Nintendo publication, but they're fun when you get to them. The music in the game is top notch. There are loads of genres of music and each one has been done to a decent extent, the theme tune sounds like something from a 80s cop show - perfect for this game and its background.

It's not all golden, and LEGO City Undercover does feature some minor glitches. The game has crashed on me, and once in a while when you build an item to help you it will glitch for a bit too, it's rare that this happens, but I've made sure this isn't my Wii U at fault.

The sandbox style of play gives us a chance to reach out further into the LEGO world they have created for us. You can get hooked to it for ages as there is so much to do in your own way. I tend to shoot the grapple gun everywhere I go as it destroys lots of LEGO so I can get those precious bricks and pins. The gameplay is smooth, the cut-scenes are funny and it looks and sounds fantastic. It is a great accomplishment from the TT Fusion team, though I recommend having a relaxing beverage whilst the loading screens are on, trust me, you will have enough time.