Ever since the release of LEGO Star Wars, LEGO has seen fit to release video game installments of nearly every property associated with the popular toys. With the recent releases of both The LEGO Movie and the recent films based on The Hobbit, another video game installment was inevitable. Unfortunately, one of the few good video game franchises for all ages is starting to show its age.

As one might expect, LEGO The Hobbit is based on the ongoing film adaptations of J.R.R. Tolkien's fantasy novel. Players start the tale in The Shire and end in The Lonely Mountain. As in the film, trolls, orcs and even goblins are all encountered in a series of adventures alongside unlikely hero Bilbo Baggins. Players might be disappointed if they were expecting a full retelling of the book or movie, as the game adaptation is very abridged. Despite having a narrator, the game only goes over a few key sections of The Hobbit's story, and players younger and older may become confused as a result. Admittedly, there is some of the same humor that the LEGO video games are known for, but a lot of that same humor and charm has been lost since the introduction of voice acting in this series, with The Hobbit another casualty. 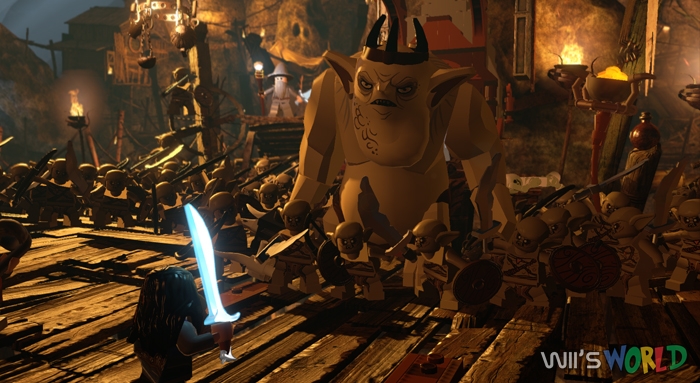 Ultimately, LEGO The Hobbit is not very different at all from any other LEGO title. Players control one character at a time, with multiple characters available to use. Each have different abilities and it is often necessary to switch to solve various simple puzzles. When all else fails, characters can smash nearly anything they see into smaller bricks and often build them into something new. There are quite a few collectibles along the way, and the occasional boss and simple fight scene. As mentioned before, not much has changed from even the first LEGO: Star Wars.

There are a few relatively new aspects, but these do not add much to the gameplay. A building mechanic has been brought over from the LEGO Movie Videogame, but now requires players to collect materials before being able to build. It feels like an attempt to simply waste player time, and happens much too often until frustration occurs. Cooperative 'Buddy' attacks have also been added, but aside from having an extra step to accomplish something in a level, add little. There are also a few side quests after portions of the story have been finished, but these have been done before in other LEGO titles i.e. Harry Potter and Batman.

As usual, the visuals are a highlight but not for pushing polygons. Having so many different character and movie backdrops in LEGO form is still a testament to the artists and programmer skills, but after so many games it is likely that there is less effort put in than there used to be. Animations are good and the game does not suffer from technical problems, which is more than can be said of many other video games. 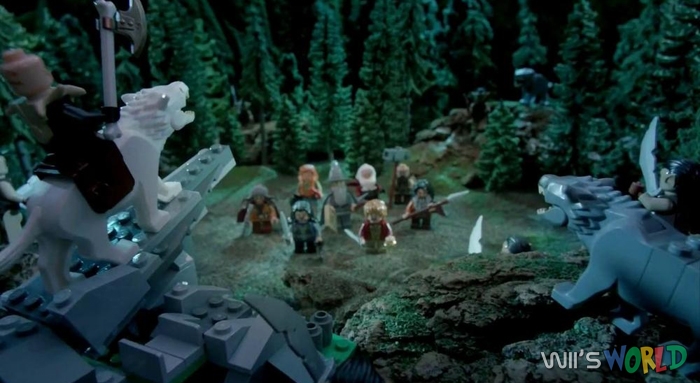 Both music and voice work are almost entirely taken from The Hobbit films. Though the music is still great, the voices sound very artificial. Yes, it is nice to hear the likes of Ian McKellan and Martin Freeman in a game, but these scenes feel a bit too much like the developer simply cut and pasted movie scenes and added LEGO visuals. There is not much to say about the also recycled sound effects from previous titles, and overall the sound production feels lazy.

LEGO games typically have quite a bit to do in order to keep kids busy. In addition to a six hour story mode, LEGO The Hobbit also has the series' typical Free Play mode. In this mode, players can go back to finished stages and gain all of the remaining mini-kits, silver bricks and studs to gain extras like more characters, vehicles and 'cheat codes' to manipulate the game with. Players can also play the game with a partner in co-op as usual. Publisher Warner Bros. has said that DLC will be added to the game when the third movie installment, the newly named 'Battle of Five Armies' is in theaters, but time will tell if this applies to the Wii U version.

Overall, LEGO The Hobbit feels like the sort of game that developer Traveller's Tales wished not to make when they started the series. This installment feels rushed, lazy and a sign that the franchise may wish to revitalize itself in the same way that The LEGO Movie did for the LEGO toy image. With more than ten installments so far in this series, maybe the LEGO video games could do with a brick break so that 'Everything is Awesome' once again.