Published by Activision, Developed by -

Our Friendly Neighborhood Spider-Man has been having a rough time of it lately. A half-baked animated series, a successful yet low in quality movie franchise and even being kicked out of his own body by Doc Ock for two years. While the last three Spider-Man video games have been at least a step above the usual licensed titles, the Parker luck has struck again with The Amazing Spider-Man 2. This tie-in game is not actually as bad as the movie which it came from, but that is not saying much.

With the first game, developer Beenox wisely set it after the movie's storyline. This gave the video game a distinct identity and allowed for different characters and plots. Unfortunately, while the sequel does not directly follow Amazing Spider-Man 2, the entire game is loosely based on the film. As a result, both original and borrowed elements are used very briefly and characters and plot lines are very brief. Rather than an interconnected story, Amazing Spider-Man 2 feels like a series of one-shot comics. There are story moments which show promise, but they seem to leave as soon as they start. 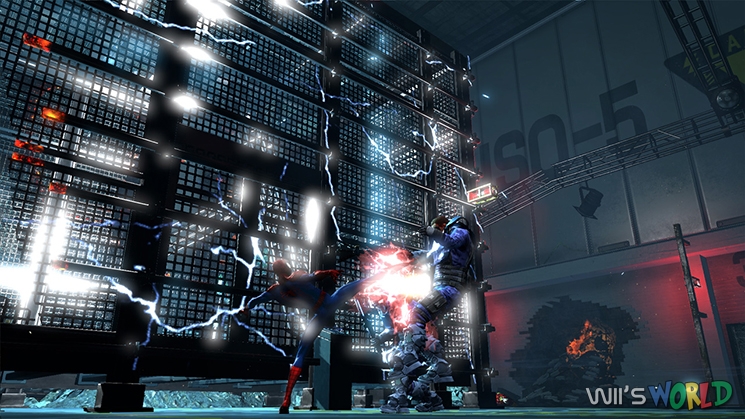 If players have tried any of the recent Spider-Man titles, they will likely know what to expect. Taking on the role of the titular superhero, players are put into an open world New York City. Players fight bad guys, move through the story in interior environments, fight villains and find collectibles. There are many side activities like saving citizens, linear races and busting gang hideouts. Unfortunately, none of these aspects are particularly interesting or fun, and feel very generic.

One of The Amazing Spider-Man 2's biggest problems is a design oversight, not due to a rushed game. Presumably to make players 'feel' more like Spidey, web swinging is only allowed when there are buildings to stick lines to and both left and right hands are based on the left and right trigger buttons. Those who stick to the lower parts of New York might find it thrilling, but it is slightly disappointing that you cannot swing whenever you want. The game's camera makes this problem worse, with players likely to end up crashing ol' Web Head into buildings accidentally. Being able to web swing on thin air might not be realistic, but it is definitely far more fun. Beenox has also included the Web Rush mechanic from previous titles, but this feels loose and will often end up taking the player to areas they do not wish to go. Overall, the controls feel loose and clunky, even compared to Beenox's own previous Spider-Man titles, and that is simply unacceptable.

The other major gameplay issue is the 'Hero or Menace' system. In many superhero/open-world titles like this, players are often given the chance to choose whether they wish to help others or hurt them i.e. Spider-Man: Web of Shadows. ASM2 on the other hand, dubs Spider-Man a hero if he performs a 'heroic act' such as preventing a bomb explosion, saving citizens from a burning building, or beating up on local gangs. Normally, these types of activities are done only once per area and give bonuses in open-world games, but in ASM2, they constantly reappear. These events are timed, so if players do not get to them in time, they miss out on doing the activity. If the only penalty was a loss on a bonus, currency, etc. this would not be terrible. Unfortunately, failing to do the acts results in the 'menace' side of a meter filling up. Even one level of the meter results in a 'task force' which goes after and attacks players. Unlike a title like inFamous: Second Son, the good faith generated by helping others does not last, and players are forced to repeat the same tasks constantly to keep heroism up. So overall the game punishes players for not doing things a specific way. That does not seem like a fun game at all. 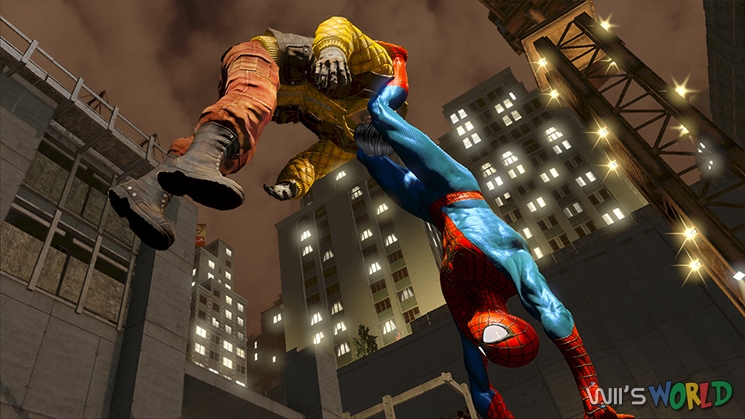 Every other gameplay element is not bad, but they are not that good either. Combat is a simplistic variation on the Batman Arkham titles with little variation aside from occasionally dodging. Boss fights are equally dull, with almost every fight relying on similar tactics. Stealth is somewhat fun, but does not feel rewarding compared to the aforementioned Batman titles. There are also segments in which Peter Parker either gathers information through picture taking or conversations, but these are little more than glorified cut-scenes.

The graphics are good, but not great. Players go to the same areas constantly both inside and out, and Spider-Man's Manhattan feels bland compared to inFamous' Seattle, Batman's Gotham or even Saint's Row's Stillwater. Technical problems like game crashes, long load times, skipping music and invisible character models give the impression that the game was very rushed. Character models and animations are okay, but again, don't show a great deal of effort.

Music is largely taken from either the movies or is fairly generic, which is consistent with the game's 'okay' vibe. Voice acting is largely much better. Sam Riegel is not the best choice for Spider-Man, but he does a much better job conveying actual emotion into the character than movie 'actor' Andrew Garfield. The remaining characters are voiced by veteran talent such as Steven Blum, Fred Tatasciore and Ali Hillis. Save maybe for the questionable choice of JB Blanc as Wilson Fisk a.k.a. The Kingpin, the actors all do a fine job. 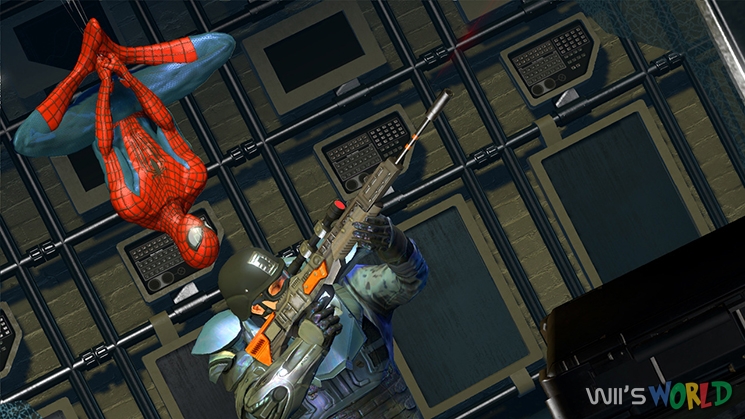 The main story of ASM2 will take most players about five to seven hours to finish, including repetitive side tasks. Players do have the option to collect real comic pages to read later, figurines, audio logs and costumes, but this largely feels like filler instead of meaningful content. To be fair, this is a consistent problem in open-world titles, but many do it better than this game.

Overall, The Amazing Spider-Man 2 feels like what it is: A movie tie-in game that was rushed to meet a deadline. However, this does not explain the game's baffling design decisions and it makes a person wonder if Activision is giving Beenox too much freedom with the franchise or not enough. Either way, there are better Spider-Man titles from Beenox themselves and not even the most die-hard Spider fans should consider this title.