The Legend of Zelda: The Wind Waker HD

The Legend of Zelda: The Wind Waker HD review

Waking up the Wii U.

At first, I was thrilled to hear that Nintendo was planning on the release of a high-def remake of The Legend of Zelda: The Wind Waker. I immediately started thinking "What are they going to add to this game?" Perhaps some new dungeons, new characters and weapons? Voice acting?

I soon found out that it would be none of those things, but I decided to give the game a try anyway. I'm really glad I did, because it surpassed my expectations within the first thirty minutes of playing. I bought and played through the original almost a decade ago, and I can say with confidence this upgraded version does it great justice. 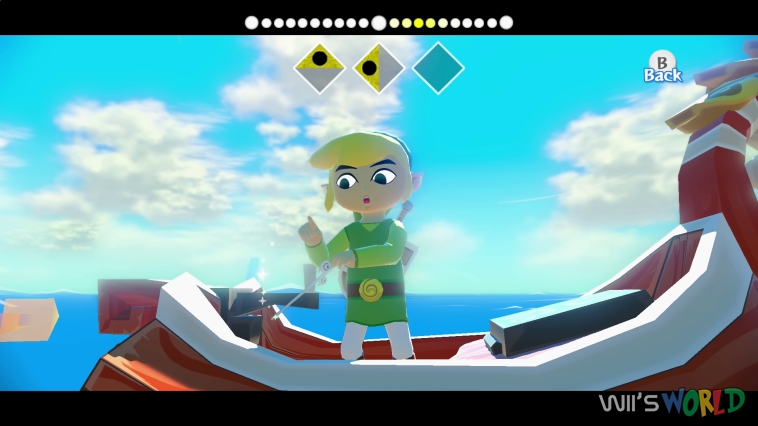 One of the most amazing things I discovered is that even though the original is over ten years old, it plays as if it were designed for the Wii U specifically. It's clear the most noticeable upgrade is in the graphics department, but that is just one of many tweaks to the game. First of all, the controls are excellent. The remake takes full advantage of the GamePad's touchscreen functions, allowing you to select and assign items to buttons on a whim without pausing. The boat's items - bombs, the grappling hook, and the wind waker baton, are all assigned to the left D-pad while on board. This means you don't even have to access your item menu to use these. In addition, the controls are "tighter" and more responsive than they were on the GameCube controller. I found myself falling off platforms much less and also had no trouble scaling ladders out of the water like I did on the original.

The changes don't end with the excellent controls. For one, you don't have to stop on a rope to change direction anymore. A second positive is that you use the GamePad's gyroscope controls for items like the boomerang and the grappling hook. Instead of using an analog stick to select targets, one only has to tilt the controller. This makes using these items an absolute breeze. I took out the first boss in under five minutes, simply because grappling is so easy now. Another great feature is that you can display the world map at any point when you are outdoors. This makes navigating the seas much easier. Speaking of navigation, if you were one of those who complained about sailing taking too long, then it is pretty much moot at this point, because a new item called "The Swift Sail" has been added. You can acquire this item early on in the game from the auction, and once you get it, you will be flying across the seas and to that next dungeon in a fraction of the time it would take you before. If you are an impatient one, this issue has been addressed all throughout the game - text loads extremely quickly and the loading times are very short. If you don't want to talk to someone just click the 'A' button a few times and you will be done.

On top of this lie even more changes, each of them feeling absolutely necessary. The fish that updates your chart no longer requires double-feeding to repeat the clues he gives you in exchange. Once you have fed the fish in a new "square" of the map, your map is updated permanently and you can point on the Wii U touch screen to hear his information for each square again. Let's not forget the arguably very boring Triforce quest has been overhauled. There's just a lot of attention to detail and you will have to try it yourself. I'm still noticing differences on my fourth day of playing, and I'm having a blast. 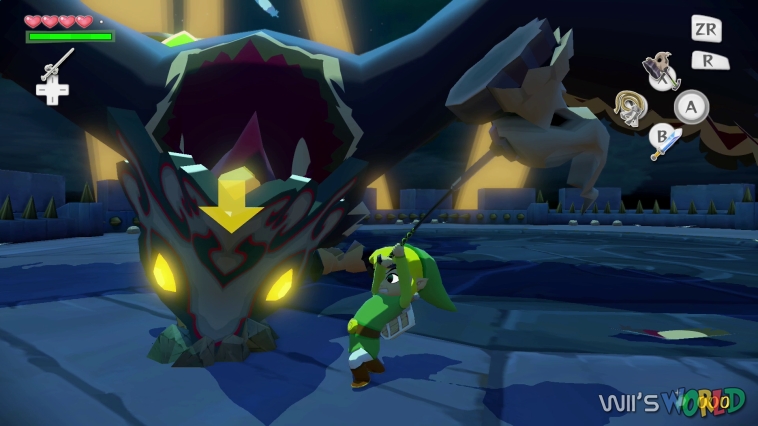 Another notable aspect of this game has to be the Miiverse integration. You can interact with others all over the world via collecting and sending message bottles at any time. The Wii U GamePad makes it so you can send and collect these on the fly at any time. If you're a socialite, then you will get addicted to this, and from my observations Zelda fans have a good sense of humor. If you prefer to keep to yourself, you can limit this function to friends only or turn it off altogether.

In conclusion, I must reiterate that this game feels as if it were originally designed for The Wii U. Let nothing bad be said about the underrated GameCube console, but I can say without any doubt that this is truly a superior version of the game. Everything bad, or less than perfect, about the original has been overhauled. Everything that already works has been improved. The game is visually stunning at all times, and navigating its vast overworld induces a gratifying sense of freedom and adventure. If you have played the original, and still own it, I would still recommend buying this game. If you haven't played the game and are on the fence about it, then I suggest you go to the nearest gaming store and get it right now. I know that many reviewers tend to give most Zelda games near-perfect scores, but this game truly shines and deserves the praise it is getting. Now is a very good time to be a Wii U owner and Zelda fan.

I for one hope they never add voice acting to Zelda. Just wouldn't be right. Definitely one of the best remakes ever though. The only complaint I have is that the new controls are messing with me since I'm so used to the Gamecube version.