Initially, Mix Superstar may seem like another of the music games trying to cash in on the success of Rock Band and Guitar Hero. However, Superstar cannot actually be considered a game, as there are no objectives, goals or obstacles, only the ability to create music mixes.

Mix Superstar could be considered the WiiWare equivalent of the numerous music creator studios or audio software that can be found online for PC. Potential music makers are given predetermined sound loops for many different instruments from drums to bass to synthesizer. Though there are currently only a limited selection of musical themes (techno, hip hop and rock), the loop store allows for additional sounds and effects to be purchased. 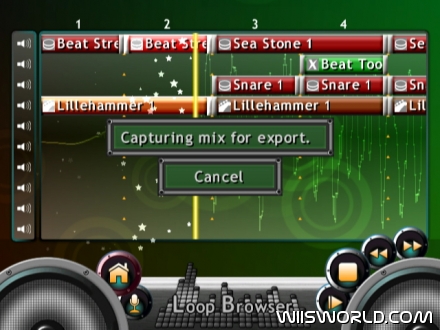 The 'game' is priced at only 500 Wii points, and like Heavy Fire: Special Operations, it feels very much like a budget title you'd pick up in a bargain bin. The overall experience is very low frills, with no background effects to jazz up the presentation while creating music, nor any sort of competition mode where other players can grade mixes.

The development interface is mostly quite good, with the Wii remote making mixing easy, acting similar to how a computer mouse would. The only issue mixers may encounter will be with loose sensor bars. Those who struggle to keep sensor bars where they lie will find the constant remote usage frustrating, though this is more of a system issue than a game one.

Despite the game boasting 'thousands' of clips to mix music with, the actual selection is small, with clips that last up to seven seconds at most. It can be fun playing around with the mixer for an hour or two, but the limited clip selection will likely tire players after a while. Additional sounds can be found in the loop store for purchase similar to those in the Rock Band and Guitar Hero digital stores, but one has to wonder if the game was designed intentionally so that music makers would spend more than the asking price. 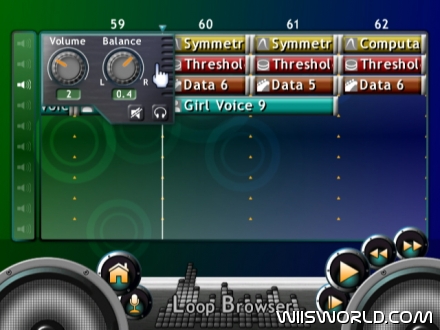 Surprisingly, the 'game' does allow mixers to use both the WiiSpeak accessory and a USB microphone, though it is likely that this only translates to vocals and not entire musical tracks. Also, players have the option of exchanging mixes with friends over the Internet. However, all of these options are available with much more musical variety in audio software applications for computers and have been for years.

If a person wishes to get into the world of mixing music electronically and is just starting out, they may want to give Mix Superstar a try. However, those who are serious about music and music creation are better off finding something on PC, or perhaps even just getting a musical instrument.