I'd prefer to play with barbed wire

It's that time of the year where loads of animal related games are popping out of nowhere and onto the eShop. It's a wonderful place where indie developers get the chance to show their stuff and make something that could potentially be a cult classic. These new games could have a mix of genres and styles of play, like a hybrid of a good looking game like Nintendogs with a bit of intensity like Brunch Panic (Heh). Following on from games like the dreadful Petz for the DS, it's time for the 3DS to have its batch of new wave pet games.

And here is one I am reviewing, Me & My Pets. The main story behind this is that you're a pet sitter. According to the long-winded description before you start your first task, you have won a small crappy house that you can make into a pet center. The game tries to say in a slightly forceful way that your character is excited about this. 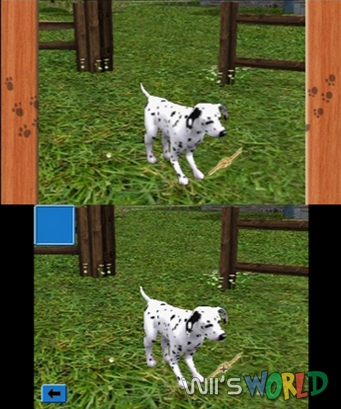 It's about as exciting as translating a fart into English. The one thing that really does my head in about the intro text is that it expects you to do all these tasks without any instructions or tutorials. I was running around for ages trying to find out what the hell I was doing. If you for some reason buy this game, just remember that you should go on the expansion at your home, get everything level 1 and then use the finish your day part near the stairs.

When you run out of the gates you're in the town center, but if you go straight forward you go back to your house. You have to move backwards in order to enter the town centre which makes no sense at all. And all there is in the first mission is a shop with food in, which you can actually get from home on the "Online Shop".

You have a food pouch and it's the most useless thing ever. Out of all the tonnes of food you buy you can't only fit 6 different types of food in your pouch. That means you have the tediousness of going in and out of your house every 10 seconds just to get a fresh batch of food. 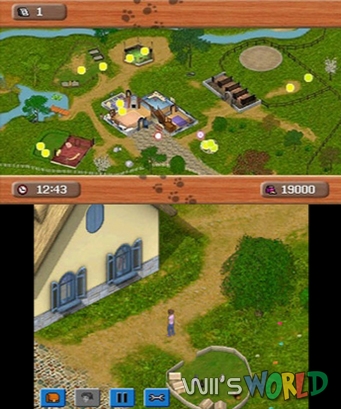 And even when you get to interact with the pets, the gameplay is incredibly dull. First off, when someone visits your pet care house, you don't even have to be in the house to interact with them. The most dumb conversations pop up even when you're busy, it'll be something like: "Hello, what can I do for you"? - "Well you see my Grandmother decided to stick her eyes in the toaster to see if there is any crumbs she can nibble on, she burnt her eyes so we can't take care of our rabbit. Have our rabbit!". And the facial expressions on the pictures look like they landed on the Mars in Total Recall.

However, you can take a photo of yourself to replace the eye popping sprite, even though the character you're playing as is female and this game is aimed at young girls, you still have that option. When you get around to playing with the pets, it is disappointing. The one cool thing I can say about this is that statistics bar of the pets health is a good idea, as that gives you an idea of how you're progressing with the pet.

It's a shame the gameplay is just rubbing the stylus on the screen while watching a rabbit move around with crappy animation. The graphics to this game are appalling. It looks incredibly lazy, and they are something only the Nintendo 64 could get away with. The background images seem to be jpegs whilst the gameplay is in the centre. 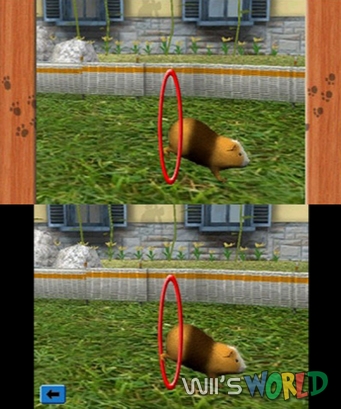 I suppose the one good thing is that the 3D is rather clear to see, but the gameplay is on the bottom screen, which confuses me. The music was alright when you listen to it at first, it's happy and lifts up the mood for a little while. Then, whilst the frustration builds up about the gameplay with the dodgy controls when you're feeding a rabbit, that music starts to grate on you.

It's the same thing on an endless loop, no matter where you go or what scene you're at, that tune is there to rip your ears apart. The voice acting is terrible and so are the sound effects. The lifespan of this game is dependent on your tolerance. It took ages to get into the swing of things, so that does add to the amount of time you spend on this game. It's repetitive, even if you have superior tolerance, so that run of what to do and how to do it will fade away as soon as you suss everything out.

Me & My Pets is an abomination. This game could have been so much better with more unique ideas to make it have an impact. It just seems like a lazy developed game to trick youngsters into getting it so they can play with animals and stuff. If I am absolutely honest, if I was a kid then I would quit this game and play something else.

With frustratingly awkward objectives, repetitive gameplay, horrendous character interaction and terrible graphics, I can not recommend this to anyone. There is nothing fun about this game, as much as I tried to enjoy myself I just wanted to play Monster Hunter 3 Ultimate instead. I stuck to it, and I wish I hadn't. When I played Creatures on PS1 when I was very young, I thought the exact same thing as I do about this: What a pile of crap.