The popular fantasy action franchise Monster Hunter is now one of the most iconic gaming series in the world selling over 21 million copies worldwide since the series began in 2004.

Players take on the role of a hunter and are sent to explore a settlement within the Monster Hunter universe, completing quests on their journey to seek and slay monsters whilst improving their skills and earning equipment upgrades. With many challenging monsters and over 200 quests the latest edition to the series is set to be the most expansive offering to date.

Monster Hunter 3 Ultimate utilises the functionalities of the Wii U console and Nintendo 3DS system to provide players with a truly intuitive hunting experience. The touch screen feature of both platforms allows players to quickly access in-game books, weapons, field maps and mini games whilst the high quality graphics of Wii U and 3D visuals of Nintendo 3DS powered by the latest iteration of Capcom's MT Framework deliver a unique and stunning world for players to explore. Taking advantage of the portability of Nintendo 3DS, players can exchange their guild card that contains all their hunter's information with other players via StreetPass.

Players can experience the world of Monster Hunter alone or in four player local play using Nintendo 3DS. Finding nearby hunters to adventure on quests with is now even easier via the local Nintendo 3DS search feature. Wii U players will be able to enjoy the hunt with Nintendo 3DS players via a local wireless connection. Gamers that own both a Wii U and Nintendo 3DS can take advantage of the inter compatibility of save data between the two consoles, taking the hunt from the living room wherever they go.

The Wii U has had its fair share of games from older platforms re-made for the unique experience this console offers. We have seen the impressive Batman: Arkham City on Wii U, and even Mass Effect popped up for some strange reason. The console has a cult following that has been...read full review 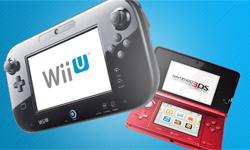 Talking with Nintendo: Miyamoto and Takahashi
Despite all of the amazing announcements at E3, apparently Nintendo still has plenty up their sleeves when it comes to future projects.... 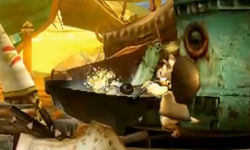 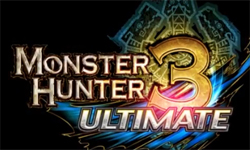 Monster Hunter 3 Ultimate trailer from NYCC
The annual New York Comic Con has kicked off, so we're sure to see some interesting new developments over the next few days. For Monster...