Wii U will be sold at a loss 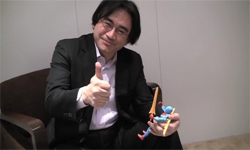 It's not printing money yet

President Satoru Iwata spoke at Nintendo's quarterly financial briefing today, and he stated the Wii U console would be sold at a loss for its launch next month.

"In addition to the yen's continuous appreciation, the Wii U hardware will have a negative impact on Nintendo's profits early after the launch because rather than determining a price based on its manufacturing cost, we selected one that consumers would consider to be reasonable."

"In this first half of the term before the launch of the Wii U, we were not able to make a profit on software for the system while we had to book a loss on the hardware, which is currently in production and will be sold below cost. Our loss has therefore widened during the second quarter in spite of bringing the Nintendo 3DS hardware back to profitability."

"Although we expect our financial performance to be revitalized, under these circumstances, unfortunately we cannot say that we will achieve "Nintendo-like" profits within this fiscal year."

The projections aren't all doom and gloom. Nintendo aims to sell 5.5 million Wii U consoles by the end of its launch window on March 31st and return to high profitability by the end of 2013.

That's pretty sensible of Nintendo. I think the Wii U is already priced at the higher end of what people are willing to pay.

You have to spend money to make money.

I preordered my Wii U yesterday, hope I don't regret getting the basic white one. 8Gb should be plenty though, right?

It'll be fine @WUMPER, you just might have to move things onto SD card more often.