Published by 2K, Developed by Konami

A Japanese take on an American pastime.

The Power Pros series has finally made its way onto American shores. Praised in Japan for its brilliant combination of fun gameplay and insane stat-tracking, the game has been given an MLB face-lift by 2K sports. There's so much depth to Power Pros that it's tough to hit everything that makes the game so enjoyable in one review. It's easily one of the deepest titles available for Nintendo's shiny white box.

The gameplay in Power Pros is surprisingly simple, but all the more addictive because of it. Pitching is handled by picking a pitch, pressing A, and moving the throwing cursor wherever you desire. Ball movement and speed is pre-determined by the pitcher attributes. Hitting is done in a similar manner, as the player must move a bat cursor around the strike zone while attempting to hit the ball in the middle of the "sweet spot" of the bat. 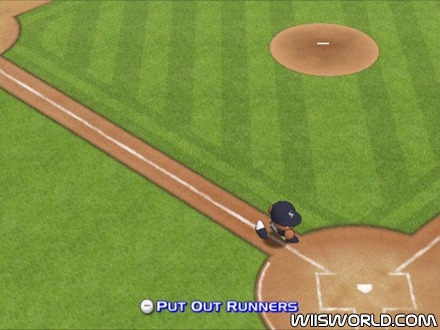 Fielding and base-running are also kept trouble-free, although first-time players may want to allow the computer to take charge here, as committing countless errors and making poor base path decisions is all part of the learning-curve.

You may have noticed that I haven't mentioned any motion control yet, and that's because there is none in most game modes. Motion control is relegated to the Wii Remote mode, and the rest of the game is played with either remote/nunchuck, classic controller, or Gamecube pad. On the bright side, all three choices work well (this reviewer prefers the Gamecube controller), and the ability to transition from one form to another within menus is seamless.

There is also an unbelievable stat-tracking system for the game. Every single pitch, hit, and fielding situation is logged for view later. If you're a stat junkie, then you may overdose with excitement here, as the game breaks down every single bit of information about your gameplay. It's a nice touch when you consider the game seems to be marketed as a simple take on baseball. 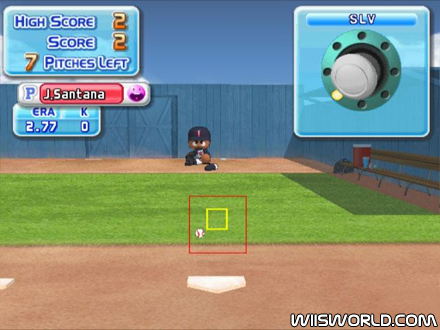 The number of playable modes is astounding, and if you take advantage of all of them, you're looking at hundreds of hours of gameplay (seriously). There's your standard Matchup mode, along with a fantastic Practice mode that lets you get the hang of gameplay through focused pitching, hitting, fielding and base-running sessions. You can also play League mode for a league of up to 6 teams in your own mini-season. The most interesting mode in Power Pros though, is Success mode, where you must guide your created character from college to the major leagues. Baseball isn't the only focus of this mode, as you must balance your training with academic studies and even a girlfriend. This is all done in a pseudo-RPG format. Think of trading in your sword and shield for a bat and glove, and you get the idea. There's character progression, story elements, and the ability to make choices that affect your character long-term.

Season mode, which is the Power Pros version of a Franchise mode, is handled in a similar manner, as you take the role of GM and must appease your finicky team both on and off the field in order to make it to the World Series. You can take part in a Home Run Challenge mode, go for Arrange mode to create your own dream team, and even purchase baseball cards and batting/pitching stances for your created players at the Shop.

The Wii Remote mode I mentioned before plays like a deeper Wii Sports baseball. Pitching and hitting is simplified from the main game (since you can't place a cursor in the strike zone), but you can still control base runners and fielders. There's no 1:1 motion, but this mode is preferred to Wii Sports baseball for its deeper gameplay and use of Major League teams (there's also Mii integration as well, if you're so inclined). 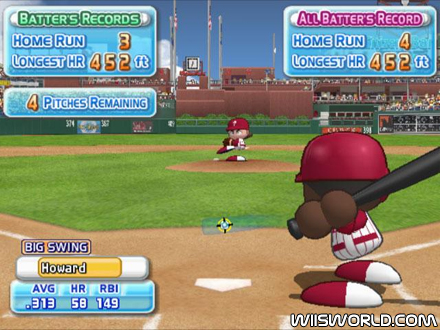 The graphics of this game are simple on purpose. The game uses chibi-character versions of major league all-stars, and the effect is entertaining. Power Pros nails the batting stances and pitching motions for every big-name player down to a T, so there's never any mistake of who's who. Each stadium is masterfully recreated, and all the little things are touched upon as well (The Big Apple coming up for home runs at Mets stadium, for example). The resolution and crowd animations however, are poor, and graphic-wise the game is still a port of the PS2 version.

Sound is also a mixed-bag. The stadium sounds are brilliant, as is the music played when navigating menus. The commentary though, leaves a lot to be desired, as Jack Merluzzi's voice often sounds chopped, and he often comes at you with inexplicable tonal changes.

If there are any gripes to be made about Power Pros, it would be for motion control and online play. There's no online play, period, and the motion control that is available is limited to the Wii Remote mode. These problems don't hold the game back from being great, but they are noteworthy. The Single and Multi-Player modes available are excellent, and the main control scheme is able to be simple and complex at the same time (and instantly recognizable too, as those who played RBI Baseball for the NES will experience deja vu). 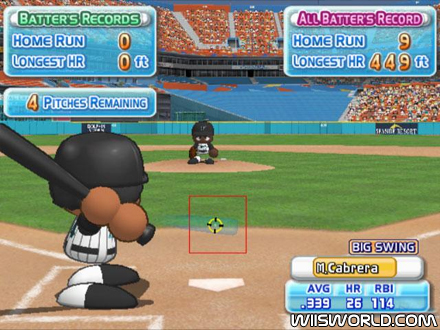 MLB Power Pros is the best game of baseball for Nintendo Wii. There's so much to do, so many little things to admire, you'll find yourself befuddled as to why this game didn't make it to the United States sooner. The main drawbacks are really forgivable when you take into account the scope of everything done right. This is how games for Nintendo Wii should be focused; to truly please both hardcore and casual fans alike. Combine all this with a $40 price tag, and there's hardly any reason not to get this one. In summary:

Superb. Options can be tweaked for beginners and vets alike. Games are fast-paced and fun. Limited Wii remote integration and totally absent online play hurt the score, but barely. Next year, I will be less forgiving. 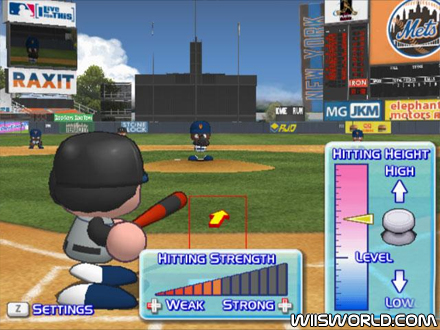 With 10 gameplay modes and hundreds of hours of gameplay, this is one of the deepest Wii efforts yet. There's so much to do and see, it's hard to keep track of it all. 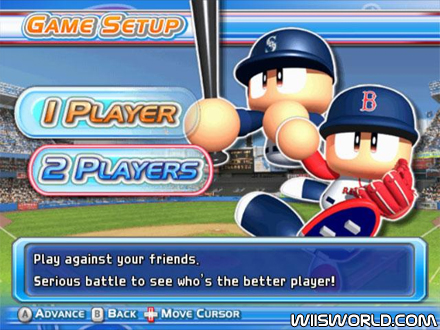 The chibi characters will turn off some, most people will really enjoy them. Bland textures and poor crowd animations kind of suck. Score is helped by spot-on batting stances, pitching motions, and stadium recreations.

Crowd and ballpark noises are great, as is the music. However, choppy and inconsistent commentary gets quite annoying after a while.

Nice review. And by the way, am I in this game.

Wow you make me want to get this game.

Dmitri Young, what team were you on? I forgot. And also, are you related to Delmon Young?

I was on the Washinton Nationals. And yes, Delmon Young is my little brother.

I bought this game, and it's great. The physics are great, and even the Success mode is fun. But the simulation is awesome, and putting it on expert modes makes it difficult.

I read this review, went to another site and read a review, then bought it. It's a great game, I highly recommend it. Thanks for posting the review because I probably would've missed out had you not.

That was a pretty awesome game.

I went to Japan and their love for baseball matches if not exceeds the love for baseball in the United States. So I don't think that the Japanese are necessarily unexperienced in this category (I'm talking about the title of the review).