Published by Capcom, Developed by Clover

Another chance to experience a gem!

It's not very often that people are given second chances. The first iteration of Okami, no matter how well-received by the media and critics, just didn't sell well enough on PS2 to warrant a sequel. When Clover (Okami's original developer and legendary Capcom studio) was closed, most die-hard fans lost hope.

Though not a sequel, the Wii version of Okami gives gamers a chance to right a wrong. Here we are given another opportunity to play a fantastic game that many missed out on. This game is even more impressive than it was on the PS2, and the motion controls just make the experience more immersive than ever before. 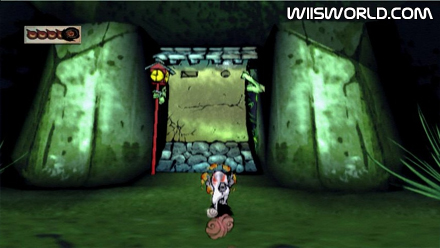 The music in Okami is a traditional Japanese soundtrack. Though not entirely orchestral, it never fails to impress. The music is catchy and before long you'll be humming along. It never detracts from the gameplay itself, but reaches that sweet spot that all developers strive for: it complements the game in every sense of the word. It builds emotion during cinematics, and helps to give every location in the game a distinct feel.

I have played through Okami on the PS2 twice and now on the Wii, I've never found a hiccup in the music. However, some may notice that there is a lack of voice-overs, but I enjoy the silence of Ameterasu. This gives the game a distinct Zelda vibe. The sound on this game is simply top-notch, as there are no problems to speak of. 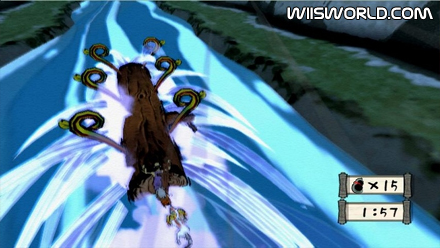 If you know anything about Okami at all, you'll notice the absolutely gorgeous Japanese watercolor art style. In the vein of The Legend of Zelda: The WindWaker (which was controversial), the artistic exaggeration of the characters and environments makes this game feel much more emotionally expressive.

Players of the original version may notice that the graphics seem cleaner. Maybe due to a failure in recreating Clover's coding, the "parchment" look of the game is missing. This may be upsetting to some, but I personally find this cleaner look much more attractive. 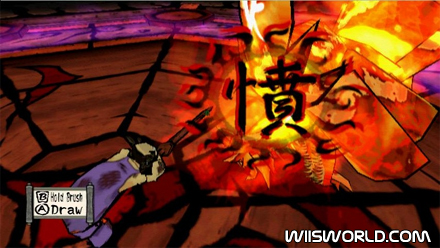 These are without a doubt some of the best graphics available on Wii, which is disheartening in one respect, as it looks almost identical to the PS2 game (albeit without the parchment). Needless to say, the graphics are beautiful and breathtaking.

This game has a quasi-free-roam setup. You're free to explore at your will. You'll find side-quests and just distractions to keep you busy. There's so much to do that you'll never get bored. 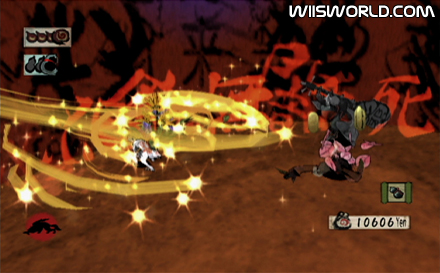 Undoubtedly though, what you're wondering about is the Wiimote capabilities of the Celestial Brush. The first thing you'll notice is that painting with the brush feels faster than ever before. However, the game seems to misinterpret your strokes more often than in the PS2 game. But this happens very rarely and is ignorable, as it's very easy to whip up another marking. So all in all, the brush in my opinion works better than ever.

Conversely, the motion controlled dodging suffers on the Nunchuk. It feels natural, but it doesn't seem responsive. Many players don't use the dodges, so this problem won't necessarily be experienced by most. Overall the controls work great, with few hiccups. 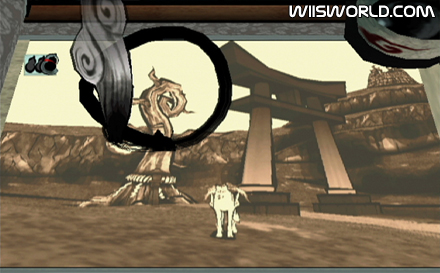 This game is 40+ hours in length, so you'll find yourself busy for a long while. There's so much to do that you can easily get lost each time you play.

Although some may prefer the PS2 outing, I find that the motion controls add a layer of immersion that simply cannot be experienced on that system. The painting feels natural and right. Okami, along with titles like Resident Evil 4, show that traditional games can be done on the Wii, and can in fact be improved upon.

This is beauty on a disc. If you missed out on Okami before, it would be a sin for you to miss out again. It's that good. (actually, I don't think any divine punishments await if you don't play it) But games like this come along once in a lifetime.

Overall good review, but I think you overestimated the game's graphics and sound. Yes, it looks amazing, but it's not next-gen quality.

Also a good review but the controls deserved a little more complaint.

This was on the list of IGN's best games you never bought (if there was such a list).

Well yeah BrothaZ, it's a port from the PS2 version. And the words "Next-Gen" is dumb. Megaman 9 isn't next-gen. So it sucks? Can't we all just have fun with games and not pick out every tiny thing.

Reviews exist to pick out every little thing. But Okami's graphics aren't a matter of processing power. The controls were much much worse on Wii than PS2 (aside from the painting).

I just played through this game for the Wii. I'd have to say this review is right on the mark. The graphics are perfectly done for what the theme of the game and the control is spot on (MrFriend must be daffy). Everyone needs to play this game. It really contends with Twilight Princess as the pinnacle Wii rpg.

I have been playing this game for about 3 weeks now and I absolutely love it. If you have a Wii, this is a must buy. If you like Legend of Zelda, do yourself a favor and pick up a copy. I'm amazed by it and love playing as Amaterasu. Aka Ammy. And Issun could definitely win a new favorite character contest.

I have played this game three times on the PS2 and it is amazing. I don't understand why it isn't selling, everyone that has ever played Okami loved it.