Published by DreamCatcher, Developed by Keen

Care for an adventure?

Secret Files: Tunguska is an adventure game of the point-and-click style made popular in the 90s by classics like Day of the Tentacle, Sam & Max and the Monkey Island series.

The game's storyline is fictional, but based around a real life event. In 1908 there was a gargantuan explosion in the Tunguska region of Siberia. To this day, the phenomenon is unexplained. You take control of Nina Kalenkov, the daughter of a scientist who was involved in Tunguska-related research. When her dad gets kidnapped, Nina is determined to get him back at all costs. 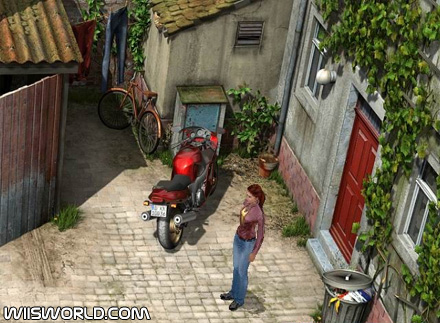 Nina is a Russian girl living in Germany, with a thoroughly American accent. The first thing that hits you is the voice acting, it's an uneven ride for the whole adventure. Nina's chirpy tones may seem out of place, but admittedly I grew to like them after a while. Dialog from other characters ranges from adequate to terrible, many lines are read lethargically or wrongly. Music barely gets a look in, limited to cut-scenes and instances where it would actually be heard in-game, for example when there's a record player nearby. Sound effects are put to good use for environmental background noises, birds cheep, rain drips, leaves.. do their thing.

The controls are simple and effective. Everything can be done via the Wiimote alone, although you can connect the Nunchuk and walk using the thumbstick if you choose to. The menu interfaces and inventory are a breeze to use, just requiring pointing motions and pressing A. The save system is also well implemented, you can save the game at any time you feel like.

Although the story is a sinister one with deaths, conspiracy theories and all sorts, humor is used to lift the mood. Nina comes out with several references to pop culture along the way, including the seminal "I love it when a plan comes together!". The ending sequence features a "where are they now" segment which catches up with most of the minor characters, also quite funny. 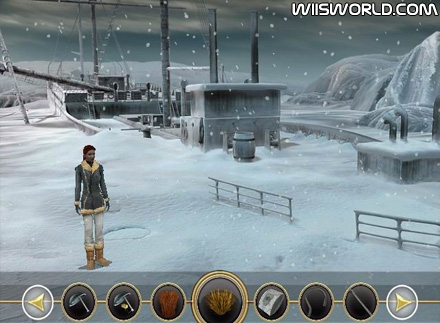 Now I'm no super genius (or are I..?), but I picked up on a number of spelling mistakes and grammatical errors in the text, not to mention inconsistent pronunciations by the voice actors. Secret Files: Tunguska was originally a German game, it seems the translation process could have gone better. That said, these small slip ups aren't frequent enough to really bring the game down.

Graphically Secret Files: Tunguska is quite polished. The pre-rendered locations are particularly well made, most of them have an engaging cozy atmosphere. Character animations appear to have been done via motion capture and are also decent.

Gameplay is very linear for the most part, you'll be confined in an area until you've completed the tasks required to move on. There are a few sections where you play as Max Gruber, Nina's friend/admirer. This is used to good effect with some cleverly designed puzzles where you can switch between Nina and Max at will. 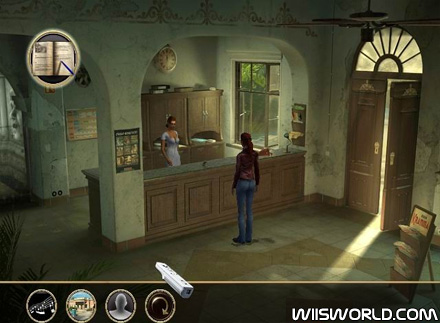 The length of the game largely depends on your ability to solve the puzzles. While the majority of them make sense, at least in a roundabout way, they still aren't easy. At some stages you'll have ten or more objects in your inventory, there are times where gameplay descends into a case of trying to use each object with the others, hoping to find a successful combination. Nina keeps a journal which you can turn to for clues, but it will only help you out with certain puzzles. As a ballpark figure, you can probably expect around 15 hours of gameplay.

There aren't many, if any, adventure games on Wii with solid puzzles and a serious, well planned storyline. If that's what you're into then Secret Files: Tunguska is a thumbs up, particularly now that it can be picked up so cheaply.