Published by Nintendo, Developed by FreeStyle

The music/rhythm genre has had its ups and downs in the gaming world. Guitar Hero exploded onto the scene a few years ago and led the musical revolution. Unfortunately this craze did not last forever as the entire genre seemed to run dry in the past two years or so. With SiNG PARTY, developer Freestyle is looking to inject a dose of something new. Does it hold a steady note or fall flat?

SiNG PARTY is your typical karaoke singing party game with a few nice touches that only the Wii U can provide. There are a few game modes including party and solo. In party mode one player takes control of the microphone and the Wii U GamePad, which shows the lyrics on its screen just like a karaoke machine and tells you when to sing and when to let the crowd take over. This is a really neat idea and doesn't include any scoring so it feels just like a personal karaoke machine. Single player mode is where SiNG PARTY becomes more like what we would recognize as a game. In this mode the player sings whichever song they select and tries to match the notes to those on the screen. Anyone who has played Rock Band or the latest iterations of Guitar Hero will instantly be familiar here. There are no surprises and you cannot lose - the singing continues until the end of the track no matter how poorly you perform. The game is also pretty forgiving, providing little challenge. All of this feels fine, but there really is nothing special here. 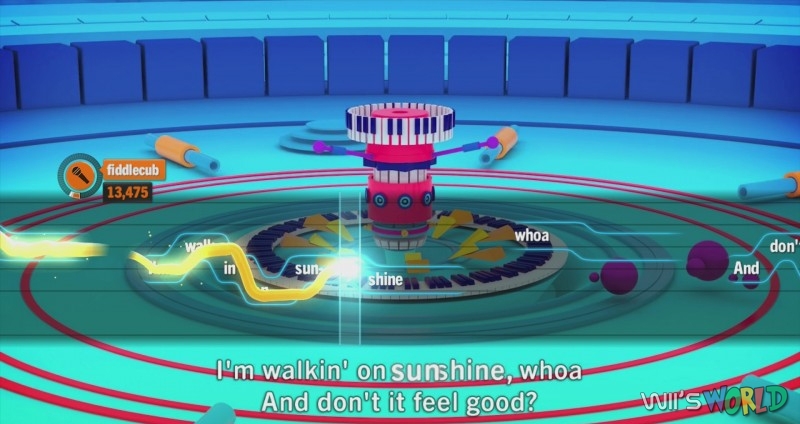 SiNG PARTY's presentation is pretty average compared to other music games. The graphics are actually pretty impressive, with a nice, clean look and sharp colors. Single player mode is quite bland, though, with just a bar for singing and boring backgrounds. Fortunately party mode fares much better, considering that this is the real draw of the game. One player controls the GamePad and the others sing the many major chorus lines of a given song. The GamePad display is bare, only showing words that you need to sing, but it is at least sharp and looks nice.

The rest of the party watches the television screen, where a character dances along to the music. This character also lip syncs familiar chorus lines. Prompts appear on screen telling party members to do particular actions, such as wave arms or hold hands to their hearts. All of this is engaging, but I don't know many people who are willing to make fools of themselves quite like that. Advertisements for music games usually show people gathered around laughing and singing (all with pop star-like vocals I might add). I almost guarantee that I will never have an experience like that. If you can, then this game is doing its job.

The soundtrack here is by far the weakest aspect of SiNG PARTY, with a mix of pop, soft rock and odd choices such as James Brown, Queen and The Darkness. I was underwhelmed with the selection as many of the songs such as Call Me Maybe, Party Rock and I'm Yours have been either played out or are just not fun to sing. With a group however, if you can get a large enough one, those songs become a chaotic and hilarious. 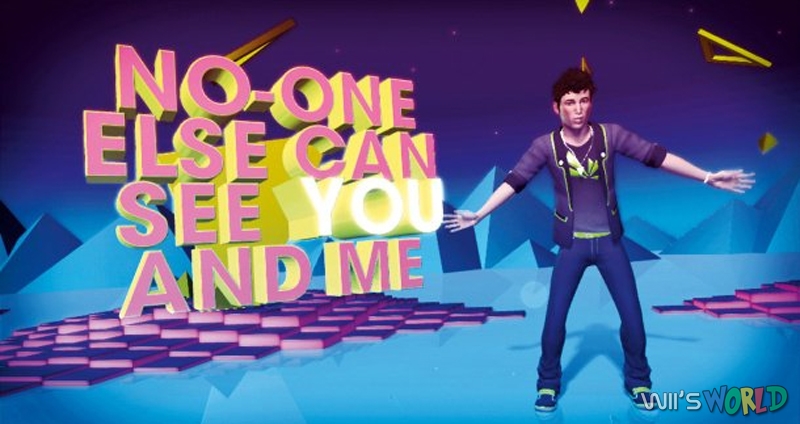 The Wii U GamePad is definitely used well here, if not sparingly. Being able to mix up your music on the fly in single player is a great touch. You can adjust vocals, music and sound effects on the GamePad, but only in single player mode which seems like an odd choice. There is also an option that lets you play a two beat drum pedal via the GamePad's touch screen. This is a nice little diversion especially during some of the more lengthy guitar and instrumental solos. The display of music and the layout of the options are clean and work really well.

SiNG PARTY is obviously not for everyone. Only those with an affinity for making a fool out of themselves or those with some really mean pipes will get the most joy out of this game. The single player is a decent, but lonely experience and the lack of songs to unlock makes the game pointless to keep playing without friends. Overall, this is a decent music game with a few missteps, but with the right crowd it can be a mildly enjoyable experience.