Wario and his Diamond City friends are back in action. Game & Wario features a collection of games that use only the Wii U GamePad controller. The games retain the original flair and character of the micro-games from the WarioWare series.

Game & Wario has no review on Wii's World. Write a review

2014 Elite Status Gifts Have Been Announced!
After diligently collecting and redeeming our Club Nintendo coin for months, the moment has arrived where Gold Status and Platinum Status... 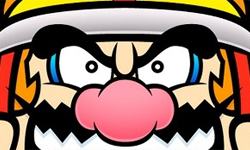 DanHanDan: When I first heard of Game & Wario, I was pumped. A new WarioWare game! WarioWare: Smooth Moves was one of... read more