It comes to that time of the year where publishers hunt down developers and try to make half-arsed versions of successful games. Sometimes copying each others' ideas in the gaming industry can lead to a decent outcome, like the Guitar Hero and Rock Band thing for example.

This time it is Wii Sports once again being copied, now by Ubisoft's ESPN Sports Connection on the Wii U. 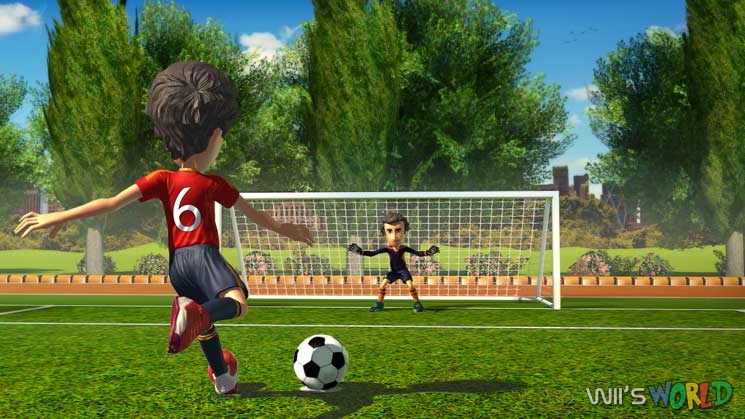 Essentially, ESPN Sports Connection is a small collection of sports which are playable between 5 people. These sports are American football, football (well, soccer), baseball, go-karting, tennis and golf.

Some of these were covered by Wii Sports and were excellent uses of the Wii controls back when you got it free with the console. To begin playing any of these sports, there is a stupid calibration system which for me never worked, and even if you press quit it makes no difference and the remotes work absolutely fine, even without the MotionPlus. So note to you guys: If the calibration system doesn't work most of the time, just quit it and avoid the retry button.

Let's start with the sport that in the country where I am based is highly honoured, soccer. 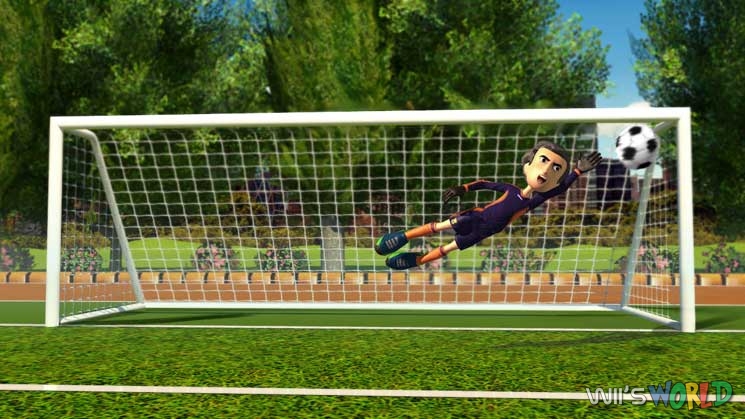 Just to clarify, if you have the GamePad for this and the go-karting you will instantly win, as you have full advantage of the controls being easy access. The first thing you might imagine is the FIFA series of games, but the controls here are nothing like that. You go straight into a match, and already frustration smacks you in the face like a sledgehammer. The controls are absolutely horrendous, the pass and shoot button is exactly the same.

It sounds like it's meant to be simple, but it's just absolutely crap. The players run like doped up camels, and when you try to pass, you shoot, and when you try to shoot... you pass! The glitches in the game as well are annoying, there was one point where my goalkeeper was going to take a kick and it some how rolled into his own net. The movements are dire, you will be in a situation where there's a mosh pit of bodies in the middle of the pitch because the ball mechanics are dreadful.

American Football eases away from the annoyance, however it still remains slightly. It's a simple game of choosing tactics, getting the ball and throwing it to another player to get away. The defense system uses the Wii U pad. The idea is a very good one, but the implementation is sorely lacking. Drawing lines to find the other players on the run just ends up in disaster as it's poorly timed, when you re-draw the line the player stops mid-run. Being on the offensive gives you the chance to move and throw the ball to players moving in the tactical direction, which considering the controls are all over the place it feels amazing when you actually complete a pass. 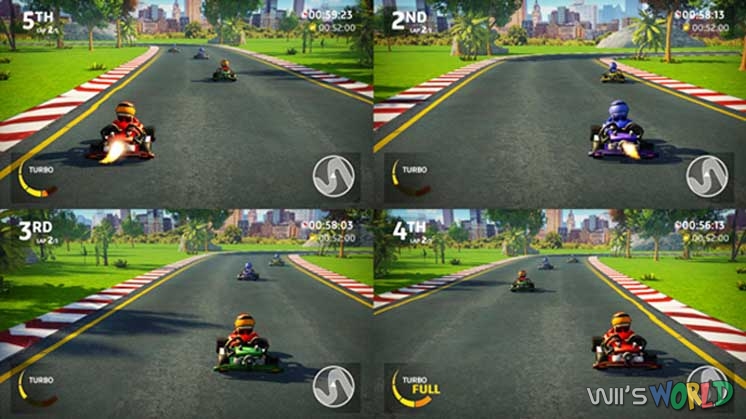 Tennis comes up and it is just Wii Sports, but your players are cemented. The controls are easy, just swing it, as Warrant would say. The hit of the ball is infuriating, if you swing it hard for a fast shot it will end up as some pathetic lob up in the air, hit it soft and you will smack it into the net.

Baseball is also annoying, it can take ages to get the right stance, but eventually it will work. Similar to American football, the defense involves drawing lines in order to try and catch out the hitter, both sides of controlling your team are a let down. Swinging is just an aggravating bore, and the pitching controls are easy.

Go-karting is, in my opinion, the most tolerable and fun out of the sports. The controls are awkward at first, but you have different options on how you maneuver your kart, you can use motion sensing or press buttons on the controllers. 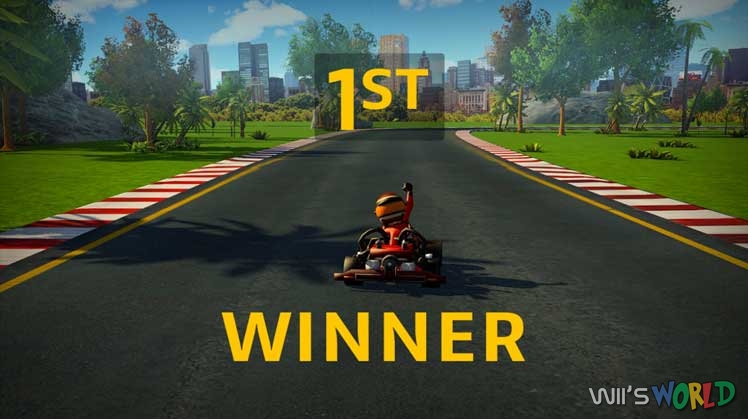 The tracks are very boring, nothing but turns that vary in sharpness and wet puddles which slow your kart down. There is a speed boost, but it's limited and when you press it you smash uncontrollably into every wall in sight.

Golf suffers similar controls to Baseball, but it is more tolerable. The are two modes which you can play, it's either playing Golf or you can be a caddie! The caddie section is pointless, it's just zipping around a golf course and plotting shots to where you want the player to hit, even though the person playing golf can do it anyway.

Overall the sports are full of cute yet badly executed visuals that seem like they're lagging through every scene. The loading screens take so long that my beard has grown to my knees, I now look like a member of ZZ Top. The controls are horrendous, and this game is only tolerable when you are with other people sharing your frustration.

ESPN Sports Connection is a really crap version of Wii Sports, nothing but an excuse to bring in a few bucks for those who are still entertained by their Wii Sports experience. Sports fan will hate this, these games are set out as mini-games, but with the max length they drag on for ages and the frustration of the gameplay doesn't justify the price, or even owning the game at all. Stick to Wii Sports, that's the motto of this review.

I agree 100% with this review! I got bored from this game in less than 10 minutes! I thought soccer was crappy, so in result, I wouldn't spend more than $20 let alone over $15 for this game