When it comes to lighthearted racers, the Mario Kart series has been our champion for over twenty years now. Pretenders to the throne have come and gone (anybody remember Wacky Wheels by the way? Good times). The latest would-be usurper is Sonic & All-Stars Racing Transformed, a multi-platform game from Sega. You might ask yourself why the world's fastest land mammal needs a car - to make Sega money that's why. This review focuses on the Wii U version.

Right from the off it's clear that Racing Transformed is a very polished game. The introduction sequence and brightly colored menu systems boast undeniably high production values. The voice heard as you zip through the menu screens sounds like the guy from Super Monkey Ball. His enthusiastic tones could be described as over the top cheese, but I had no problem with it. 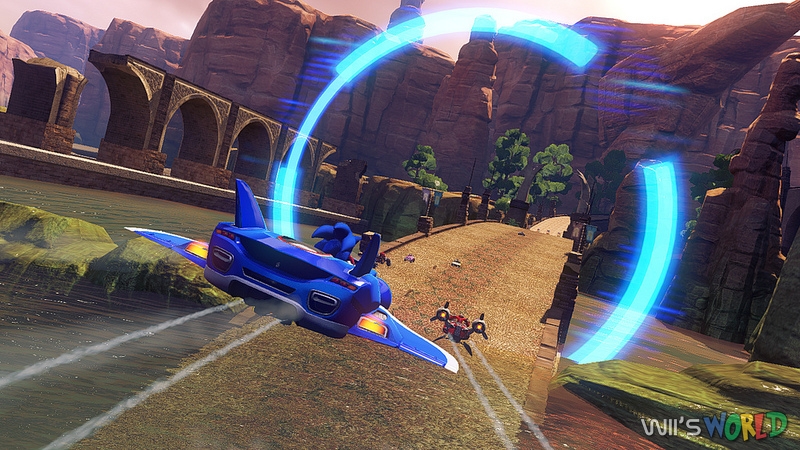 Racing Transformed's roster offers you a selection of eleven characters to choose from, with a further fourteen to be unlocked. Unlike Mario Kart which only has racers from the Super Mario universe, Sega has raided their back catalog and bolstered the ranks with an impressive array of personnel. These range from the usual suspects of the Sonic franchise, to more obscure Jet Set Radio characters Beat and Gum, to old-school favorites like Alex Kidd. Then there are the strange additions of Wreck-it Ralph, Danica Patrick (known for NASCAR racing and promoting GoDaddy) and a DreamCast VMU - it's safe to say the game doesn't take itself too seriously and wants to go all-out in making fans happy. There's also the ability to race as your Mii, provided you unlock him/her first. Further characters may be added in future via downloadable content.

Visually, this game is a treat - most of the environments are brightly colored and all have a high level of detail. The town course inspired by Samba De Amigo is alive with pulsating buildings and cheering crowds. Racing a boat through rivers of molten lava underneath Death Adder's Lair is another highlight, one of many. The designers have struck an excellent balance as tracks manage to have an epic feel, without being too long during actual gameplay.

The "Transformed" in the title is not just a buzzword and offers a clue into how vehicles behave. Racing on land is not the only focus here, as each kart is capable of turning into a boat and a plane - there's even a little Tranformers mechanical sound effect while it happens. You can't do this at will, for obvious reasons, but vehicles morph at specific checkpoints on each track. This transforming feature injects a great deal of variety into the gameplay, and natural events on the courses (e.g. floods) mean that the second lap of a race won't necessarily be the same as the first. This game is like Diddy Kong Racing on steroids. Strong steroids. 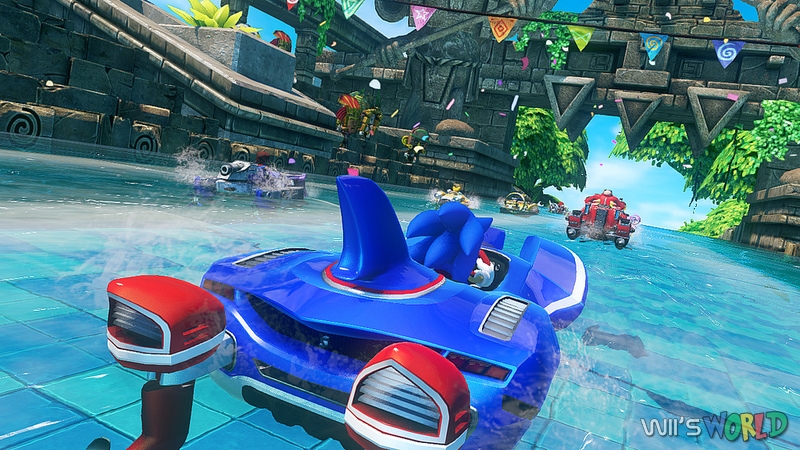 As with all good racing titles, Racing Transformed's play mechanics have some depth and there are a number of tricks to learn so your racer enjoys a steady stream of speed boosts. Drifting around corners is important, as is performing stunts while in the air. More advanced techniques like 'risk rewards' also come into play, where driving dangerously is beneficial if you get away with it. These and other nuances make for a learning curve and prevent the game from being a shallow experience. I should also mention item pickups. Items are a staple in kart games and Sega has included several, from basic attacks and traps to the daddy of them all - the 'all-star' (think Mario sprinting through a level after collecting a star, it's the same effect here, but in a vehicle). These power-ups definitely add to the fun, but also add a significant element of luck to the races which may irk more serious gamers.

The meat of the single player game lies in Career Mode. Under this section you can embark on an extensive world tour, which involves standard races and completing challenges of different styles. These challenges include things like drift races, ring races (flying through rings, not collecting them for once), battle races, traffic races, and other types. They're well done, with the exception of tank assault - an event where you chase down and destroy a tank - which is quite repetitive and soon gets tiresome. The other section of Career Mode is Grand Prix, which is a series of small tournaments where you race for points on the board (like the cups in Mario Kart games). An 'achievements' style system is in place too, in the form of a sticker book. Stickers are awarded for achieving milestones in the game or performing special feats during races. All in all, there's a lot here for single players to do on their own.

That said, many people buy these kinds of games for the multi-player action - those people will not be disappointed as it's fully featured. Up to five players can race locally. Player one uses the GamePad screen, player two on the TV. Any additional players are accommodated by splitting the TV into window panes. Technically a Wii remote is all that's needed for secondary players, although using a Wii remote on its own requires motion controls to be used. This might be adequate given enough practice, but thumbsticks are more precise so a Wii U Pro Controller comes recommended if you want to get your friend in on the action. It's worth noting the old Wii Classic Controller will work, although the limited configuration options mean you have to use the small ZL and RL buttons on the back which is a little awkward. Internet-savvy gamers can also go racing online - I'm pleased to say the races I've taken part in so far have been free of lag. 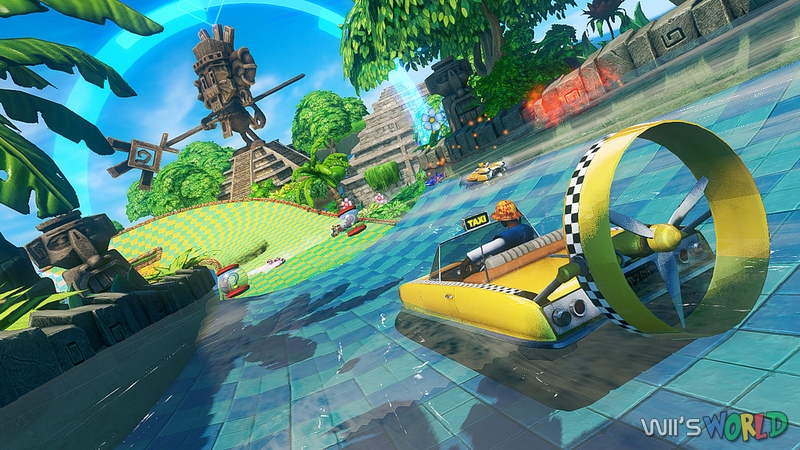 As well as support for an extra player in local races, the Wii U has two party games specific to its version (can't have Wii without party games, right?). These are called Banana Heist and Ninja tag and basically involve chasing or fleeing from other racers. Another Wii U feature is the ability to use the GamePad screen independently of the TV, for those lengthy bathroom breaks or when someone else is watching a movie. When racing with a traditional setup, the GamePad screen displays a map and radar showing other racers' positions. A neat idea, but often races are so frantic you won't get a chance to look at it.

Sega has packed a lot into Sonic & All-Stars Racing Transformed and it's a very enjoyable experience. As a launch title with a lower price tag than most, it's an easy recommendation for anyone with even a passing interest in fun racing games. Mario should be looking anxiously in his wing mirrors, his next kart-based game on Wii U has a lot to live up to.

can we use numchucks for this game?

@RayJ Yes you can. Nunchuks will act as you'd expect, thumbstick for steering etc.

Great review! Sonic Racing Transformed is my favorite Wii U game so far.