Yes, it is better than the original.

For the first time in several console generations, two 'main' Mario games have appeared on the system. With Super Mario Galaxy 2 coming out relatively quickly for a Mario title, some have expressed concern that the game's quality would be lower than that of the original Galaxy. Thankfully, that isn't the case and Super Mario Galaxy 2 is better than the original in nearly every way.

Overall, the gameplay is not significantly different from the first Galaxy. While the 'story' is an alternate version of the original Galaxy, the basics are the same. Mario needs to save Peach from Bowser and his son Bowser Jr. and in order to stop Bowser from ruling the universe, Mario needs to collect power stars, usually gained by making it to the end of a particular stage or area. All the jump moves from previous 3D Mario titles return, including the spin move from the first Galaxy. Mario still traverses planetoids, enemies and obstacles, there are hidden and difficult stars gained through 'comet' challenges, and temporary power-ups still play an important role. However, as they say, the devil is in the details. 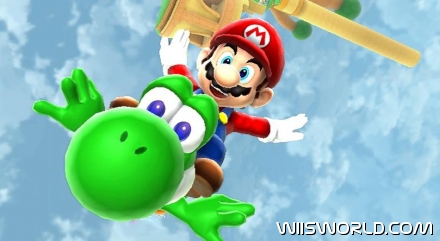 First off, Galaxy 2's level variety is far greater than that of the original with nearly fifty different levels. While these do include such platforming staples as the ice, fire and plains worlds, eventually the levels include outright tributes to earlier Mario titles and inventive new variations on 2D Mario. The starship overworld from the first title has been completely removed, and in place is a more streamlined system similar to both the earlier and later 2D Mario titles; however, the player still has the option of exploring Starship Mario if they so desire even if there's little purpose for it.

Also included in Galaxy 2 are new powerups, items and friends. Bee Mario, Spring Mario and Boo Mario from the first Galaxy have 'cameos' in Galaxy 2, though they barely appear. Taking center stage are the new Rock Mushroom, Cloud Flower and Drill, as well as the classic Fire Flower. Rock Mario is a fun diversion; controlling much like the Goron in Zelda: Major's Mask he can roll to gain momentum and knock down structures and enemies. Rock Mario doesn't appear in many levels though. In contrast, the Drill and Cloud Flower have entire stages built around their use. The Drill not only allows Mario to go from the bottom of a stage to the top, but also to higher platforms and eventually sideways and backwards depending on level gravity settings. Cloud Mario allows Mario to both jump higher and longer than usual, but also allows Mario to create three temporary cloud platforms sequentially. Though it sounds simple, most will find this to be their favorite power-up in the game.

Also included in Galaxy 2 is Yoshi. Though some might think that including Mario's trusty steed doesn't add much to the experience, they would be dead wrong. Yoshi is nearly identical to his incarnation in Super Mario World 2: Yoshi's Island; using the Wii remote and pointer, players can eat up to three enemies with Yoshi's tongue. Yoshi can also do his trademark flutter jump (and in fact, a glitch allows players to jump like this indefinitely), and has three special fruits he can eat. The Bulb Berry is used in stages involving darkness such as the haunted Boo houses and are used to light up otherwise inaccessible areas and platforms. The Dash Pepper turns Yoshi red and makes him run so fast that he can run on both water and on walls temporarily. Finally, the Blimp Fruit will temporarily swell Yoshi to the size of a balloon and allows you to hover upwards like a hot air balloon. 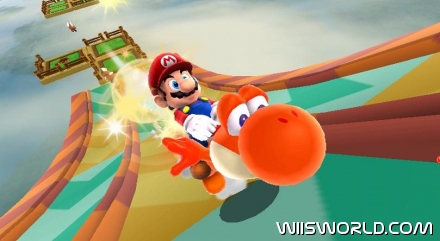 A noteworthy addition to Galaxy 2 is a much greater role for Luigi. Rather than simply playing the same game over again as Luigi, players have the option of playing most of the game's other stars as Luigi and can choose at the beginning of a level. When the player obtains 120 stars, they then have the option of playing as Luigi in any challenge. For the most part, Luigi plays exactly as he does in the first Galaxy but thankfully the game doesn't artificially increase the difficulty for him, which happened fairly often in the first title. Also, if the player chooses to undertake stars as the 'Green Machine' and obtains these stars, they will often be given developer ghosts for further challenges. The players are allowed to try and beat the times of Nintendo's own play-testers, no mean feat.

For those who were irritated by the original game's tendency to randomly generate the comet challenges of the original and keep them only temporarily, the sequel comes to the rescue. The comet challenges do return in Galaxy 2, but are completely optional and under the player's control. Throughout the stages are a new item called comet medals. If the player manages to obtain one of these while finishing a star challenge, then one comet will appear when all of the 'normal' stars on a stage have been collected. The stage the comet appears on can be random, but thankfully stays for good after it appears. A player still has to obtain the comet star first in order to have another appear, but these comet challenges generally tend to be somewhat less frustrating than those of the original Galaxy.

The game also places a greater emphasis on gravitational puzzles and planetary orbit than the original galaxy. One level involves Mario flipping from top to bottom continuously, and players will often find themselves upside down. There is also a greater emphasis on bosses and players will be able to tell that these new tyrants had quite a bit of attention paid to their design and challenge... with the exception of Bowser. Like his incarnation in the original title, Bowser has a predictable attack pattern and is quite easy to defeat with the same fight spread across three different stages. Overall though, the bosses are far better than those from the original Galaxy. 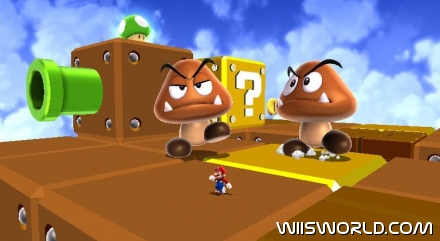 The presentation in Galaxy 2 can be considered somewhat disappointing compared to the first. While stages are still incredibly colorful and all other games look positively filthy by comparison, they also tend to be simpler, shorter, and less extravagant than those of the original Galaxy. While the music is thankfully once again fully orchestrated, quite a few of the tracks are simply recycled from the original Galaxy and many of the better ones are replaced with tracks that simply aren't as good. Nonetheless, the music is still superior to nearly every game on the market and Koji Kondo's talents still shine brightly.

With an already established gameplay engine, Nintendo was able to give Galaxy 2 a far greater degree of polish than the first Galaxy but this also gives rise to what might be seen as a flaw. Like the version of Super Mario Bros. 2 that originated in Japan (which we in the states call The Lost Levels), Galaxy 2 is far more difficult than the first. This is especially evident in both the Prankster Comet challenges, the locations of Comet Medals and the later Green Star Challenge. In some stages, a single jump or misstep can result in a lost life and it's just about assured that many players will either throw controllers into the screen or start tearing out their hair in frustration. Speaking personally for a moment, this reviewer had few genuinely difficult stages except the teeth grinding Grandmaster Galaxy, which took upwards of sixty lives to complete successfully. Some players may also be turned off by the high star amounts needed to simply finish the game. Also somewhat frustrating are the bird flight stages which play similarly to the first Galaxy's ray surfing and the return of the 'rolling' galaxies which involved Mario navigating giant glass balls.

Galaxy 2 also has a lengthier lifespan than it's forebear. After the player obtains 120 stars and defeats Bowser, they are given the 'Green Star Challenge'. Similar to the coin challenges in the 2D Mario titles, there are usually three new green stars put into each stage that the player must obtain. 122 new stars are spread across all seven worlds; while some are easy to find and in plain sight, others would lead one to believe that the game designers were more than slightly sadistic. A good portion can only be obtained through tricky jumps that force players to risk death by black hole. Others are found in incredibly out of the way places, including areas that players might have considered to be simple background objects. Thankfully, none of the green stars require timed, daredevil, purple coin or other 'comet' challenges which makes them difficult, but obtainable. Though nothing is gained from getting every star, it does much to lengthen the game and is a worthy challenge.

Is Super Mario Galaxy 2 the best game on the Wii? That's debatable. It is however, one of the best Mario games ever.

Fantastic review there. I welcome the higher difficulty level.

Lol, if it's one of the best Mario games ever, there's no way SMG2 couldn't be the best on the Wii! :D This game was incredible, and it once again proves that just about anything, especially epic fantasy music, can fit in a Mario game!

I'm glad people have liked the review, months after it was posted. JACK, it IS possible to finish Grandmaster Galaxy. It took me about sixty to seventy tries, but I effing DID IT! Ahem.

For me, it wasn't the galaxy that was the problem. It was the prankster comet.

That was what I meant KKD, thanks for clarifying it. The Galaxy itself isn't that hard, you're right, it was the Prankster Comet that made the last star so difficult.