The world's most popular party video game is getting a lot crazier in Mario Party 8. Whether you're shaking up cola cans or lassoing barrels, you and your friends will be drawn into the action like never before using the Wii Remote.

Game storyline: In Mario Party 8, a whimsical ringmaster has invited Mario, Peach and the rest of the crew to his carnival, a perfect setting for the dynamic spectacle of the Wii game play. Mario Party 8 keeps the surprises coming with minigames that draw upon the Wii Remote's motion, pointing and button control in a variety of ways. Players always know how to jump into the action by watching an animated tutorial that shows how to use the Wii Remote.

How to progress through the game: Following tradition, Mario Party 8 takes the social, strategic game play of board games and adds breaks for quick, action-oriented minigames. In the main mode, players travel across six boards in search of Stars, landing on spaces that are helpful (example: giving coins) or a hindrance (example: sending Bowser in to mess with the player). Several variations for these boards tweak the main goals to enhance game play for solo sessions, two-player games and three- to four-player games.

In addition, Mario Party 8 includes four more minigame-infused kinds of board games, such as Tic-Tac Drop, where players earn the right to put the next mark on the board by winning a minigame.

Characters: Mario Party games are a celebration of all things Mario, so you can play as 14 classic characters, the widest selection yet for the series, including newcomers Hammer Bro and Blooper. You'll also bump into many old friends and foes that span 20+ years of Mario games.

Special powers/weapons/moves/features: Beyond using the Wii Remote's motion and pointer control, this eighth game in the Mario Party series goes its own way with two major changes:

Mario Party 8 has no review on Wii's World. Write a review

Mario Party DS commercial
Here's a TV commercial for the new Mario Party on Nintendo DS. How about that for some cheerful...

Spastic train back on the rails
Hoot hoot! A week or so back we heard that Mario Party 8 had been recalled in the UK. The reason being it contained the word 'spastic'...

Mario Party 8 recalled in the UK
Nintendo of Europe has recalled all Mario Party 8 discs in the UK due to problems. The official statement is: "Unfortunately we have... 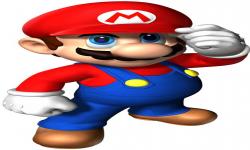 Mario Party 8 coming to Wii
Nintendo have announced Mario Party 8 will be heading to the Wii. Details are thin on the ground, but it's certain to release in...

Games will be even more intense on the Wii, can't wait for this one.

I love Mario Party! Thinking about earlier N64 editions though. Wouldn't it be a little hard to play on the Wii? It would surely have to limit the mini-game types, wouldnt it? Mind you I haven't played the recent Mario Parties on the Gamecube.

This one will be great with the remote but if you ask me the games become less and less creative as it goes on.

If this goes online, I'll kick all of your asses!

You hope you can but I doubt you would.

Since this is made by Hudson (I'm not too sure if they still do), this game should have Bomberman in it!

You know what sucked about Mario Party after the 4th one? It's that Donkey Kong was taken out of the character list and did his own mini-games. I'll admit that the mini games were fun, but it's better to play as DK.

I honestly can't wait. Having Mario Party parties every Saturday night is surely something else. I hope it starts going uphill again though, being the fan that I am. I want the release date so I can sleep over outside the place that gets it first a couple days before. That's how stoked I am. As for DarkVic, I'll battle you if it's online. Bring it on.

With Mario Party 3 I rubbed my thumb raw. What the hell is going to happen to me with this?

All the mario party's rock.

Mario Party 5 was only good for a few weeks.

I agree that Mario Party is fun. The only ones I haven't played are 3 and 7. Number 5 is ok. The mode where you create a ship is cool as well and the Story mode wasn't half bad. But number 6, the minigames got more and more boring. Hey I like the mini game where you run around on that star thingy in the sky and all these fish come and break it and you have to dodge em and all that.

But now we have the wii mote.

I accept Jess. If anyone whants to battle me, I'll name my name for wi-fi will be DarkVic. I hope this game has better characters than 7. That was horrible!

Oh come on! Doesn't anyone like Donkey Kong!? Aw well. Oh yeah! And Bowser should be playable in this too!

I have hated every single Mario Party game that ever came out, well except for 5. Mario Party 8 should be awesome because of the Wiimote. This is going to be the best Mario Party ever and I can't wait to play it next year.

I hope Mario party 8 will be like 3, 3 was really good but the party series will get old if they go past 10.

Mario party 5 was my most hated of them.

8?! God, I hope they make that many Super Smash Bros. Unless they start repeating themselves. That would suck.

Yea 5 sucked bad. I hope this one really blows you away.

Yeah, I got 4 & 5 and enjoyed them for a few weeks (I was 9). Not until now have I realized that they have absolutely no replay value whatsoever! I mean, at least other games have some. One hour is enough to look good in comparison to these games. They are good for multiplayer mode though, so wifi will be an awesome addition to this series. I'm not kidding. Once you can play multiplayer all the time, these games will rule supreme!

I have all the other Mario parties and the mini games are great. Just think of how these are.

They are going way too far with this damn game. Oh well, it's their game.

Yo, anyone suggest any 3rd party characters for this game like Mario Hoops 3-on-3 did?

Yo Donkey Kong, you're only saying that because you haven't been playable for 3 Mario Parties straight! I hope that you are playable in this one. And don't be so mad about Mario Party, it rocks! Besides, you won't be in any Mario platformers or RPGs.

YES! Another Mario Party game. Can't wait for this to come out.

I like mario party. And every other mario game, BUT that's NOT THE POINT. The point is this has super-sweet potential.

Hey darkvic. Just want to be the center of attention don't we?

Mario Party 8? How many more do we need!

No more mario parties for a while!

The game screenshots look interesting. Japan got to play it on 11/3.

I don't care what anyone else thinks, but I'm getting it.

Mario Party is WAY overrated. As I said before, it's good for multiplayer. In fact, it would RULE as a wifi game but for a single person wanting to play it, it is not entertaining at all.

I think this will be great, it will take skill rather than button bashing.

Manboobs, I know you love Mario Parties. Don't deny it.

I love all Mario Party games!

I like the Mario parties but come on! They keep coming up with one after another way too quickly. Every new one is pretty much the same as the last one. They need to slow down and make up newer ideas before coming out with a new game.

These minigames will be way better than the ones for Gamecube.

2 is very simple. 3 has too many items. 4 weird items. 5 like items not capsules. 6 good board maps. 7 good graphics.

I think this game is really cool.

Well I always liked Mario Party games. I might get it.

Anyone who thinks games will be limited on this game has a dysfunctional brain. Seriously you have regular buttons and the wiimote's sensory capabilities!

I don't like the Koopa Kid aka Mini Bowser, he's just another copy of the Koopalings, like Bowser JR.

Yeah donkey kong! I just would like mini bowser. The three koopas just took the fun out of everything.

I think this game will be awesome! I sure hope Yoshi will be in the game, he is awesome. Kick butt Yoshi!

I hope this the greatest Mario Party game ever!

The Wii's unique control scheme will make this the best Mario Party ever!

All mario parties are the best!

I hope the 2nd New character will be Diddy Kong!

Yes. I agree. Diddy kong is the best! Dixie could be a tour guide on one of the modes.

BrothaZ: To a lot of people, Mario Party 8 was just another set of mini-games and a new design. The game may be that... read more

BabyWii: When I first got the game I realized that it would be my first Mario game on the Wii. Upon checking it out,... read more

Zack: Wow, 8 already. You would think that Nintendo would have fixed all the chinks by now. But if this is your... read more

Andrew: To answer it to a shortly, yes and no. I bought Mario Party 8 within the first few days it had been released... read more

Wii60: It's pretty surprising that Mario has gone through 8 Mario Parties in the past 8 years. Thats one Mario Party... read more